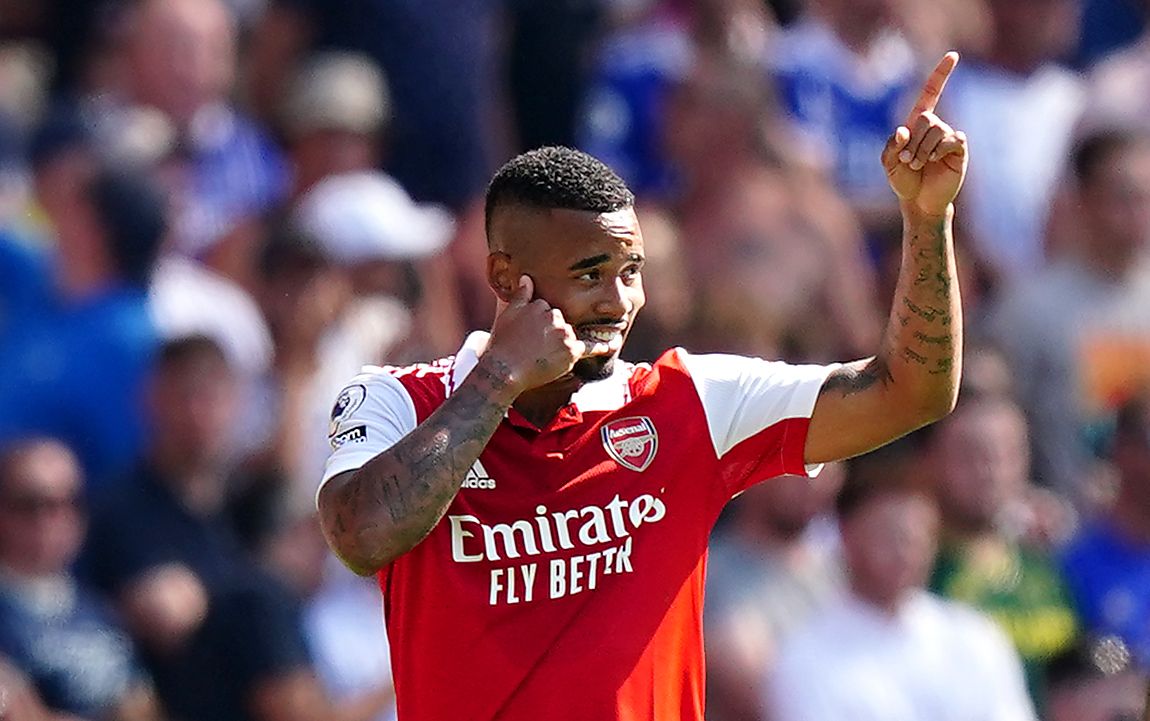 Jesus scored his first goals for the Gunners since his summer departure from Manchester City, netting twice in last weekend’s 4-2 Premier League win over Leicester.

Parker, whose newly-promoted Cherries are trying to bounce back from a 4-0 thrashing at City, is full of admiration for the Brazil international and braces for another stern test when Mikel Arteta’s men visit Vitality Stadium on Saturday night.

“Mikel had the player at Manchester City and he is a top striker, an incredible centre-forward.

“He probably has every facet of his game as a number nine: can come in, can tie the game, is also a threat to your backline too, endless work rate in terms of pressure and driving the line from this direction.

“It’s a real challenge for us this weekend to try and shut him down, he’s a great player for them.”

Arsenal are one of only two clubs with a 100% record after the first two rounds of top-flight matches, alongside early leaders Pep Guardiola.

The north London club were bottom of the division after losing their opening three matches last season.

Having ultimately missed out on Champions League qualification to rivals Tottenham last season, Parker backed the Gunners – who also signed Oleksandr Zinchenko in the summer – to be “up there this year”.

“What Mikel has done in such a short time is fantastic,” Parker said.

“The progression they’ve made in terms of signings has made them even better.

“I seriously see them as a team that is going to be up there this year. It’s a technical team with enormous quality all over the field.

“We are going to accept this, we are ready for this and we will do the work that we can to try to undo this and try to make it as uncomfortable as possible, while understanding the challenges that we will face. face and the problems they will cause.

“We have a big challenge ahead of us.”

If All Or Nothing: Arsenal proves anything, it’s that Gooners should adore Mikel Arteta