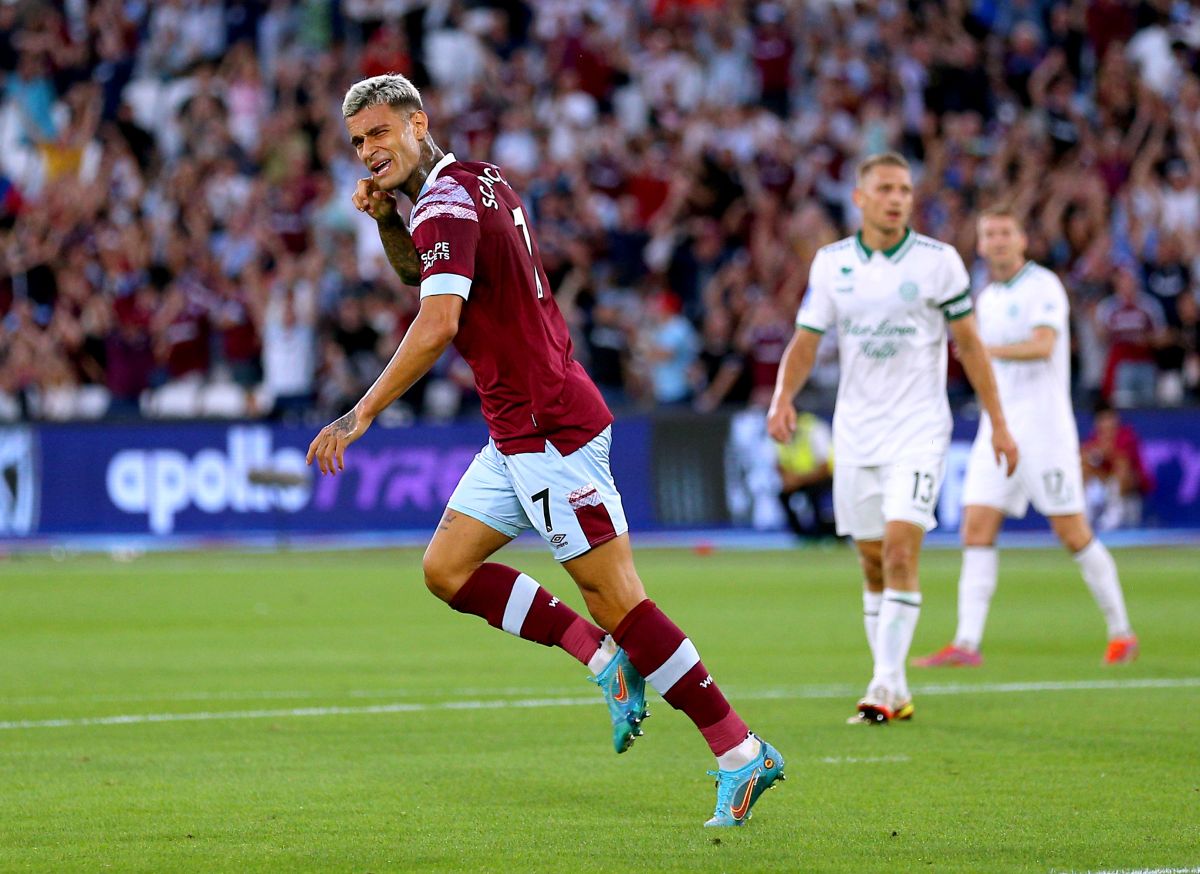 Gianluca Scamacca scored his first West Ham goal as the Hammers began their final European campaign with a 3-1 win over Danish club Viborg.

Jarrod Bowen added a second after the break and although Viborg pulled one back, Michail Antonio completed things with the third.

It gave the Hammers some breathing room ahead of the second leg of that qualifying play-off in Denmark next week as they bid to qualify for the Europa Conference League group stages.

West Ham were without Declan Rice and Aaron Cresswell, as well as Moyes, all banned for various indiscretions during the agonizing Europa League semi-final loss to Eintracht Frankfurt in May.

It had also been a difficult preparation for Viborg for what was probably the biggest night in their history after two players, Nigerian winger Ibrahim Said and Gambia striker Alassana Jatta, were denied entry into the country. due to post-Brexit visa rules.

Nonetheless, burly striker Jay-Roy Grot proved a handful ahead for the visitors, particularly for Hammers substitute skipper Angelo Ogbonna who was making his first appearance in nine months following a cruciate injury.

But Moyes watched from the stands as nearly £50m of his summer acquisitions combined to give West Ham a 24-minute lead.

Ex-Burnley winger Cornet made his way to the goal line, backed inside and lifted a cross for Scamacca to head home at the far post.

Viborg provided a sporadic threat and when Cornet gave the ball away Grot was sent on goal, with Alphonse Areola rushing in to save with his legs.

The second goal came in the 64th minute when Bowen collected the ball from 30 yards out, surged forward and kicked a low drive into the corner.

But four minutes later, Viborg halved the lead with a header at the far post from Jakob Bonde.

Areola was forced into a mid-air save by Nils Mortimer to deny the Danes an equalizer before Antonio netted the third with a tap-in from the back of compatriot Said Benrahma.

Hearts punished for poor defending in defeat to Zurich

Mike Dean: I made mistake over hair-pull in Tottenham and Chelsea game