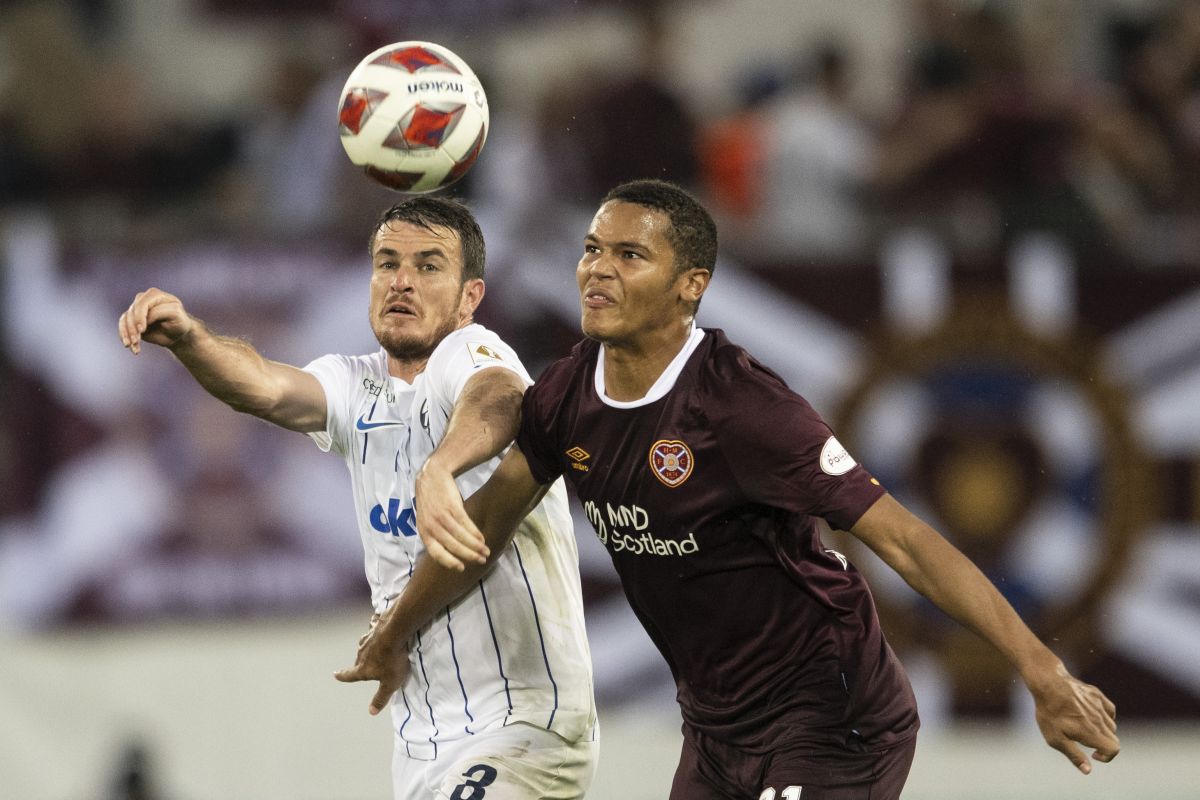 Hearts manager Robbie Neilson hailed his players for going through a tough time in Switzerland and setting up a chance to reach the Europa League.

Lawrence Shankland put Hearts ahead from the penalty spot midway through the first half of their Europa League play-off first leg against Zurich but the hosts were ahead on 12 minutes.

Hearts survived a few scares to recover from a 2-1 deficit at Edinburgh and Neilson believes their fans can propel them to victory at Tynecastle next week.

“I thought the players were outstanding,” he told Hearts TV. “We started the game well and scored the goal, then we lost two goals in quick succession which shook us up a bit. But I think the players reacted very well.

“Coming here against the Swiss champions, with a lot of international players, a very, very good team, and we held on, it created chances. Yes, sometimes we took advantage of our luck, but that’s part of football.

“I was really happy with the players but now we have a chance when we return to Tynecastle next Thursday with 20,000 fans screaming at the top of their lungs. It’s going to be an entertaining night.

“The fans were outstanding from the moment they arrived, they were there hours before the game and sang all the way through, and the subs were racing and the guys were always cheering them on.

“I’m sure they’ll have a wonderful evening and hopefully next week at Tynecastle we can give them something to really cheer about.”