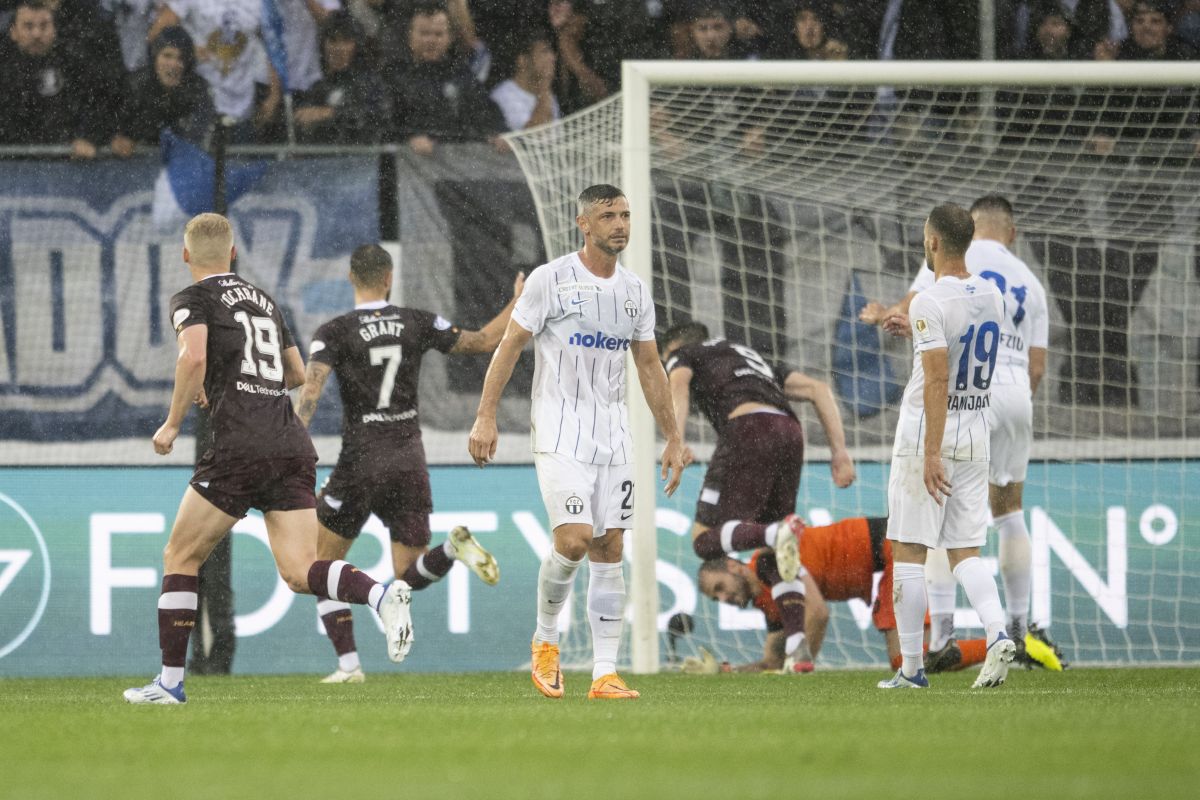 Hearts lost two weak goals in two minutes after taking the lead in Switzerland as they fell to a 2-1 loss to Zurich.

Lawrence Shankland put Hearts ahead midway through the first half of the Europa League play-off first leg but the visitors trailed on 12 minutes.

Adrian Guerrero equalized after Hearts failed to manage a single long ball and then Blerim Dzemaili took advantage of a more mediocre defense.

There were other scares but Hearts emerged from their first European game in six years with a real chance of progressing at Tynecastle next week. The losers are guaranteed group action in the Europa Conference League.

Hearts will need to improve, however, to reach the top competition after Zurich brushed aside a poor start to their title defense and loss of home advantage.

Sitting bottom of the Swiss Super League with two points and a goal from five games, Zurich had to make a 50-mile trip to St. Gallen with its own stadium booked for a pop concert.

Hearts suffered an early hit when Craig Halkett left with a muscle strain in the seventh minute. Toby Sibbick took his place in the bottom three.

The defeat was keenly felt, but Robbie Neilson’s side initially dealt with the disturbance without needing to rely too heavily on Craig Gordon, and the visitors took the lead after Nathaniel Atkinson fell in the box.

The referee initially played but appeared to receive a message from his assistant, and replays showed the Australian winger receiving a full set of studs to the top of his ankle from Ole Selnaes. Shankland drilled the penalty into the bottom corner.

The Swiss champions were level after Atkinson was left to face the goalkeeper’s kick and was only able to head it behind him under pressure from Guerrero, who showed brilliant technique to pass Gordon.

Atkinson was soon among several Hearts players who failed to manage a cross and Dzemaili went unmarked in a crowded penalty area to clip a powerful strike into the top corner.

Hearts rallied and Shankland was denied another penalty after being bundled up. Barrie McKay created a chance for Jorge Grant to equalize after beating two defenders, but home goalkeeper Yanick Brecher went down to save the shot from midfield.

Michael Smith came on for Atkinson at half-time but Hearts continued to look vulnerable down the right side of their defense as Zurich fended off four good chances in the first five minutes of the second half.

Both substitutes failed to make the most of the fast-paced opportunities inside the box and Zurich regained the upper hand.

Hearts fans were on edge as Antonio Marchesano sent a free header wide and Gordon produced an excellent save from Fabian Rohner after the goalkeeper was left exposed.