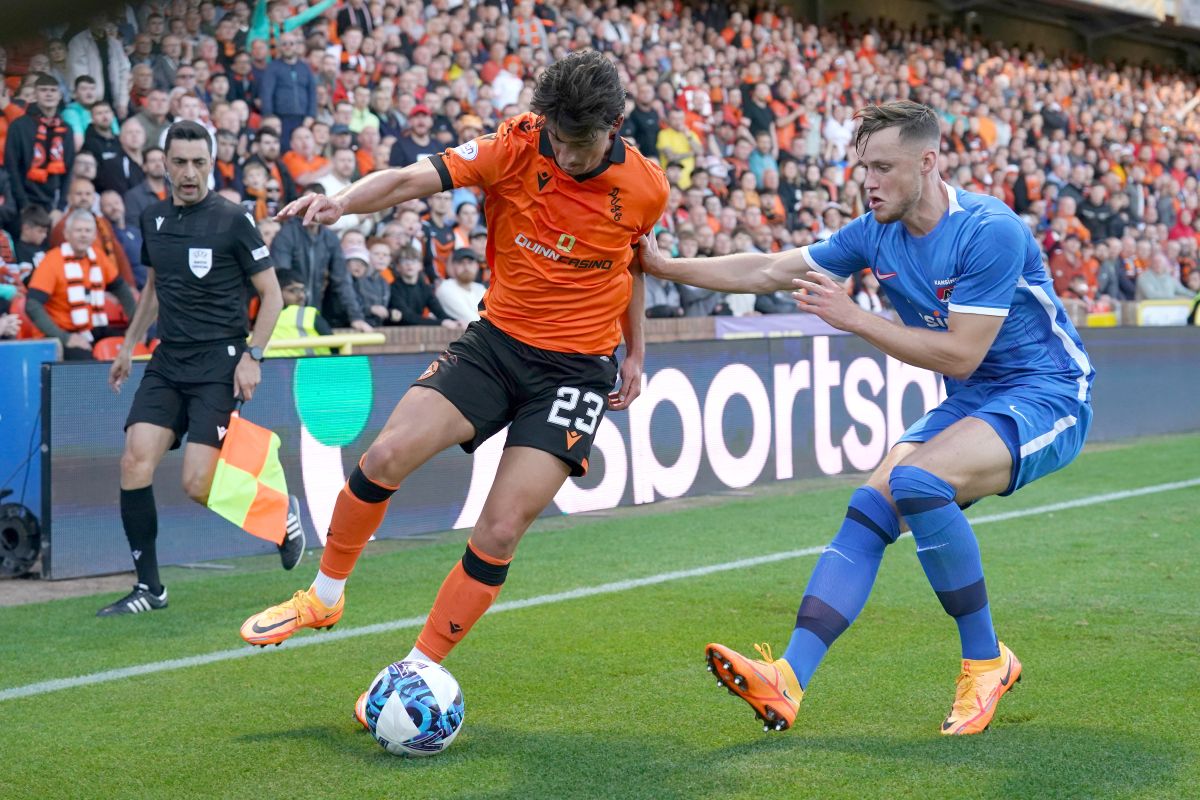 Ian Harkes believes Dundee United need to get back to basics after three straight defeats ahead of Saturday’s home game against St Mirren.

The 1-0 defeat to Livingston in the Premiership at Tannadice on August 7 tempered a thrilling 1-0 Europa Conference League qualifying win over AZ Alkmaar three days earlier at Tayside.

However, Thursday night’s spectacular 7-0 thrashing by the Dutch in the second leg was followed by a 4-1 loss to Hearts at Tynecastle on Sunday which put the spotlight on Jack Ross’ side ahead of the visit of St Mirren.

Harkes is confident of a return to form if “good habits” resume.

The 27-year-old midfielder, who signed with DC United in 2019, said: “It’s easy to forget what we did well.

“The game is going fast and it’s straight to the next game as always.

“But you have to remember when you go through these difficult times that we are a good team.

“We did it at home a few weeks ago against a very good team, so we know we are capable.

“Defending around the box, getting to people faster, not (letting them) get shot, blocking crosses, getting back to that basic stuff.

“And on the other side, being better on the ball everywhere and getting back to that exciting football that we know we can play.

“It’s a challenge. We have to stick to it.

“We can’t bend, we can’t turn in on ourselves, we have to stand up and show leadership in the group.

“We’ve had tough talks, especially following these last two games and now is the time to show that we can be good in some tough times. It’s time to make a statement.

He said: “There is very little between the majority of teams in the Premiership and home and away games are difficult.

“Getting that first league win last week gave them that ‘up’.

“There has been a consistency in the choice of system and Stephen Robinson’s personnel which means there should be no surprises.

“It’s up to us to produce a performance against a good team.”