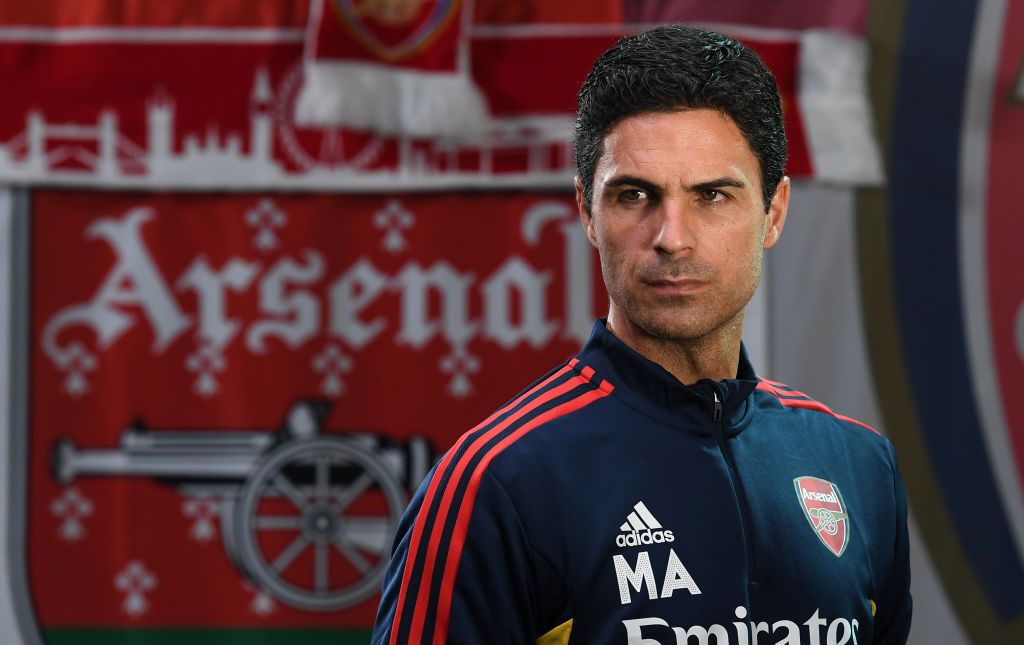 Arsenal fans united in chorus for the manager in the Gunners’ season opener against Crystal Palace, serenading a former captain on the touchline for whom they have a deep affinity. They also sang the song “Super Mik Arteta”.

You see, the head of the Eagles Patrick Vieira is like by Gooners. And why wouldn’t it be? An indomitable general in midfield for Arsenal’s greatest team of all time, Vieira has become synonymous with the club’s continental crisis; a side of flair and strength. Vieira’s name rang during his visit to the Emirates Stadium last season – long before the Arteta chant was born. Author of Arsblog Tim Stillman (opens in a new tab) even touted the Frenchman as the successor to the current boss in FourFourTwoPreview of the season.

This makes Arteta an intriguing parallel. He too captained Arsenal from midfield – but where Vieira was a whirlwind, Arteta was a gentle breeze. Where Vieira recalls a Midas era, Arteta, as a player at least, recalls an era some fans might prefer to forget. Arsenal weren’t great from 2011 to 2016, to be fair.

Two eighths in Arteta’s first two seasons haven’t exactly turned the tide, either. A big rebuild in which the Spaniard demolished the foundations of the Emirates Stadium with little feeling has caused more fans to question his pedigree. Even in All or nothing: Arsenal, director Edu realizes that it is not easy to support a coach who dismisses the captain and the most popular player. And hey, Pierre-Emerick Aubameyang, surprisingly, might not even be the best player this manager has put aside.

Still during the Amazon series (opens in a new tab)from his emotional team discussions and intriguing ideas to his game of thrones-final style, one thing is clear. Mikel Arteta is a figure that Arsenal fans should be eternally grateful for.

Arteta took a pay cut to join Arsenal as a player; as a manager, he walked into a burning building. Nor was it an easy choice to make: nor was it to demand those infamous “non-negotiables” from day one. He stuck to it religiously, adhering to a work ethic that fans on the terraces demand. We’ve seen firsthand that anyone who doesn’t deliver the same will not survive: they have exceptionally high standards for the club.

It is curious that more supporters do not realize this. Especially when the connection to the fans is central in Aall or nothing – of photographer Stuart MacFarlane’s team speech ahead of the North London Derby at Arteta continually reminding his players to tap into the energy of the crowd. And when Arsenal fans end up did start chanting his name with the same fervor as Vieira – the first time came to Aston Villa in the final round of last season – Arteta was asked how he felt (opens in a new tab), given that some of those same people had pilloried him for much of his young managerial career. He hinted that they were right to criticize.

“The more people we have on board, the better,” said the Spaniard after Villa’s victory, while a simple “you see, I told you so” would also have sufficed. “[Arsenal’s] history and tradition is winning all the time. It’s the only acceptable thing and when you’re sitting here or playing you have to accept it.”

But perhaps more than his lyrics, his creative pre-game talks or his insistence that the Gooner faithful are at the center of it all, the most telling aspect of the documentary is the reaction to the setting up Aubameyang on the wrong walk. His best friend, Alexandre Lacazette, takes the lead in his absence. Mohamed Elneny says, “the boss has balls”, while Rob Holding agrees. There is no breath, no cry. The team is behind him 100% – and keep running through brick walls for the man.

When TFF spoke to Aaron Ramsdale earlier this year, the England keeper told us: “Obviously we’ve struggled this season but [Arteta’s] kept that away from the team and allowed us to focus on the football. You’d forgive the dressing room for being polarized about it – especially given those aforementioned eighth-place finishes. The fall seemed to galvanize the team further, however.

The fans may not always have been sure of their manager, but the players certainly were. As the Gunners begin to pull more and more in a better direction, it’s becoming increasingly clear that Mikel Arteta deserves a bit more credit than he’s been given – and how flies on the wall can. testify, everything he has done for the club is at his best. interest. Maybe the next time Arsenal play Crystal Palace it will be his name being sung louder than Patrick Vieira’s.

Lucas Paqueta has been widely rumored as a target in the center of midfield, as has Leicester City’s Youri Tielemans. Arthur Melo has also been touted, although new signing Oleksandr Zinchenko – who says his dream has come true of joining his boyhood club – can also play in midfield. N’Golo Kante has also been linked.

A big-money winger apparently remains the final piece of the puzzle for the Gunners, while Gabriel Jesus’ agent has revealed other sides are for the striker and a wonderkid has left the Emirates.

Ralph Hasenhuttl desperate to see improvement in Southampton’s away form

Bournemouth preparing for the challenge of stopping ‘incredible’ Gabriel Jesus