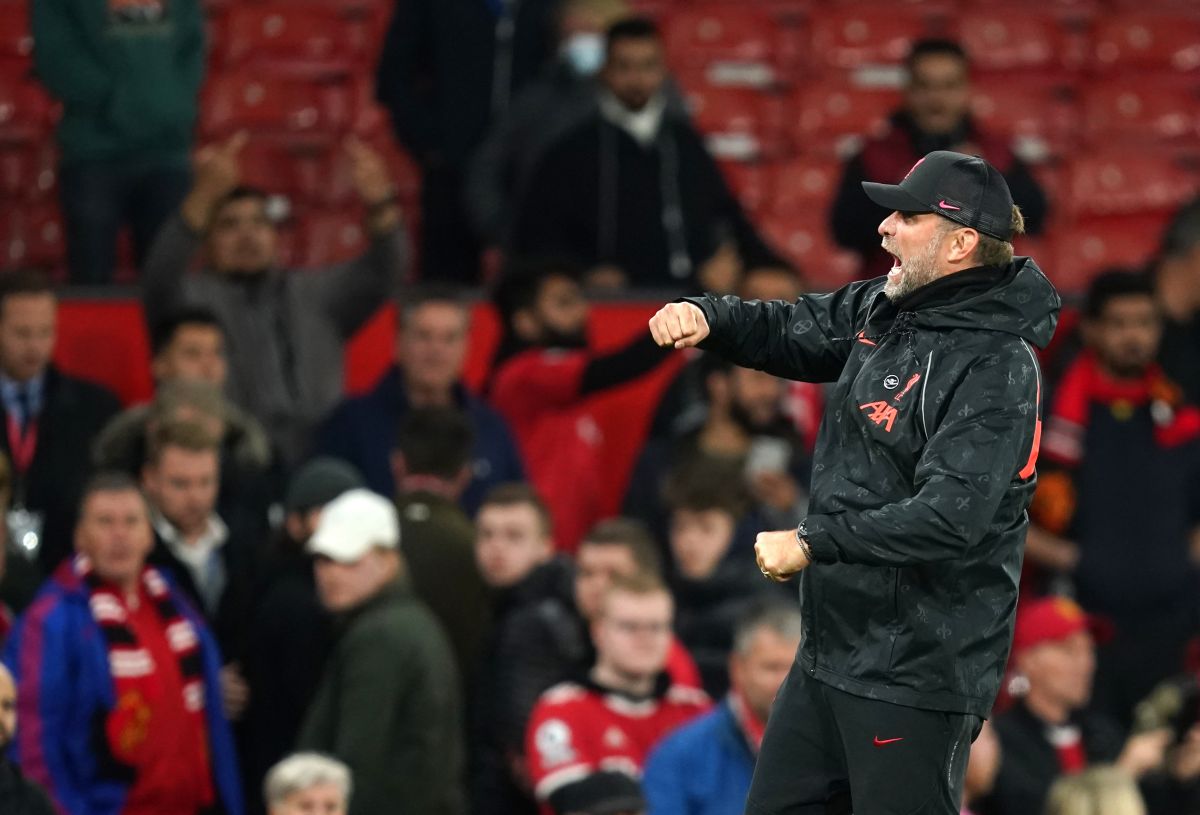 The Reds won 5-0 at Old Trafford and 4-0 at home last season, but a new season and a new manager in Erik ten Hag present a different challenge.

“When we had the two results last year, I already knew then that it wouldn’t help next year. It was always like that,” said Klopp, who confirmed that the striker Roberto Firmino would be fit to start in the absence of the suspended Darwin Nunez.

“I couldn’t be less interested in the results from last year – different games, different situations.

“It just helps United to be even more motivated, if that’s possible in the situations we find ourselves in.

“It’s a completely different game and a different situation.

“I would rather play them after their 5-0 win, definitely. That’s how it is, but it’s not dreamland and you have to take it as it is.

“We’ve drawn two games, so is it better to play us in a situation like this or is it worse? I don’t know.”

Reports in Germany this week suggest midfielder Naby Keita, who is in the final year of his contract, is unhappy with his lack of playing time.

The Guinea international has had major injury and availability issues – Monday’s draw with Crystal Palace was his first matchday appearance as an unused substitute – but Klopp dismissed suggestions Keita could leave in the current window.

“It’s really funny when I have to answer the news because what you would learn if you sat on my side of the table is how often 0.0 (percent truth) is behind the ‘news’ “, did he declare.

“No, absolutely nothing. Naby was sick for a week. The last match on the bench, entirely in training, looks really good, everything is fine.

“But he’s not a player who’s too happy when he’s not playing, but that’s totally okay. Nobody came to me and asked me about it.

Klopp spoke to Nunez after his red card against Crystal Palace but insists the matter is now closed.

“He was very disappointed in himself, obviously, that it happened. The things that the centre-half (Joachim Andersen) has done – he’s not the only player in the world who does that stuff” Klopp said.

“There is no need to walk him around the building with his head down, miserable stuff like that. It happened. We are human beings.

Nunez has received support from fellow Uruguayan Luis Suarez, who himself has had a checkered history at Anfield.

The 35-year-old has never been sent off in three and a half controversial years at the club, but was banned for eight matches for racially abusing United defender Patrice Evra, 10 matches for biting Chelsea’s Branislav Ivanovic and one match for making an obscene gesture for Fulham fans.

“It’s nothing serious, we all made a mistake. The problem is that he just arrived there and in England, to put it lightly, they make a big deal out of it,” he told TV channel Telemundo.

“With what happened to him the other day, I was talking to him (and saying) ‘Don’t give them more chances, it’s only going to get worse’, to make him aware that now (the naysayers) will be looking to take him out. two or three times more often.

“Even more in England. He hears that from an idiot who made mistakes and suffered for them, but falling and getting up made me stronger.

Ralph Hasenhuttl desperate to see improvement in Southampton’s away form