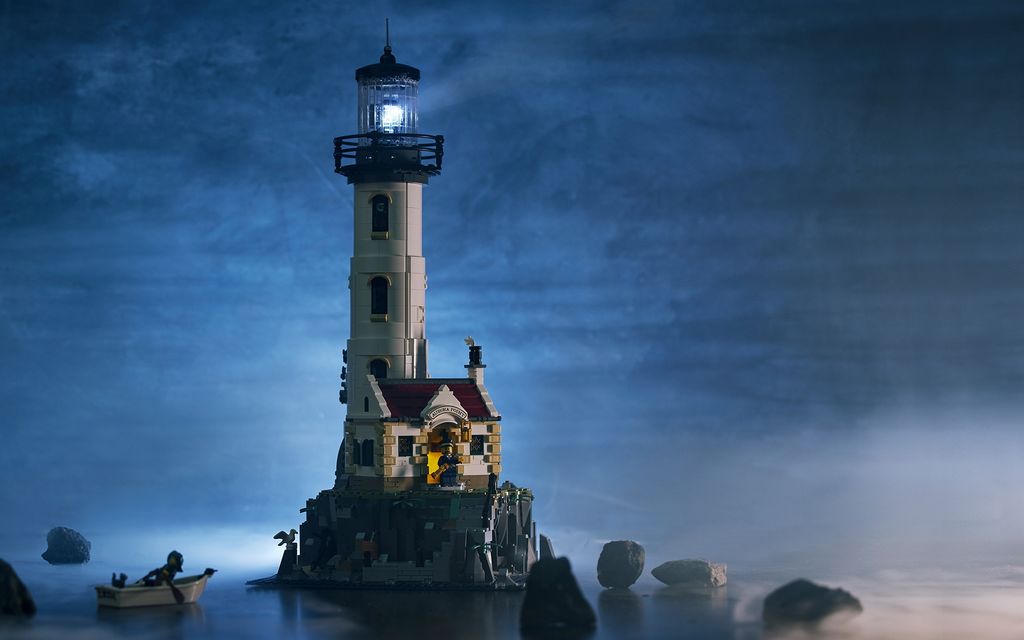 From time to time we report here on LEGO and the corresponding sets. The motorized headlight is new and will be available from September. No, this is not the Bremerhaven model of the sunken north pier, but a “normal lighthouse with a classic touch”.

The 2,065-piece set, measuring 50cm, is crafted with great attention to detail and mirrors how a real lighthouse works. The lighthouse stands on its own island with a staircase leading to the lighthouse keeper’s house. Two figures and their boat add extra detail to the display.

The LEGO Ideas Motorized Lighthouse is based on an idea by 20-year-old Canadian LEGO fan Sandro Quattrini. Sandro submitted his concept to the LEGO Ideas platform, where he received 10,000 votes from fellow LEGO fans. The concept was then commissioned by the LEGO Group to create a real set.

The LEGO Ideas Motorized Lighthouse set will be available from September 1, 2022 from LEGO Stores and www.lego.com/lighthouse at an MSRP of €299.99. LEGO therefore stays true to itself, at least when it comes to the prices, some of which are getting more and more ridiculous – after all: the model contains the PowerUp components battery box, the motor and the LED light with cable.

The first season of the series “See” is free for everyone until August 28, 2022