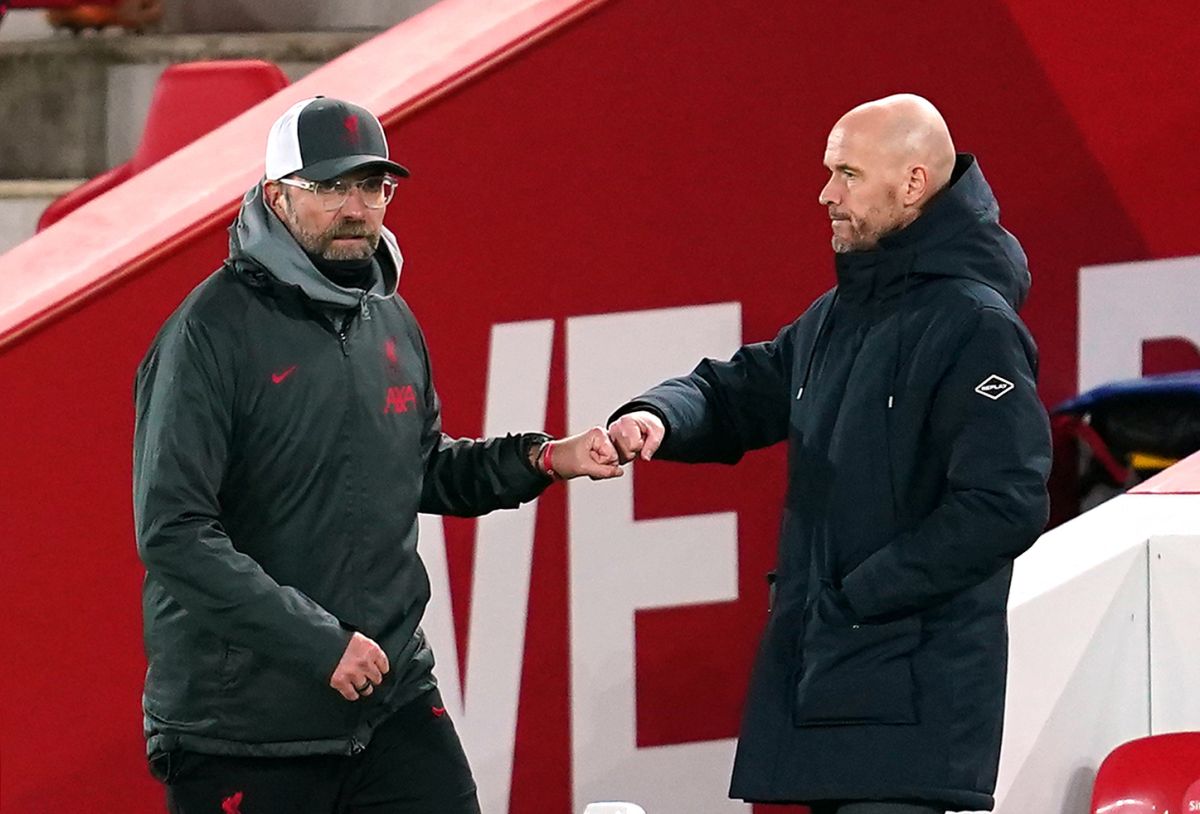 Liverpool manager Jurgen Klopp admits he had an easier introduction to the Premier League than his Manchester United counterpart Erik ten Hag.

The new United boss has lost his opening two matches and now faces his rivals at Old Trafford on Monday.

Klopp was reluctant to comment on the Dutchman’s struggles but said that compared to his debut, Ten Hag struggled more.

“I think for me it was easier because I didn’t come for the start of the season, we didn’t have a transfer window,” he said.

“Actually, I thought after a day that it was my team, so I felt really responsible for all the performances in the first game. But it’s easier.

“And now I don’t think you can really compare, different times. My arrival was probably seven years ago, that’s a long time in football, a lot has changed since then.

“But it’s not easy, certainly not, especially when you have to ‘rebuild’, or as they see it, but change a lot of things (in a) team. It’s not easy.

Ten Hag struggled to introduce the high-paced press he wants his side to play and as they beat Liverpool 4-0 in a pre-season friendly – a match in which Klopp used three separate teams in 90 minutes – two defeats in their first two Premier League games showed how difficult it will be to turn things around.

“It’s obvious what he wants to do, he wants to build from the back,” added Klopp, who had to do similar work in terms of tactics when he arrived in 2015.

“We played them in pre-season obviously. There you could see and feel the idea of ​​high press and that kind of stuff.

“We were definitely not ready for this pre-season game. We made some mistakes but they used them very well.

“United’s individual quality up front is ridiculous. I heard that (Anthony) Martial can probably play: he played against us obviously a very good game, so another boy with technique and speed .

“(They have) the quality of football in midfield, whatever line-up it will have (Christian) Eriksen, (Bruno) Fernandes, Donny van de Beek, Fred and (Scott) McTominay.

“There’s a real quality there and then it’s just about how we handle it. I saw their two games and now we have to try to understand if he (Ten Hag) will change and what he will change.

“We go from there. If we have no clue, we just have to learn it in the game.”

Crystal Palace v Aston Villa live stream: How to watch the Premier League from anywhere in the world

Tottenham Hotspur v Wolves live stream: How to watch the Premier League from anywhere in the world