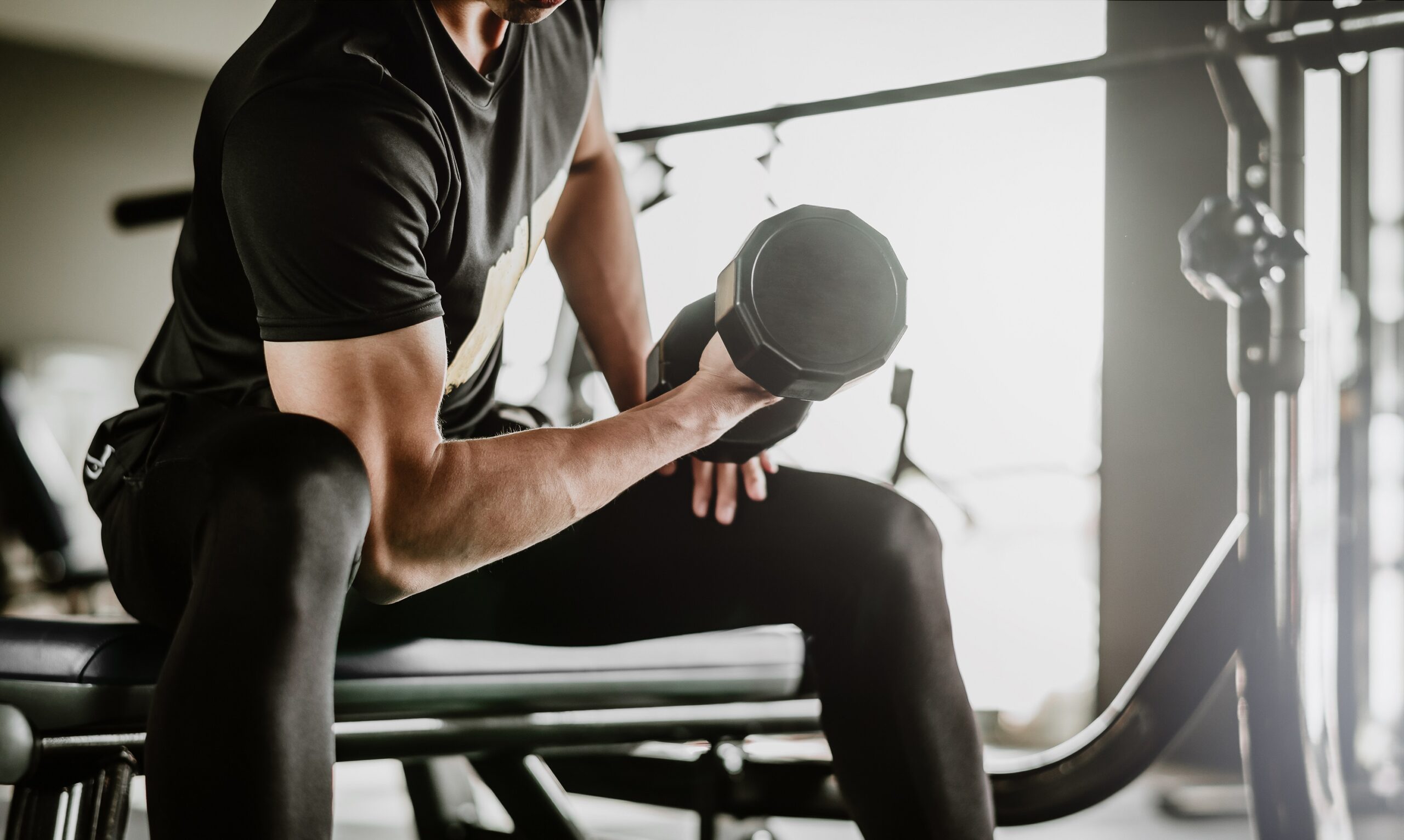 Bodybuilding: It’s not the length that counts, but the frequency

who is regular Gym visited or at home muscle building operates, may have already wondered if it is more effective to train long in a row or spread out several smaller units over the week. A recent study now provides an answer to this question.

researchers of Edith Cowan University (ECU) in Australia and the Japanese universities of Niigata and Nishi Kyushu suggest in recent research that when bodybuilding lots of short sessions are better for building muscle than a few long sessions. The results were recently published in the “Scandinavian Journal of Medicine and Science in Sport“published.

Which strength training is the most effective?

For the study, three groups of participants were accompanied, each with a four week arm workout graduate All groups performed the same exercise – the so-called biceps curlin which the biceps are trained by slowly raising and lowering the barbell.

The exercises were performed on a device that measures muscle strength with each muscle contraction. Changes in muscle strength and muscle thickness were documented and compared at the end.

How did the formation differ in the groups?

While the first group 30 contractions once a week performed on the device, that is, ten repetitions in three sets, led only the second group a series of six contractions through, but repeated that five days a week. A third group performed a set of six reps just once a week.

After four weeks, the group performing 30 contractions in a single day showed no increase in muscle strength. However, muscle thickness increased by an average of 5.8%.

In the group that only performed six contractions once a week, no change in muscle strength or muscle thickness could be observed.

In subjects who Six repetitions five times a week who performed bicep curls became a significant increase in muscle strength documented by more than ten percent. Moreover, a similar increased muscle thickness by about six percent as observed in the first group.

Short Workouts Can Have Significant Effects

“People think they need to do long workouts at the gym, but that’s not the case”stress Professor Ken Nosaka of the ECU. Short but steady strength training can have a significant effect on building muscle.

According to Professor Nosaka, it is just enough Slowly lower a heavy dumbbell six times a dayto train the biceps.

The principle could also work for other muscle groups

“We only used the bicep curl exercise in this study, but we think the same applies to other muscles, at least to some extent.”explains Nosaka.

Strength training protects against many diseases

“Muscular strength is important for our health”, underlines the professor. According to him, the results of the study can help prevent a decline in muscle mass and strength with age.

“A decrease in muscle mass is at the root of many chronic diseases such as cardiovascular disease, type 2 diabetes, certain cancers, dementia and musculoskeletal problems such as osteoporosis”summarizes the scientific manager.

However, the working group cautions that this is an observational study. Why the body responds better to resistance exercise in small doses than to larger loads all at once is still unclear.

Professor Nosaka suspects that the effect could be linked to the brain being called upon more often to bring a muscle to a certain level of effort.

“Yet muscles also need rest to improve their strength and muscle mass, yet they seem to like being stimulated more often”concludes the expert.

Distribute many small workouts throughout the week

“This research and our previous study suggest that it is important to exercise a small amount regularly throughout the week, rather than exercising for hours once a week.”abstract Professor Nosaka. (vb)