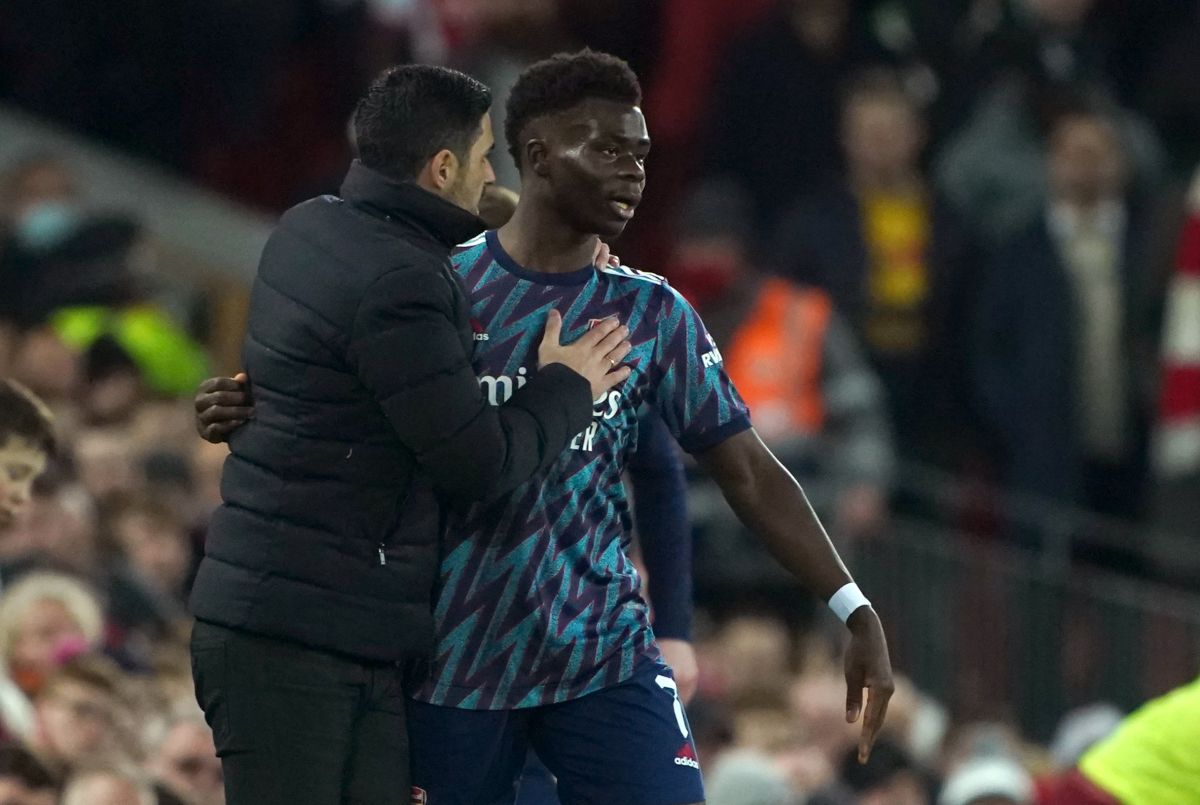 Mikel Arteta is “very confident” that England striker Bukayo Saka will sign a new contract at Arsenal as soon as possible.

The 20-year-old has two years left on his current contract at Emirates Stadium and continues to be a vital part of Arteta’s squad.

Having joined the academy aged seven, Saka made his first-team debut under head coach Unai Emery in 2019 but flourished under Arteta.

Asked about a new contract for Saka, the Spaniard replied: “I’m very confident that we as a club and Bukayo, his family, his agent, everyone, we are very aligned on what we want to achieve. And now it’s a matter of putting it on a piece of paper.

With the new season underway and the prospect of Saka playing the World Cup in Qatar this winter, Arteta is also keen for the player to put pen to paper as soon as possible.

“I don’t want the player or anyone else to be distracted while we’re in the middle of the season. But these things take time and they have to go through the right process, and I think the process has been really good. .

Saka is expected to retain his place in Arsenal’s squad that face Bournemouth on Saturday night, with Arteta having named an unchanged XI for the first two games of the season.

His reign as Arsenal boss began with a 1-1 draw at Vitality Stadium on Boxing Day 2019 – his first managerial job – and he admits he has changed a lot since then.

“I was excited, nervous and eager to see what was to come, but it’s been a long time.

“I think the team and the club need a certain person in every phase and every moment. The coach or manager the club needed a year ago is different from what it needs today. today.

“You have to constantly evolve, now we have to thrive, this club at a different speed and before we had to have a lot of protection to keep us in the right place and not fall apart.

“It is evolving. As individuals, especially people who have a lot of decision making and need to inspire others, we also need to evolve and change.

His squad that day contained four players still at the club but only two likely to be involved this time around, with Granit Xhaka, Ainsley Maitland-Niles and Reiss Nelson named alongside Saka.

When asked if his team was now a ‘Mikel Arteta’ team, he replied: “It was from day one because I made the decision to come here and train these players and I always felt that they were our players.

“We always tried to get the best out of them, help them and try to improve them. Obviously, when you recruit next, you want to sign alongside the club the players who you think can make a difference.

On this day in 2013: Hope Powell left role as England head coach