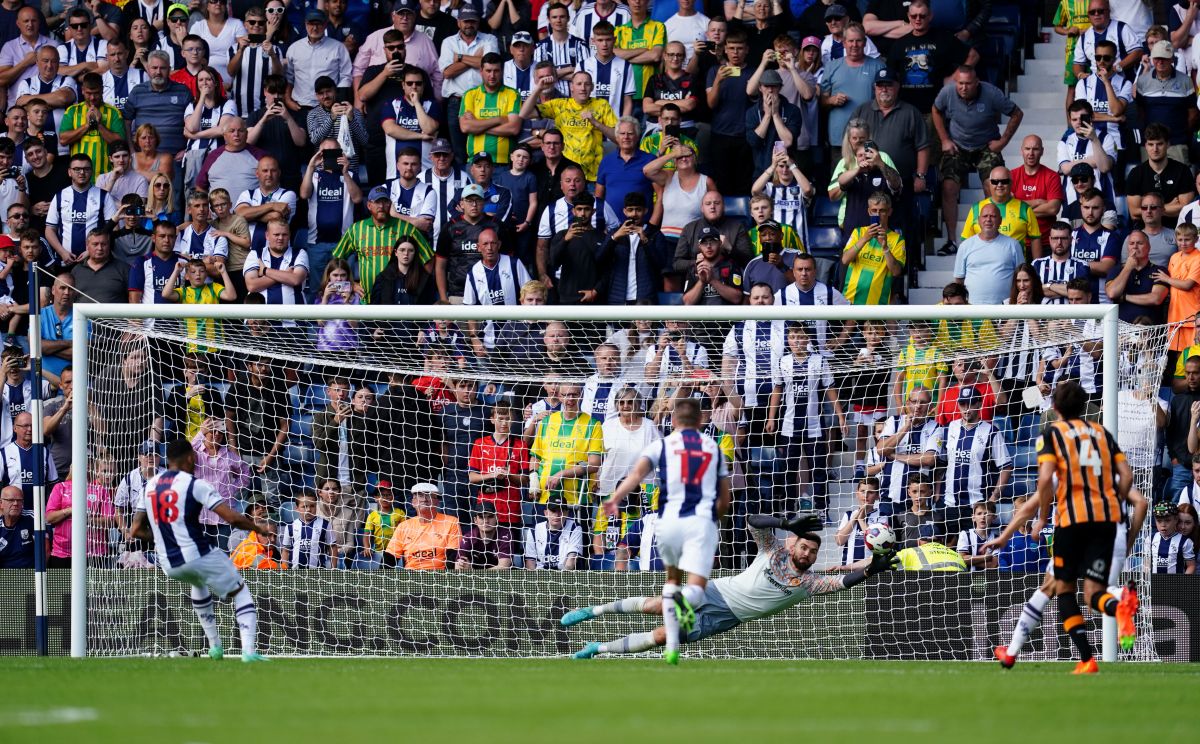 West Brom picked up their first win of the season with a 5-2 win over premier high-flyers Hull at The Hawthorns.

An own goal from Callum Elder put Steve Bruce’s side on the right path against one of his former clubs, then quick goals early in the second half from John Swift and Darnell Furlong, before the penalty from Karlan Grant and Dara O’Shea sealed a welcome three-pointer. for the Baggies.

The Tigers created the first chance when Tufan’s firm shot from 20 yards was stopped by goalkeeper David Button down to his left.

Turkish striker Tufan limped off in the 21st minute following an innocuous challenge from Furlong near the touchline.

Albion squandered two chances just before the half hour mark. Grant’s angled shot was blocked and from the loose ball Furlong screwed wide.

Then Grady Diangana clung over the bar and the far post from Jed Wallace’s suspended cross, before Oscar Estupinan was close to giving Hull the breakthrough in the 35th minute.

The Colombian striker latched on to Ryan Woods’ clever ball and fired an upward shot which Button brought back over the bar, the ball bouncing towards the grateful keeper.

Albion responded by taking a 37th-minute lead, albeit in fortunate circumstances.

A Furlong cross unleashed Jacob Greaves and punched Elder in the stomach before going past helpless goalkeeper Matt Ingram.

Swift made it 2-0 in the 48th minute with a low drive through Ingram into the lowest corner of the net.

Seven minutes later, Albion extended their lead with a low, angled shot from Furlong after a square pass from O’Shea.

Against the run of play, Randell Williams became the second Hull player to hit the bar, this time with a diving left-footed shot that beat Button and dived at the last moment.

One-way traffic resumed at the other end and Grant scored in the 70th minute, from the point, curling low to the left of Ingram after Lewie Coyle stepped on Conor Townsend.

Estupinan pulled one back for Hull when he hit Benjamin Tetteh’s cross after Elder’s long ball at 77.

Diangana then cut inside and drilled a shot against the post, but O’Shea restored Albion’s four-goal cushion with a diving header following a cross from the right in the 85th minute.

Estupinan grabbed Hull’s second from 90 with a neat finish after Tetteh’s neat turn and pass saw it through clear.