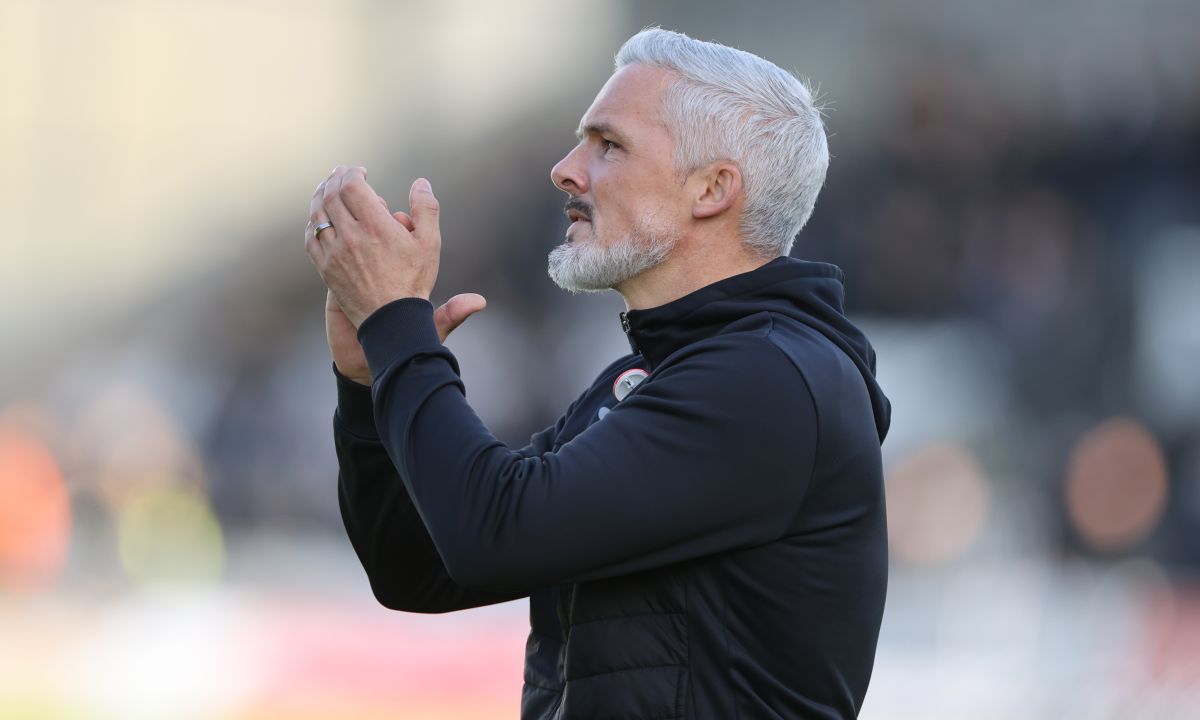 Aberdeen boss Jim Goodwin has praised opponent Annan for giving his side an uncomfortable night before eventually booking their place in the Premier Sports Cup last eight with a 4-1 extra-time win at Galabank.

The Premiership side appeared to be in trouble against their League Two hosts after home captain Steven Swinglehurst canceled out Vicente Besuijen’s opener to make it 1-1 at the end of regulation 90 minutes.

But the Dons asserted their superiority in extra time, with goals from Luis Lopes, Besuijen and Leighton Clarkson.

“It turned into a tougher match than expected,” manager Goodwin said. “It wasn’t out of disrespect. We prepared well, traveled last night, stayed home, did everything right.

“We don’t want to make excuses, we want to give Annan credit. I thought they were excellent. Their fitness levels surprised us, so Peter Murphy and his players are to be commended.

“As in any round of the cup, it’s about passing and we did the nice thing. If you had offered me a scruffy 1-0 before the game, I would have accepted it.

“I’m disappointed to concede when we did and go into extra time. We had highlighted set plays and counterattacks and that was the only way to score.

“It turned out to be set play. I was disappointed with the marking. Annan’s overall performance justified it, but our class, quality and fitness levels finally showed.

Goodwin was particularly frustrated with his side’s performance in the first half, but substitutes Jonny Hayes, Lopes and Clarkson all helped bring them to life after the break.

“I thought the top 45 was flat and we were a bit lacking in creativity,” he said. “We didn’t really have any ideas in the final third and made the changes we made.

“I spoke about the quality and competition we have and tonight was an example of being able to make good changes.

“Duk (Lopes) gave us a real spark. His last three performances he has really shown signs of what he can bring to the team.

Annan boss Peter Murphy was proud of his team.

“The players gave me absolutely everything,” he said.

“The biggest compliment for my players is that when we came back to 1-1 and were pushing for a winner, Jim Goodwin was telling his boys to sit down and get extra time.

“It was too far in the end, but I can’t point to any negatives.”

Thomas Tuchel tells Chelsea to ‘toughen up’ after defeat at Southampton