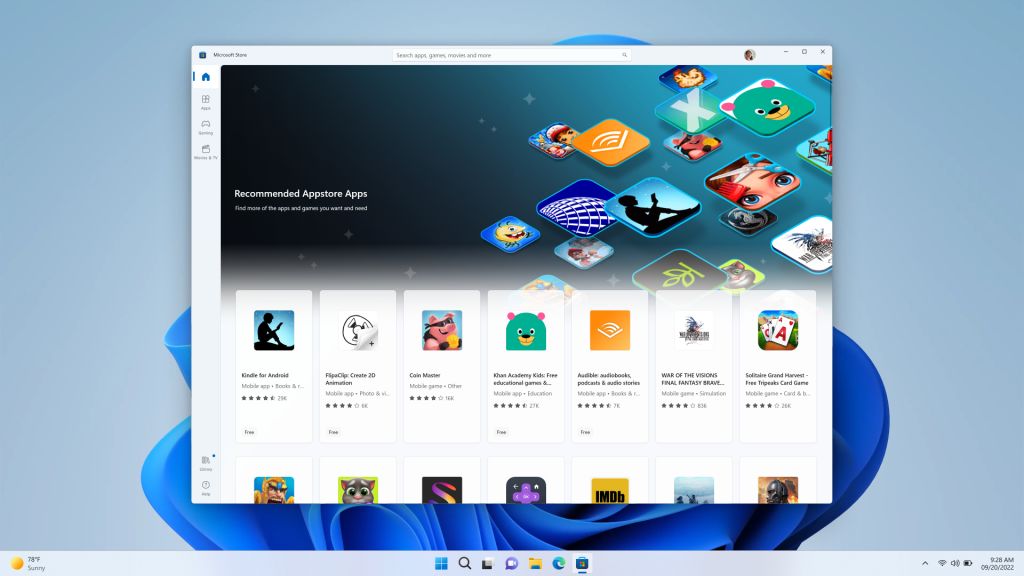 Microsoft has released Windows 11 2022 Update – it contains many innovations. There’s also a lot going on under the hood, because the integration of Android apps will now officially start in Germany, so far this was only possible with workarounds. According to Microsoft, this happens in the next weeks. Apps are delivered via the Amazon App Shop:

According to Microsoft, the Windows Subsystem for Android (WSA) is improved every month. In the latest version, users will experience 2-3x faster graphics performance with hardware acceleration, video DRM support, improved input processing for touch, mouse, and keyboard, as well as various enhancements to the network and security.