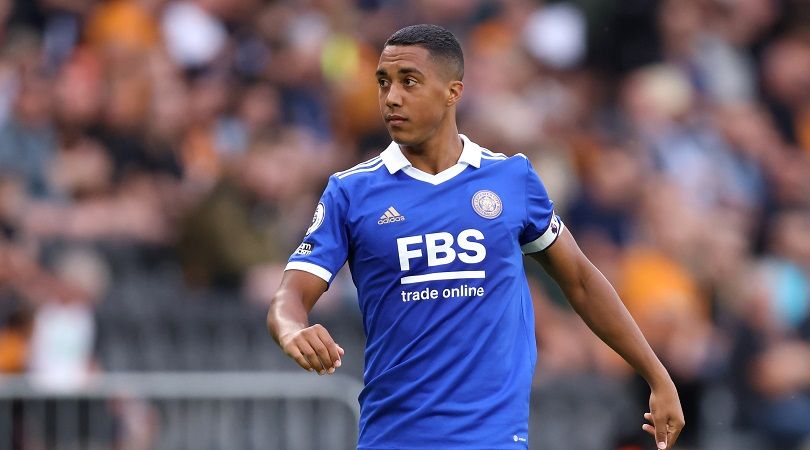 Youri Tielemans insists he has no regrets staying at Leicester City after a summer filled with transfer speculation, despite a dreadful start to the season for the Foxes.

The Belgian midfielder was heavily linked with a move to Arsenal throughout the transfer window, but a deal never materialized and he remained at King Power.

Leicester have started the 2022/23 campaign in appalling form and now sit bottom of the Premier League table with one point from seven games.

But Tielemans, who is in the final year of his contract with the club, believes he made the right decision.

“I’m not going to talk too much about my contractual situation at the moment,” he said while on international duty with Belgium.

“I didn’t leave Leicester this summer because I always said the project had to be the right one.

“Just because things are getting worse now at Leicester doesn’t mean I should regret [staying].”

Manager Brendan Rodgers is under pressure after Leicester’s poor form.

They have conceded 11 goals in their last two league games, losing 5-2 to Brighton and 6-2 to Tottenham, and Tielemans said the international break had come at the right time.

“I’m happy to have some fresh air here because it’s tough at Leicester at the moment,” he said.

“It is clear that things are not going well at the club. We are doing everything we can as a team.

“At Leicester, back-to-back defeats have affected us as a group. We need to use this break to recharge our batteries.

“It’s hard to get rid of it because it’s stuck in my head. Only my children sometimes prevent me from thinking about it.”

Tielemans scored his first goal of what could be his final season as a Leicester player in the heavy defeat to Spurs.

He joined the Foxes from Monaco in July 2019 and has since made 166 appearances, scoring 25 goals and attracting reported interest from Arsenal and Manchester United.

The central midfielder is valued at £40.5m per Transfer market (opens in a new tab)but he will be available on a free transfer next summer if he doesn’t sign an extension.

Arsenal were looking for a ‘mystery winger’ to complete their squad, while a midfielder was also touted.

Mohamed Elneny’s injury means the midfielder is a bit weak at the moment. TFF reported months ago that personal terms with Youri Tielemans had been agreed, with north Londoners needing only to agree a fee with Leicester: a hurdle remained on deadline day. In other news, Bukayo Saka has hinted that he is close to extending his contract.