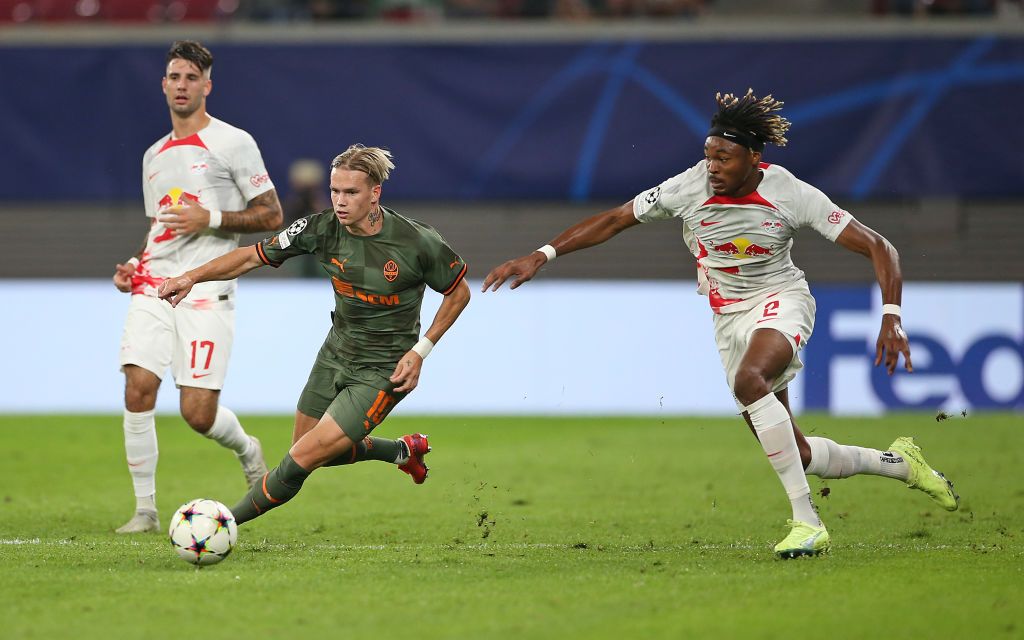 Wanted Shaktar Donetsk winger Mykhaylo Mudryk has said he ‘couldn’t’ turn down the chance to join Arsenal should the Gunners come knocking in January.

The North London club have been heavily linked with a move for the youngster but they are far from his only suitors.

Recent reports have indicated that Newcastle are ready to join the race (opens in a new tab) for the 21-year-old, who has shone in the Champions League this season with two goals in two games.

Mudryk said CBS reporter Ben Jacobs that he “couldn’t say no” to Arsenal and hopes to leave Shakhtar in January.

The Ukrainian club have no intention of letting their young star go on the cheap, however, as sporting director Darijo Srna has warned.

“Mudryk is a serious talent. After (Kylian) Mbappe and Vinicius Junior, he is the best player in Europe in his position,” Srna said.

“If someone wants to buy Mudryk, they have to spend a lot, a lot, a lot of money and respect our club.”

Shakhtar are said to value the player at €50m (£44m) but that price could rise if a bidding war breaks out between the clubs.

Mudryk burst onto the scene last season and started the 2022/23 campaign in fine form.

The Ukraine international scored once and set up two more in Shakhtar’s impressive 4-1 victory over RB Leipzig in their Champions League opener.

He followed that up by scoring the equalizer to earn his side a 1-1 draw against Celtic last week.

Arsenal were looking for a ‘mystery winger’ to complete their squad, while a midfielder was also touted.

Mohamed Elneny’s injury means the midfielder is a bit weak at the moment. TFF reported months ago that personal terms with Youri Tielemans had been agreed, with north Londoners needing only to agree a fee with Leicester: a hurdle remained on deadline day. In other news, Bukayo Saka has hinted that he is close to extending his contract.