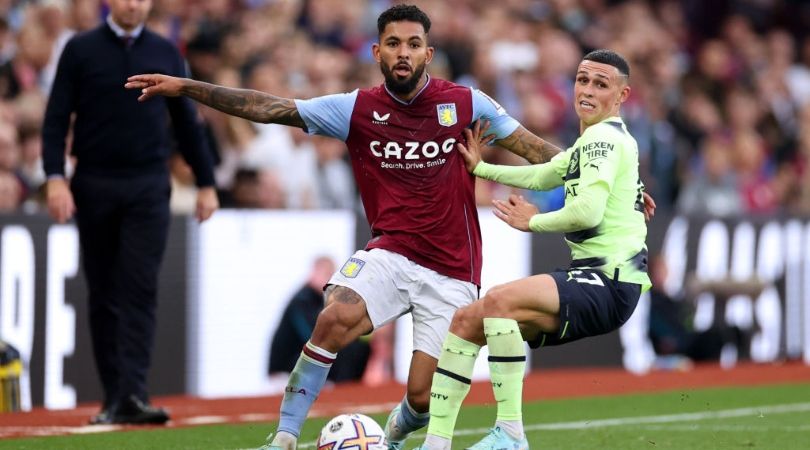 Chelsea entered the race for Aston Villa midfielder Douglas Luiz, according to reports, after Arsenal failed in their bid to sign the Brazilian.

The Gunners had three offers rebuffed on the last day of business as they pushed for the 24-year-old.

Luiz is in the final year of his contract at Villa Park and so the Birmingham club risk losing him for free next summer, but they have resisted the temptation to cash in.

Now the Birmingham Mail (opens in a new tab) reports that Chelsea could enter the equation in the January transfer window.

Villa wanted £40m for the Brazil international over the summer but he will be able to agree pre-contract deals with other clubs from the start of the year.

The Blues could try to bring him in mid-season on a cut-price deal as they look to rejuvenate their midfield, with Jorginho and N’Golo Kante both on the wrong side of 30.

The west London club have been very active in the transfer market over the summer, spending over £250million on new players, the highest figure in Europe.

New arrivals included Raheem Sterling, Kalidou Koulibaly, Wesley Fofana and Marc Cucurella, but manager Thomas Tuchel was sacked at the start of the season after a slow start.

Graham Potter has since taken charge and will look to shape the team in his image after an impressive stint with Brighton.

chelsea apparently wants two new strikers. Callum Hudson-Odoi left for Leverkusen on loanwhile The keystone of Crystal Palace Wilf Zaha and AC Milan star Rafael Leao has been touted for spectacular moves. The Pierre-Emerick Aubameyang Agreement was said to be “close” for days.

Elsewhere, Chelsea have had a breakthrough by signing Wesley Fofanawhile a shock blow for Harry Maguire has been rumored.