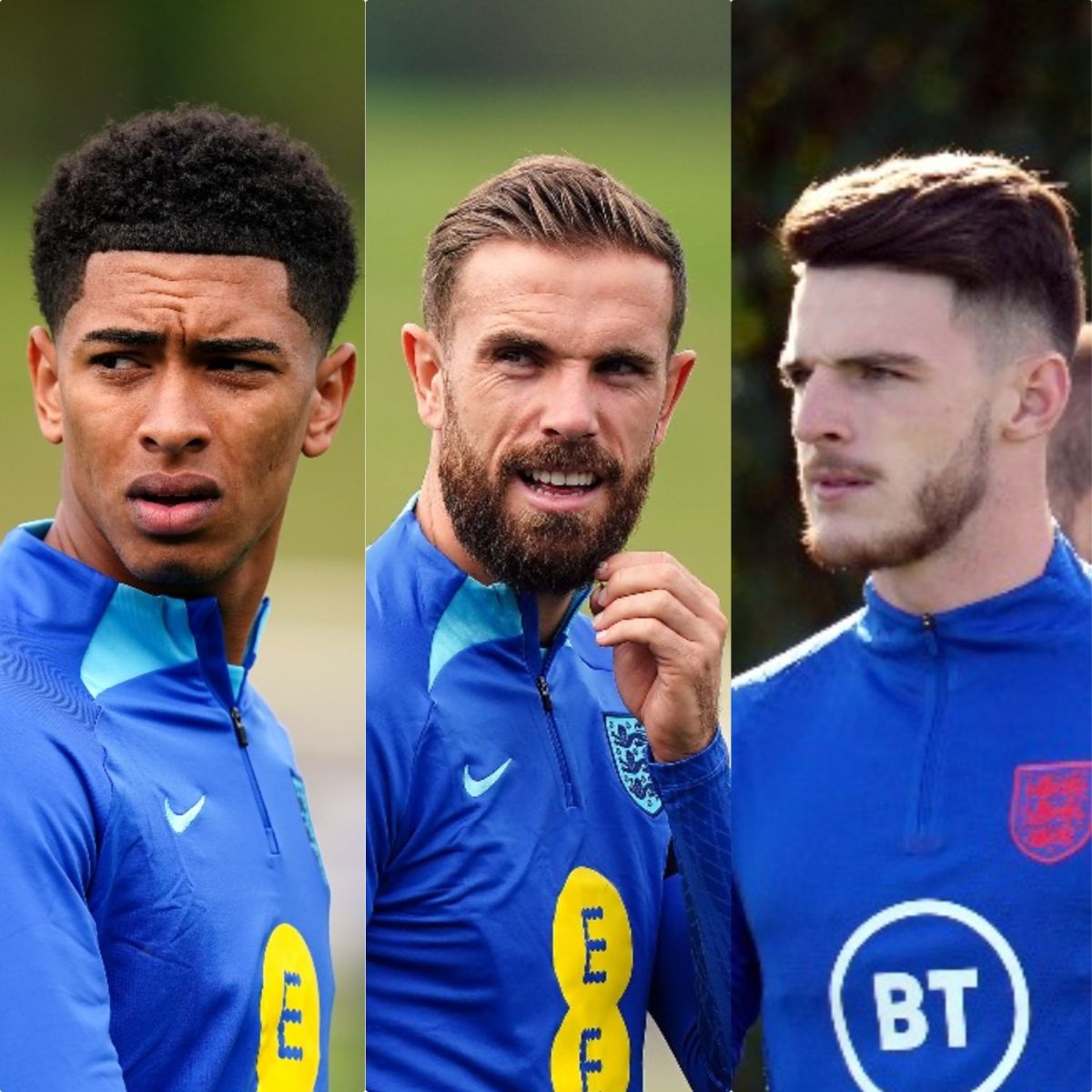 Midfield trio Jude Bellingham, Jordan Henderson and Declan Rice trained indoors as England took to the grass for the first time ahead of their Nations League double game.

Henderson joined the squad on Monday night after being brought in to replace injured Kalvin Phillips and was one of three players not training with the squad on Tuesday morning.

Newcastle full-back Kieran Trippier was also not in the main squad and will only meet the squad later today due to a personal commitment.

Ivan Toney trained for the first time with Gareth Southgate and the other 23 senior players, with the Brentford forward receiving his first call-up last week.

England travel to face Italy in Milan on Friday night, knowing defeat would see them relegated to League B of the Nations League after losing two and drawing two of their Group A3 fixtures to date.