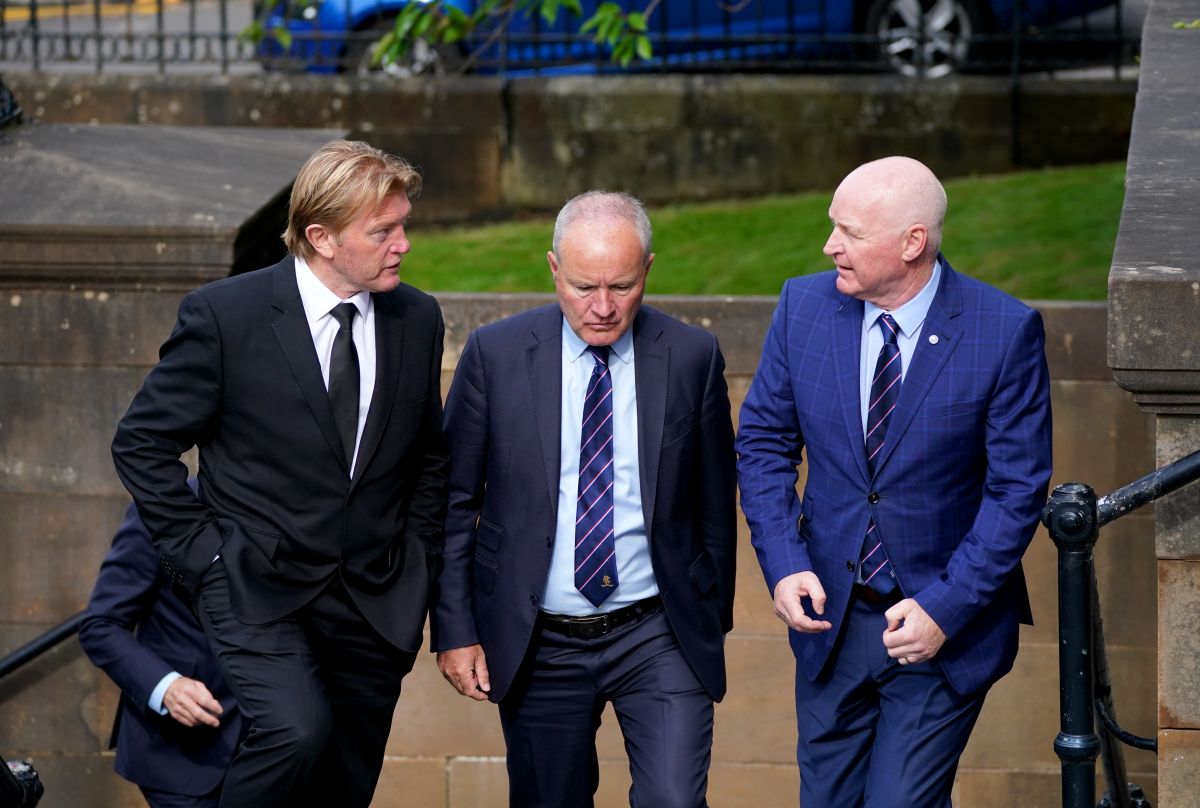 In an extensive interview with Rangers TV, Bennett acknowledged the criticism of the board’s communication with fans was valid, but dismissed claims they hadn’t properly used a recent influx of cash.

Rangers gained access to a potential windfall of up to around £75million through the sale of Nathan Patterson, Joe Aribo and Calvin Bassey in addition to beating PSV Eindhoven in the Champions League play-offs.

Some fans felt the club should have invested more in the squad in the later stages of the transfer window.

But Bennett stressed that none of the revenue was “unplanned.”

“It’s never been so true to say ‘don’t believe the headlines’. I saw one about the Rangers raising money.

“We can object to this and say it’s lazy journalism or the usual suspects have a crack at the club at the first opportunity. Let’s take a look at ourselves, where have we perhaps failed ?

“I think we failed to communicate what, for example, qualifying for the Champions League group stages actually means in financial terms. I think we missed a round, we could have gone out after the PSV game and say let’s celebrate, we’re back, and that’s what it really means.

“Instead, there was a sort of void that was filled with: where did the money go?

“Rangers are not going to be sitting on piles and piles of money as this year goes on. Rangers continue to invest on and off the pitch as the bar only continues to rise.

Bennett, one of many people whose money has helped keep the club afloat in recent years, added: “I’ve lost a lot of sleep over the off-field stuff, finances etc, especially end of 2019 in 2020 and Covid etc.

“I’m in a position now where my sleepless nights about Rangers, and they’re still there, are on the pitch. That’s how it should be, but it’s only recently that the four pillars are in place and everything is working.

“Two record transfers out of the club, but it only started in January this year.

“To insinuate that it’s unplanned or that it’s falling out of the sky is so wrong. It’s really part of the pattern.

Bennett has defended the club’s summer transfer activity, including the £5million purchase of 21-year-old Turkey left-back Ridvan Yilmaz, who has made just three appearances.

After back-to-back 4-0 defeats to Celtic and Ajax, the starting line-up for last week’s 3-0 home loss to Napoli contained none of Rangers’ seven first-team summer signings.

“I know there is a lot of noise about it (summer transfers) on the back of those two unacceptable performances in particular, some justified and, as always, some, I think, less justified.

“I learned a long time ago not to judge a new Rangers player in a matter of weeks. I go back a long way in my life as a Rangers supporter, I’ve probably seen more players take time to settle in than those who launched themselves at top speed.

“I looked at Tom Lawrence and thought ‘there’s a player who hit the ground running’ and then events, things happen, injuries.

“Others have not started for various reasons. We are about six weeks into the season, I will not judge a player during this period. I learned to wait a little longer. We haven’t seen enough of them, I think we’ll see them.

“If you look at another young player we signed, Yilmaz, yes, we spent a lot of money on this transfer. We signed him for five years. I won’t wait five years to judge him but I don’t nor will it after five weeks.

Bennett pointed out that vice-captain Connor Goldson recently described the team as the strongest they had been during their time at Ibrox.

“I trust his judgment and I trust the judgment of the manager, who says he is happy with this team,” he added.