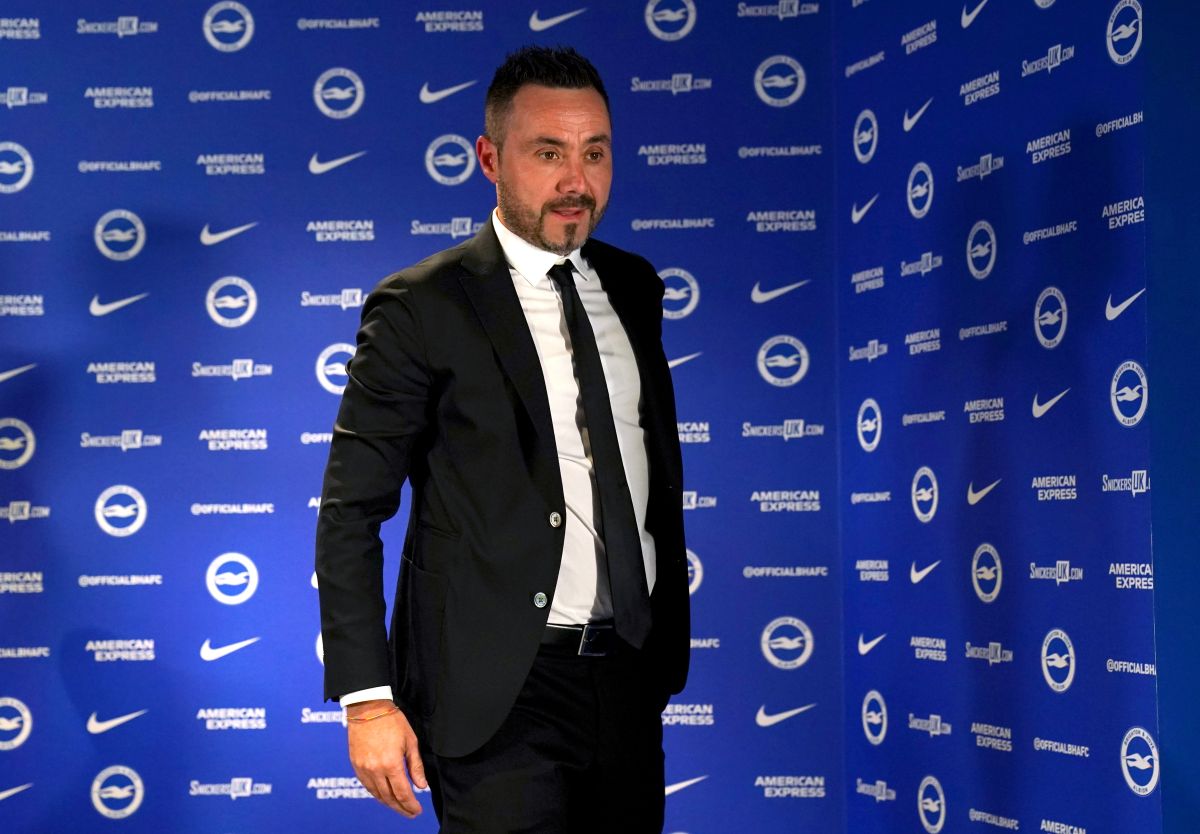 Roberto De Zerbi has pledged to keep Brighton on track for their pre-season ambitions of a top-10 finish in the Premier League.

The 43-year-old Italian insisted he chose Brighton from a host of other managerial opportunities and said he was delighted to succeed Graham Potter with the Seagulls.

Brighton owner Tony Bloom has branded De Zerbi a “natural fit” to move the club forward from the Amex Stadium after Potter left for Chelsea.

Brighton bosses Paul Barber and Bloom have insisted De Zerbi is on a shortlist of people to take the helm, with the club and the new manager believing their qualities and vision align.

“Brighton strongly wanted me as a coach, and their style of play is very similar to my idea of ​​football,” said De Zerbi.

“We met just after we started talking.

“Of course, other teams have been interested in me but I’m delighted to be here.

“I think we’re on the same page and I’m sure we can do it well.

“I spoke to Pep on Sunday evening, yes. He is very happy that I am on board here.

“He told me very good things about the club. And he told me that if I needed it he would be very happy to help me – but of course not in the game we are playing against them!

“I think the right vision is to try to always improve. And of course last season ended ninth so our vision is to stay in the top 10 teams in the league.

“For me, it’s a big challenge. I come to work in the most important league in the world.

“Roberto is a very good choice for the club, for the players we have and for the style,” Bloom said.

“There are a lot of similarities between Graham Potter and Roberto, and that was a very important thing for us.

“When we met Roberto, the conversation was fluid, it went very well.

“We are really confident that we have the right head coach for this football club at the moment.

“I think Roberto had done his homework, he knew a lot about the football club in recent years.

“It was only days after Graham left, so I was quite impressed with the job he had done.

“I think the person is absolutely essential; When we hire a head coach, it’s the person, the coach, the personality, the compatibility with the club.

“All the pieces have to fit properly, and they absolutely did with Roberto; he’s a natural fit for this club.

De Zerbi has received clearance from the FA to start working with the Seagulls, with his work permit approved in the final stages.

Russia’s invasion of Ukraine cut short De Zerbi’s spell at Shakhtar, leaving the Italian coach with no choice but to change his career course.

“The choice to coach in Ukraine was mine, I had chances to stay in Serie A but I chose to go to Shakhtar,” said De Zerbi.

“I made this decision for the players, the club, the opportunity to play in the Champions League.

“And of course, I didn’t expect it all to end when it happened because of the start of the conflict. It was also wrong to leave something that was going very well.

“What can I do except continue to work with the same passion that I have always shown?

“I will always have that experience, at the club and with the people.”