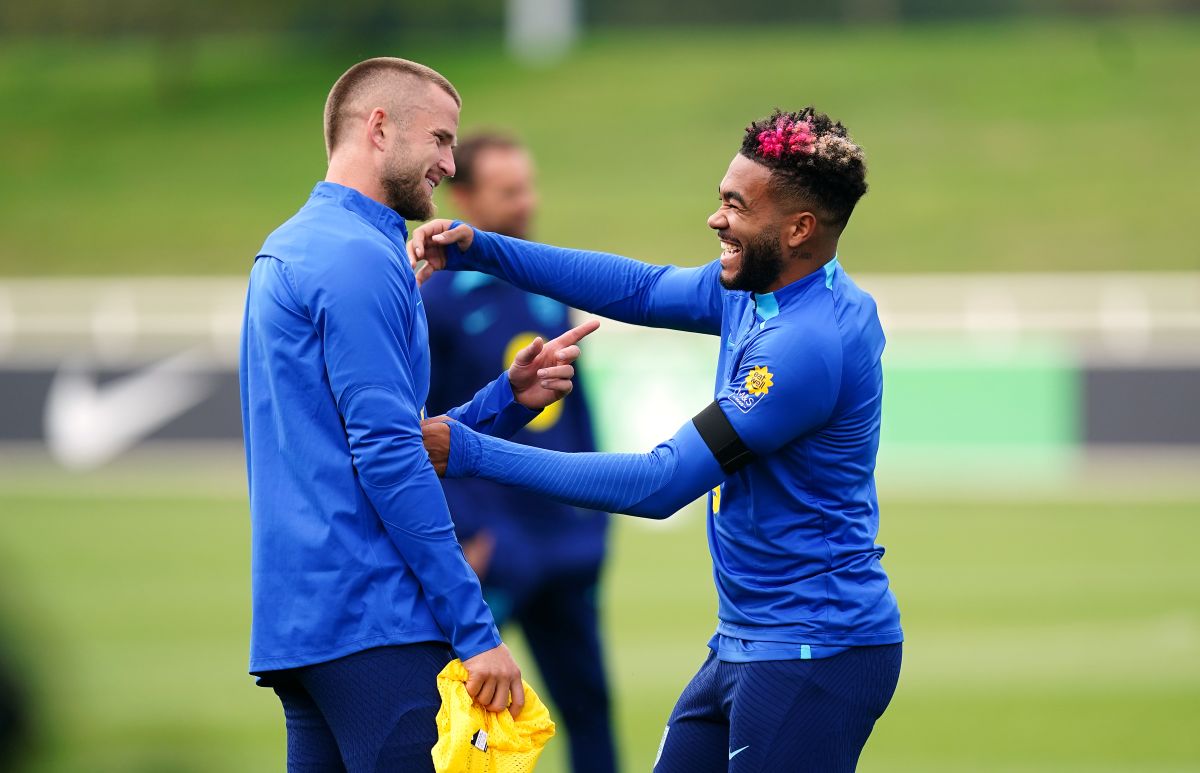 Eric Dier believes football has a ‘serious problem’ with fan behaviour, revealing he told his mum she could no longer travel to watch his matches.

The Tottenham defender was embroiled in a confrontation with a supporter following an FA Cup loss to Norwich in March 2020, stepping into the stands after the fan argued with Dier’s brother.

He was charged by the Football Association, eventually receiving a four-match ban and a £40,000 fine.

He also revealed further abuse aimed at his brother in the recent 2-2 draw at Stamford Bridge by Chelsea and Spurs supporters.

“I have never spoken about this situation in the press before because, to be honest, I was not at all happy with the way it was handled,” he said as he entered the stands. two and a half years ago.

“I don’t know what I can say about it because I don’t know if I’ll be banned again or fined or whatever.

“It wasn’t too dramatic like people claim. But I don’t regret it at all and I would do it again – (for) my family, my teammates, anyone, a friend of mine. I consider myself extremely loyal.

“(Fan behavior) has definitely gotten worse. For me this is a serious problem. I had family and friends at the Chelsea away game with Tottenham and they were having issues and stuff.

“I wanted to point out that these were the two groups of fans – I’m not saying they’re Chelsea fans or Tottenham fans, they’re football fans in general.”

Dier thinks there may be a level of rival fan interaction but thinks it’s “crazy” that his mum has to be kept out of the way in case it escalates.

“I never complain about this stuff and it doesn’t really bother me. We played Burnley after going into the stands for the next away game and the Burnley fans were singing a song about my brother and I like that sort of thing – I find it quite funny,” he said. he adds.

“I like that kind of humor, you know, if it’s in a good way.

“But there are things that I find very strange. It’s not nice. My family would never go to an away game these days because of it – and it’s a shame I feel too uncomfortable for them to go to away games.

” It has been years. My mom hasn’t been to an away game. She would love to, but I’d be worried about that – and that’s crazy, isn’t it?

“All of our families go through this. Each player’s parents have been watching them since they were kids and have been through this stuff.

Dier was talking about his return to the England squad after last representing the Three Lions in November 2020.

Now he has his sights set on the honors roll at St George’s Park, looking to add to his 45 caps.

“I won’t go to the Euros, maybe at that time I didn’t know what would happen after that. I never really thought about it like that,” he said .

“I always thought it might take a while because I’d need to play well consistently for a long time to maybe come back, but I’m just focused on playing well for Tottenham and focus on the things I can control.

“That (reaching 50 caps) would mean a lot. It’s something that, when I wasn’t in the team, was running through my head that I was so close to it. It pissed me off.

“I wish I could reach that kind of milestone. I saw that they now have a chart at the hotel reception of all the people who have made 50 and 100. It’s a dream to be able to reach that.

Dier offered to “sit with anybody and go through every game” of a spell where the general consensus was that he was struggling for form.

He is now playing what he believes to be the “best level” of his career praising the impact Spurs head coach Antonio Conte has had.

“Tactically I learned a lot. Obviously he puts a huge emphasis on that with him and I learned so many things, different things tactically.

Talking points ahead of Scotland’s match against Ukraine