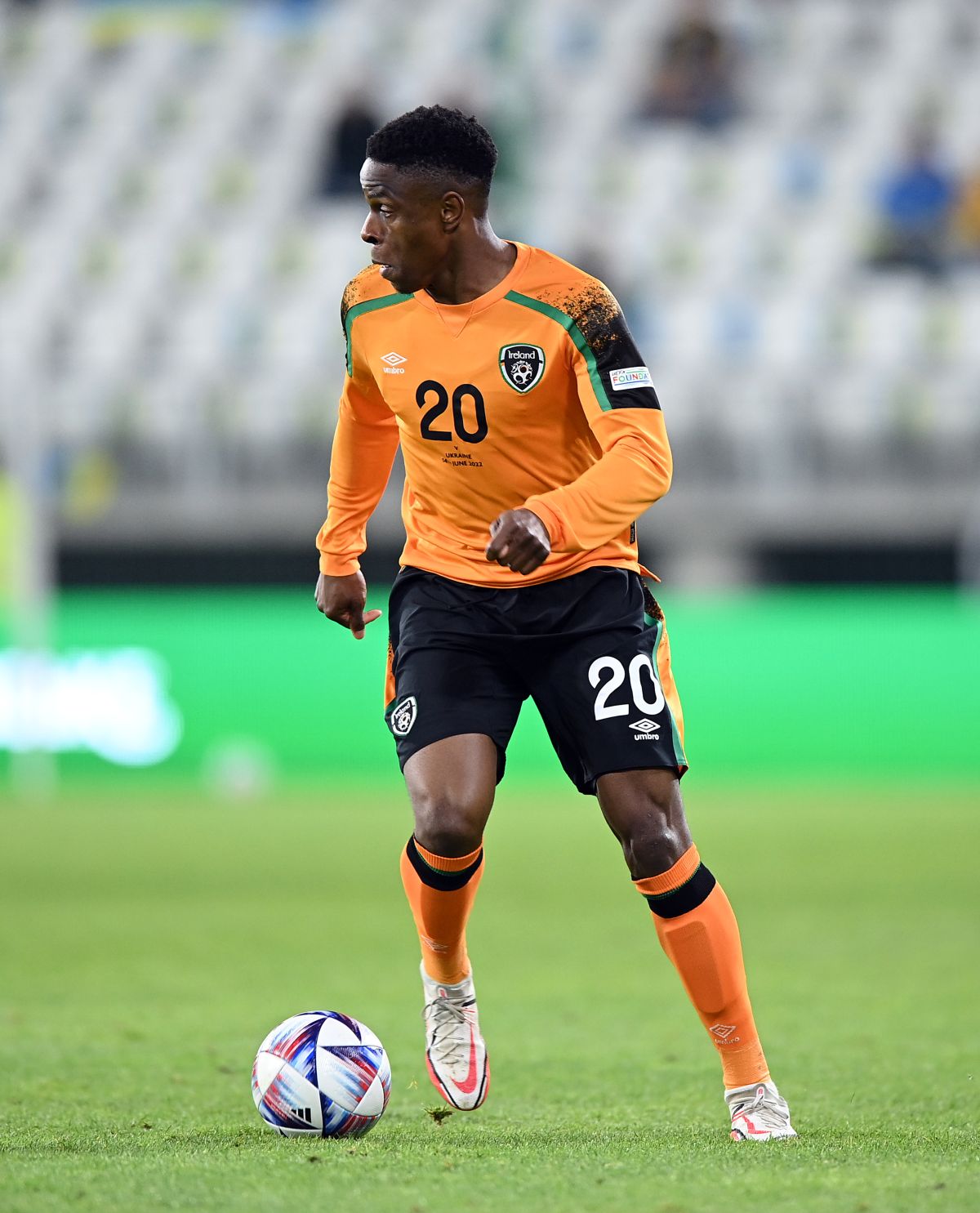 Chiedozie Ogbene has his eyes on the Premier League as he relishes his role as the Republic of Ireland’s surprise package.

The 25-year-old was playing as a wing-back for Rotherham when Ireland boss Stephen Kenny gave him his senior international debut and let him tear up in an attacking role, a move that won him three goals in his first six appearances for his country.

Nigerian-born Ogbene, who got his start in professional football with Cork City and Limerick before moving to England, admits he still has a lot to learn but is not setting any limits to his ambitions.

He said, “That’s the drive I have. I’m sure no player in this building just wants to stay where they are. Everyone is pushing for the next level like every other player, so that’s how I focus.

“That’s just the ambition I have.”

Ogbene made his Ireland debut as a late substitute in a friendly against Hungary in June last year and scored his first senior international goal, again from the bench, in a 3-0 win in World Cup qualifiers in Azerbaijan in October of the same year.

In total, he has 10 caps to his name, although the last of those came as a substitute against Ukraine in June after he was left out of the squad for the 3-0 win over Scotland after a miserable start to the Republic League of Nations campaign. .

Disappointed with the result of the match but we have to keep moving forward!— Chiedozie Ogbene (@EdozieOgbene) June 6, 2022

When asked how he reacted to the disappointment, Ogbene replied, “I try not to get too high when things are good and not get too low when things are bad. These things will happen, but the people around me are quite good.

Ogbene will be hoping for a chance to lock horns with the Scots a second time when the sides meet at Hampden Park on Saturday when manager Kenny has a series of tough decisions to make.

Asked if he would be afraid to drop skipper Seamus Coleman or assistant Shane Duffy, who currently don’t play at club level, Kenny replied: “Would I be afraid to? No. I wouldn’t be afraid to exclude anyone. I don’t think I would be sitting here if that was the case.

“You always have to make tough decisions. They are two brilliant people in the group, both have had tremendous careers, both Premier League players. They’re out of their teams at the moment, but we’re only seven games into the season. I’m sure they will have the opportunity to return to the Everton and Fulham teams respectively.

“They have been great servants to Ireland and still have a great role to play for us in the future.”