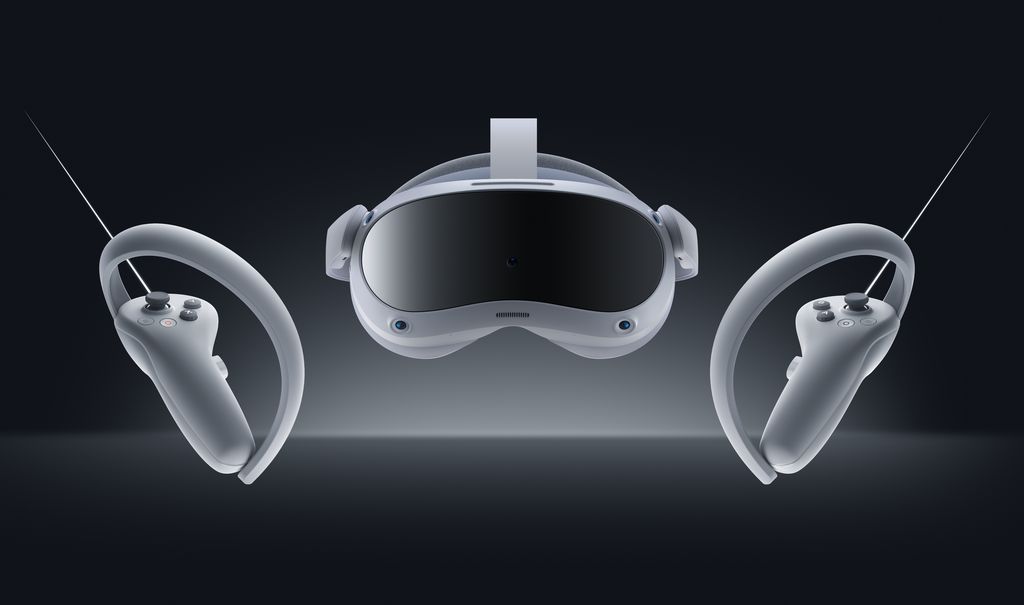 Maybe any of you interested in VR will tell us something about the PICO company? They have been building their own VR headsets there for several years and now want to introduce the new PICO 4, the company’s latest flagship. The PICO 4 is an all-in-one VR headset which, like the Meta Quest/Quest 2 and Co., does not require an additional cable connection and also uses the latest technologies. This includes the Qualcomm Snapdragon XR2 SoC, a lightweight case, a display with 4K+ resolution and – according to the press email – an intuitive user interface.

Without the strap, the helmet weighs only 295 grams, which is also suitable for longer toy sessions. There is also a so-called SuperSkin fabric, designed to protect against heat and perspiration. For athletes, there is also an additional pad that can be put on during sweat sessions. The built-in battery has a capacity of 5300 mAh and promises up to 3 hours of battery life. A glasses spacer is also included with the device, which unfortunately is not the case everywhere. On the outside there are 4 SLAM cameras for positioning and mapping, under the HMD cover there is a 16 MP RGB camera, with which MR interactions with the environment should also be possible. The 4K+ display has a resolution of 1,200ppi and uses a refresh rate of 90Hz. You can also charge the battery via Quick Charge 3.0, which talks about fast charging times.

PICO 4 controllers feature a one-piece rotating arc column with infrared sensors and support 6DoF (degrees of freedom). The HyperSense broadband engine provides haptic feedback. Content for the headset can then be obtained from the PICO Store, where not only games but also social apps and more are offered. Other titles can also be obtained and used through Steam VR. Certainly interesting for sports enthusiasts: the PICO fitness program included. Users can use it tocheck historical VR game data and their power output through VR motion tracking”. Additionally, the PICO 4 can also recommend training plans to users based on their own goals. Fitness content includes Les Mills Body Combat, All-in-One Summer Sports VR, and Just Dance VR. The latter is part of an exclusive partnership with Ubisoft and will be released in 2023. Also from 2023 will appear PICO Worlds, a project with its own avatar system, in the world of which you can then act, play or communicate with other characters. other players. There will also be accessories for the PICO 4, including the PICO fitness band for monitoring lower body movement, carrying cases for transportation, and wireless dongles for stable wireless transmission in any location. environment.

There should also be a Pro version of the Pico 4, which has three additional infrared sensors in the inner area of ​​the helmet, which should also allow eye and face tracking. It should also allow the HMD’s field of view to adjust perfectly and, importantly, automatically to your eyes every time. Facial recognition is used, for example, to teach facial expressions to your VR avatar. Unfortunately, there was no price for the Pro version or a release date.

The PICO 4 is available from an RRP of 429 euros when it is released. Members of the European Neo3 Link Beta program can pre-order the PICO 4 from September 23 via Bestware, VR Expert, XR Shop and System Active. Consumer pre-orders will be available in October through Amazon, Mediamarkt, Saturn, Elkjop, The Very Group and Coolblue.