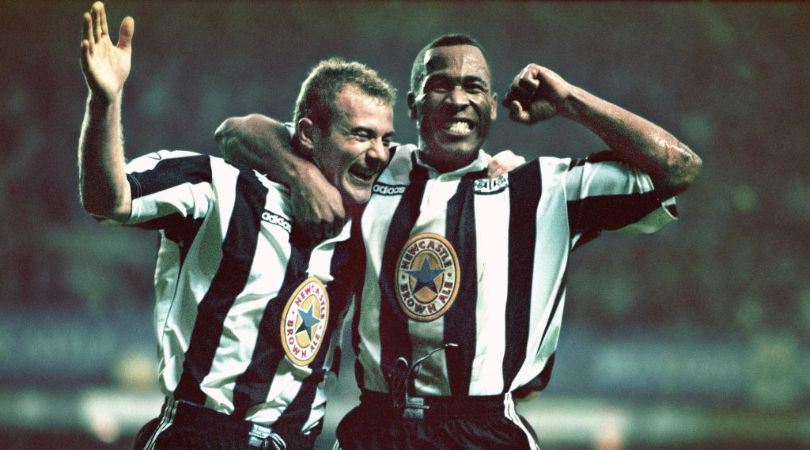 But he had worked his way up the old-fashioned footballing pyramid, starting with Southall and Hayes in the 1980s before a loan spell at Brentford (when they were in the third tier).

He even spent a year in Turkey, where he scored 18 goals in 30 games for Besiktas.

Now director of football back at Queens Park Rangers, says Ferdinand FourFourTwo on the games that changed his life…

“I came off the bench to make my senior debut for QPR at Coventry, about a month before they won the FA Cup. I was up against one of my heroes in Cyrille Régis, who scored two goals that day. We were down 3-1 when I was signed – I was so nervous, and because of that, I can’t remember who I replaced! Even though we suffered a heavy defeat, the chance to make my league debut was a dream come true.

“I got the winner of the first leg of the final on a season-long loan from Besiktas, after going through a few bodies. We won 3-1 on aggregate. My season in Turkey was a real eye-opener – the fanaticism towards football there is on a whole other level than anything I’ve ever experienced. There were 35,000 fans inside the pitch for my first training session.

“I was very lucky to play at Wembley early in my career, for Southall in the 1986 FA Vase Final. I always remember our manager, Gordon Bartlett, saying in the dressing room before kick-off : “One of you may have the opportunity to come back here” We were all looking at each other, thinking that one or two of us could play in another FA Vase or Trophy final … but certainly not for England.

“Making my debut at Wembley, the home of football, was every bit as good as everyone said it was.

“I managed to score the chance with a goal towards the end: a ‘thunderbolt’ header from about a yard. Tony Adams headed the ball against the crossbar and I reacted to the rebound first .”

“At one point in the 1995/96 season, Newcastle were 12 points clear of Manchester United in January. [having played a game more]. Man United closed that gap and won the league by four points, then absolutely humiliated us 4-0 in the Charity Shield that summer.

“I still remember Kevin Keegan’s team conversation shortly before the home game with them the following season. He said, ‘You owe all those fans’, after they had cheered us on at Wembley when we really didn’t deserve it. Every player was so determined to win this afternoon, and what a performance it was – I headed in the third goal off Alan Shearer’s cross. Every time I talk to the fans about Newcastle is the game they talk about.