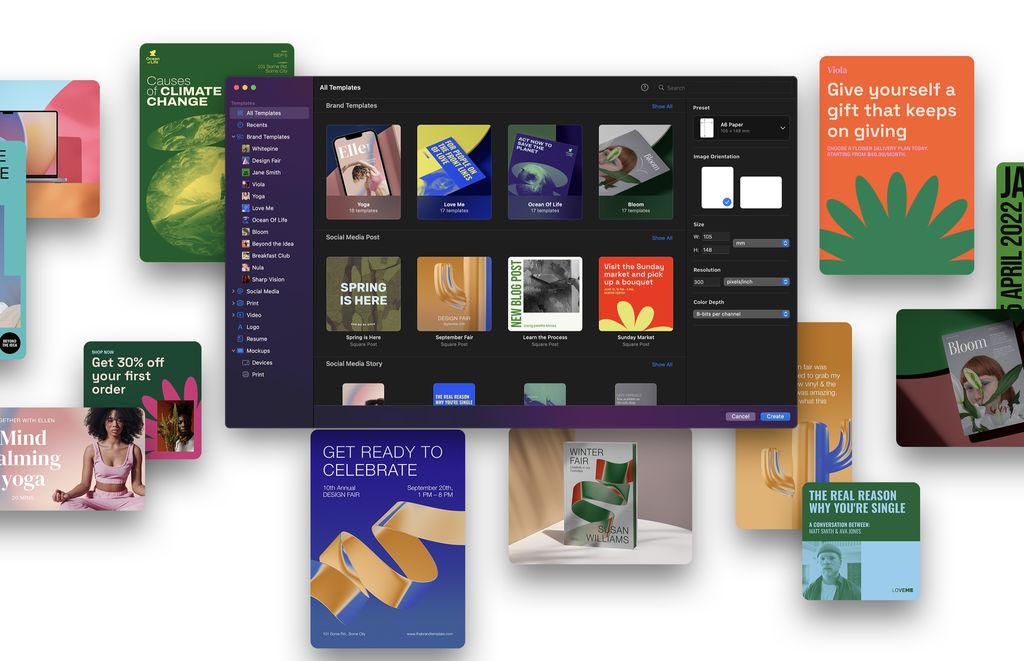 The developers of image editing software Pixelmator have released version 3.0 of the Pro version. A free update for users (Pixelmator Photo recently switched to the subscription model, it is still unclear if fate will befall this application as well). Among the new features of the macOS software: In addition to more than 200 design templates, there are 16 mockups, Smart Replace via AI and alternative elements such as lighting, shapes, effects and illustrations to change the appearance models. Users can choose from 12 different brand collections with templates for web, print, and more. In each collection, they will find models created in the same design language, which makes it easy to create a consistent and eye-catching visual identity, according to the developers. You can find the new functions nicely illustrated here. Pixelmator Pro is currently a $40 one-time purchase.

PS Plus: get five free avatars