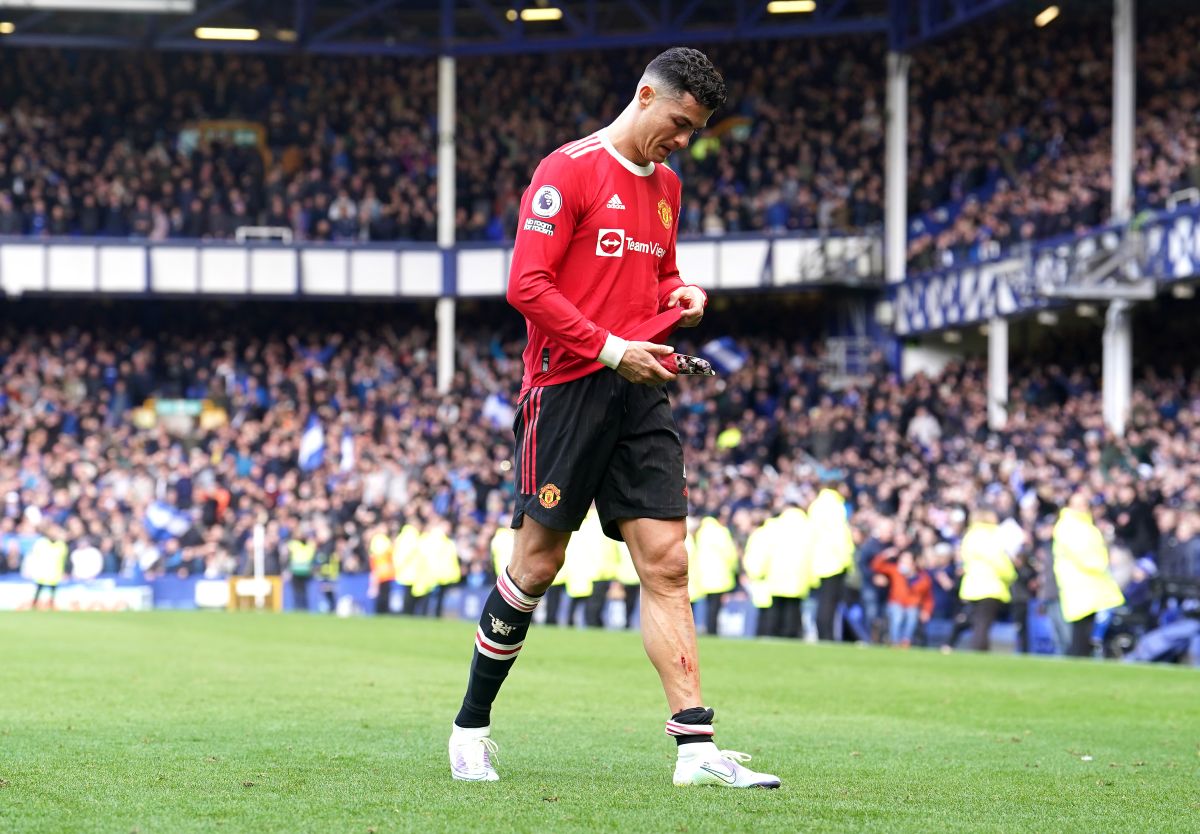 Cristiano Ronaldo has been charged with ‘inappropriate and/or violent’ conduct by the Football Association following an incident relating to the Manchester United striker’s behavior at Everton last season.

Video footage showed Ronaldo appearing to drop a fan’s mobile phone after United’s 1-0 defeat at Goodison Park on April 9, for which the Portuguese were given a warning by Merseyside Police.

Now the FA have decided to investigate the incident and a spokesperson said on Twitter: “Cristiano Ronaldo has been charged with breaching FA Rule E3 for an incident which occurred after the match. Premier League match Manchester United FC v Everton on Saturday 9th April 2022.

“It is alleged that the striker’s conduct after the final whistle was inappropriate and/or violent.”

After the incident, which happened as Ronaldo headed down the tunnel, the 37-year-old apologized on social media for his ‘outburst’ and invited the fan to watch a game at Old Trafford.” as a sign of justice”. the game and sportsmanship”.

Speaking to his Instagram account after the match, the Portuguese striker said: “It’s never easy to deal with emotions in difficult times like the one we are facing.

“Nevertheless, we must always be respectful, patient and set an example for all young people who love the beautiful game.

“I would like to apologize for my outburst and, if possible, would like to invite this supporter to watch a game at Old Trafford as a sign of fair play and sportsmanship.”

Responding to the accusation against Ronaldo, who has only started under Erik Ten Hag in the Premier League once this season, United said in a statement: “We will support the player.”

Women’s Super League past winners: Who has won the league before?