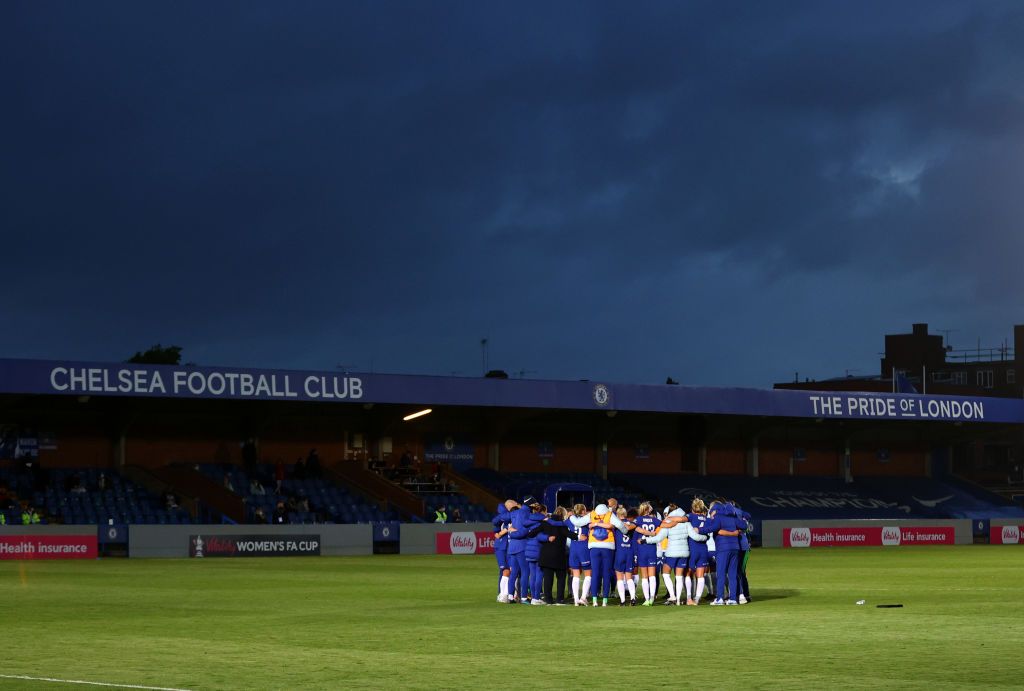 Although more and more WSL matches are being played in large stadiums, most teams still have their own Women’s Super League grounds. Only two WSL clubs currently share their ground with the men’s teams.

Reading Women have shared the 24,000 capacity Madejski Stadium with the men’s side since the start of the 2020/21 season, while Leicester City Women play the majority of their games at the 32 capacity King Power Stadium 000 seats.

Manchester City Women is about as close as it gets without sharing a stadium. They have played at City Academy Stadium, located next to the Etihad Stadium, since their inception in 2014.

The team with the furthest Women’s Super League ground from their men’s side is Brighton & Hove Albion. The Seagulls play at People’s Pension Stadium in Crawley, 21 miles from the American Express Community Stadium in Falmer where the men play.

Besides Brighton, Manchester United and Arsenal also have their WSL grounds quite a distance from the main stadium, with Meadow Park being 12 miles from the Emirates and Leigh Sports Village being the same distance from Old Trafford. Arsenal are however committed to playing even more women’s matches at the Emirates this season, with three WSL matches and three Champions League fixtures already scheduled.

Chelsea’s WSL ground is unique in that it is not next to Stamford Bridge but is owned by the club. Most WSL teams lease their grounds from other clubs, but Chelsea bought Kingsmeadow from Wimbledon in 2015, with the women’s team moving in at the start of the 2017/18 stadium. Wimbledon having since returned to the rebuilt Plow Lane, Chelsea Women now only share their ground with the men’s development team.

Everton Women also managed to find a unique local site for their WSL ground playing at Walton Hall Park. The ground is just a mile from Goodison Park and was refurbished especially for Everton Women in 2019.

The full list of distances between the WSL pitches and their respective men’s pitches is as follows:

What are the biggest Women’s Super League attendances?