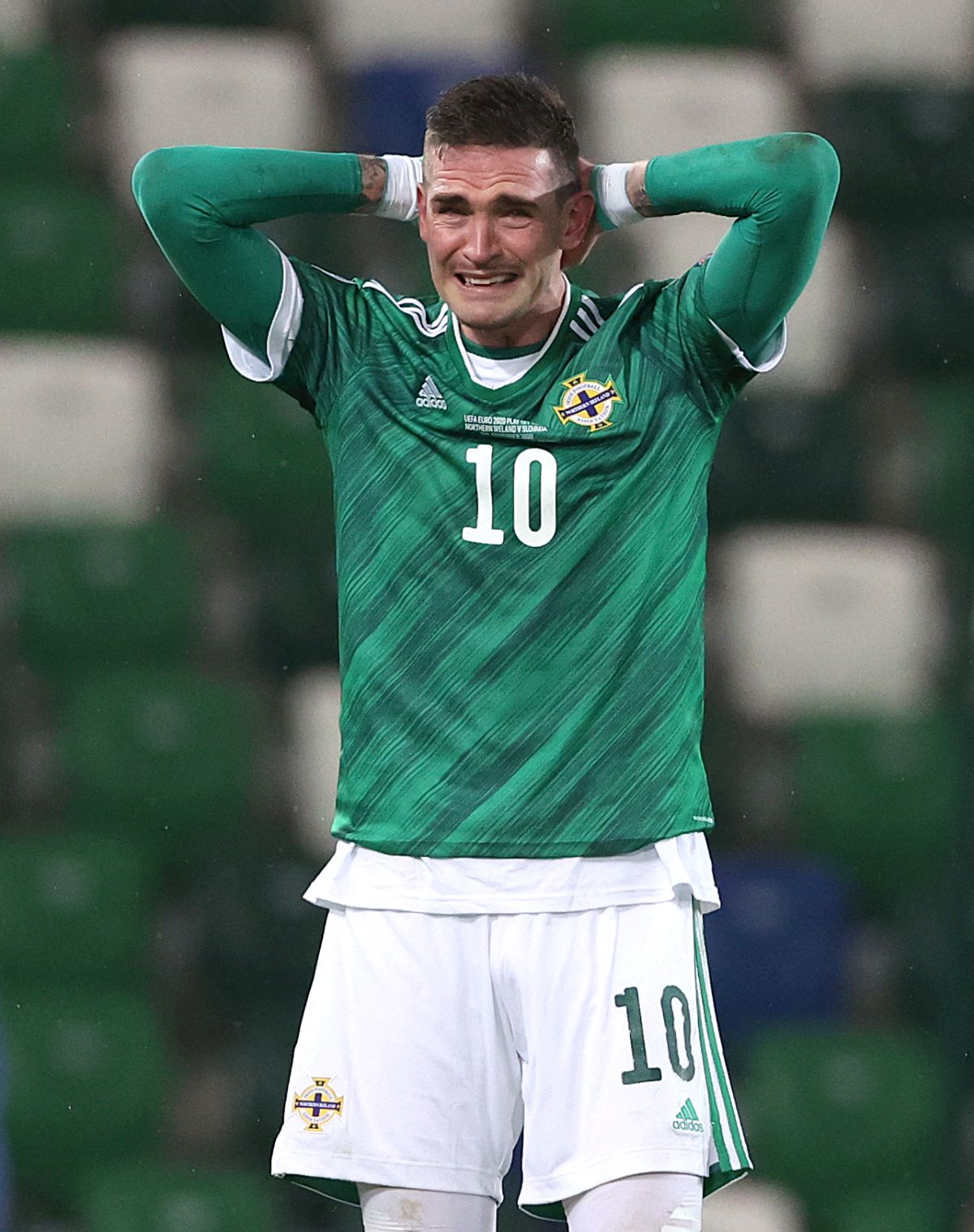 Kyle Lafferty has been left out of the Northern Ireland squad for their Nations League matches against Kosovo and Greece after a video emerged which appeared to show the Kilmarnock striker using bigoted language.

The video, which appeared on social media, shows Lafferty reacting when a man posing for a photo with him says “Up the Celts”.

A statement from the Football Association of Ireland read: “Northern Ireland senior men’s player Kyle Lafferty has been dropped from the squad ahead of the upcoming UEFA Nations League games against Kosovo and Greece.

“The Irish Football Association is aware of a video on social media which has been widely circulated. The association also notes that an investigation has been launched into the video by the striker’s club, Kilmarnock FC.

Lafferty, who has 20 goals in 89 appearances for Northern Ireland, is his country’s second-highest goalscorer but the 35-year-old has been in and out of Ian Baraclough’s squad in recent windows and can now face a battle to get back to the international ranks.

Northern Ireland take on Kosovo at Windsor Park on Saturday before traveling to Athens for Tuesday’s game against Greece. Lafferty had not practiced since Tuesday due to back pain.

The video first emerged on Wednesday evening, with the Lafferty Kilmarnock club announcing midday on Thursday that they had opened an investigation into the incident.

Kilmarnock’s statement said: “Kilmarnock Football Club is aware of a video circulating online which appears to show a member of our playing staff using language of a sectarian nature.

“The club finds any form of discriminatory behavior totally unacceptable. The matter will be investigated by the club.

When a football match really changes your life: “I got sandwiched in between two players and felt an unbelievable crushing sense of pain”