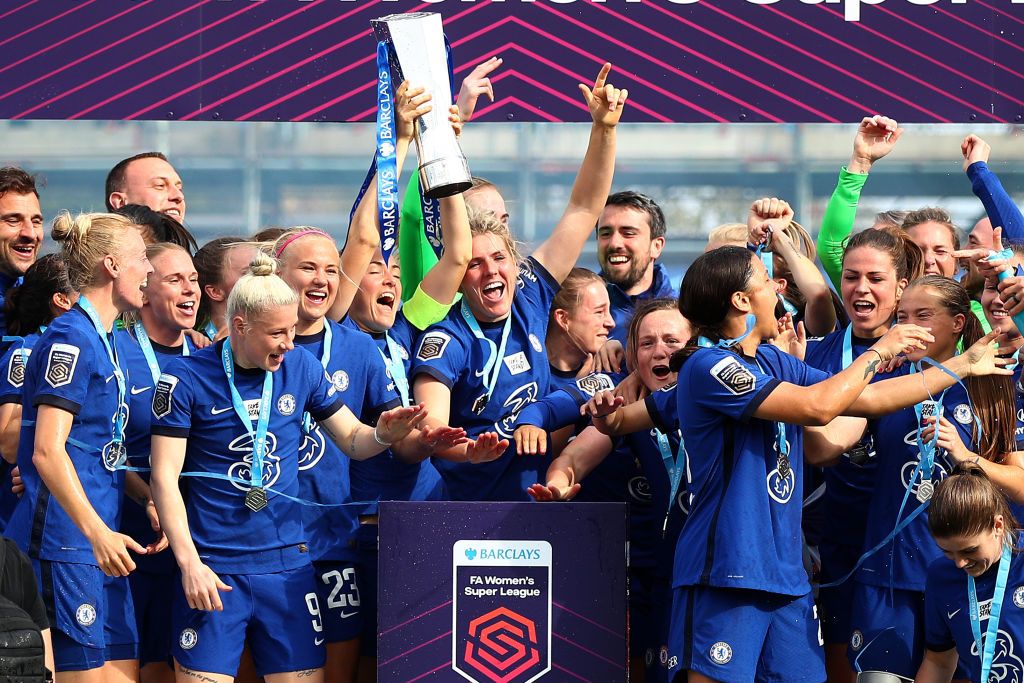 Four different teams have won the Women’s Super League since the league began in 2011. Over the past decade, Chelsea, Manchester City, Arsenal and Liverpool have all won the title, with the competition growing from eight to 12 teams over the course of of this period.

Arsenal were the first winners of the Barclays FA Women’s Super League in 2011, where a familiar pairing of Ellen White and Steph Houghton helped women’s football’s most successful side win what was technically their 13th championship title. It was a similar story the following year when Arsenal went unbeaten to become back-to-back Women’s Super League winners with Kim Little finishing top scorer with 11 goals. It would be seven years before the next time they win the title in 2018/19.

It was Matt Beard’s Liverpool who ended Arsenal’s initial dominance by winning the league in 2013 and 2014, with a young Lucy Bronze playing a starring role. The 2014 title saw all three players from Chelsea, Liverpool and Birmingham City with a chance to win the league on the final day of the season. In a dramatic turn of events, Chelsea lost to Manchester City, losing a three-point lead over Liverpool to see the Merseyside side retain the title on goal difference.

The 2021/22 season went to the wire on the final day, with Arsenal finishing just one point behind Emma Hayes’ side – and close title races have become commonplace in the top flight.

Meanwhile, Manchester City won their first and only Barclays FA Women’s Super League title in 2016 in another final showdown with Chelsea where they emerged victorious again with a 2-0 victory to ensure that their rivals did not get their hands on the trophy.

Who are the all-time Women’s Super League top scorers?