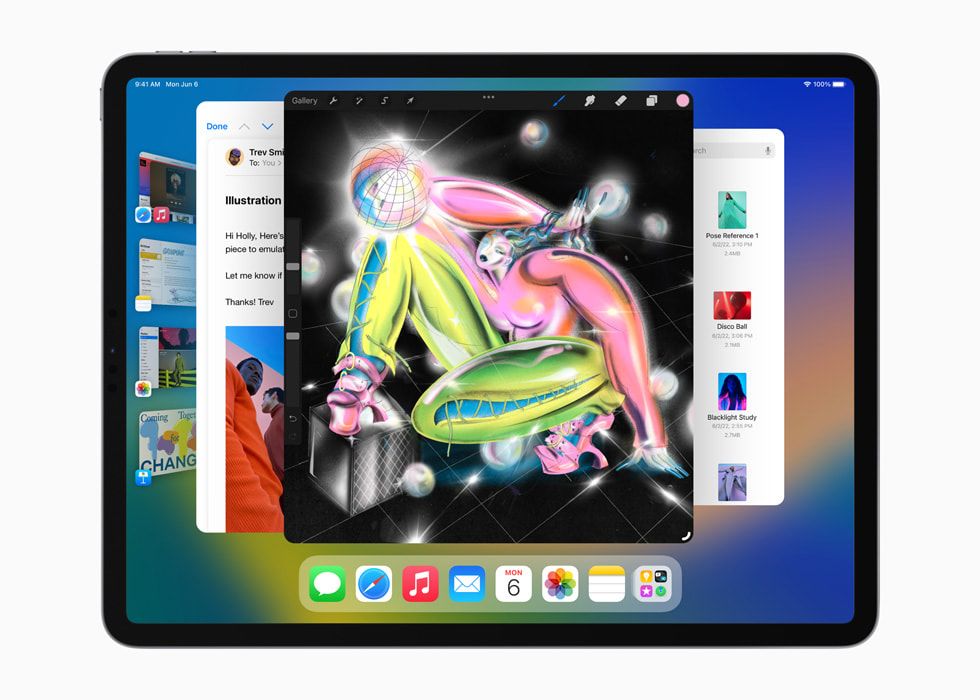 The new iPadOS 16.1 developer beta brings big changes, if you want to call the Stage Manager such a “big” thing. This “multitasking system” (which I haven’t seen the benefits of at work yet) is coming to more iPads with the new beta. The feature was therefore limited to iPads with the M1 chip – these include the 11-inch and 12.9-inch iPad Pro, due out in May 2021, as well as the M1-powered iPad Air, which Apple released later. early this year. All other older iPads have been left out.

That changes now, as Stage Manager works on the 11-inch iPad Pro (first generation and later) and 12.9-inch iPad Pro (third generation and later). It will also be available for 2018 and 2020 models that use the A12X and A12Z chips. However, older iPad Pro models lack an important feature: Stage Manager only works on the iPad’s built-in screen. Users cannot extend their display to an external monitor.

But the external monitor thing is probably still causing trouble for Apple. Apple has announced that the iPadOS 16.1 developer beta 5 will remove external display support for the Stage Manager on the iPad M1s. It will be reintroduced with a software update later this year.

Apple provided US media outlet Engadget with the following statement regarding this update:

We introduced Stage Manager as a whole new way to multitask with resizable overlapping windows on both the iPad screen and a separate external display, with the ability to run up to ‘up to eight live applications simultaneously on the screen. This multi-screen support is only possible with the full power of M1-based iPads. Customers with 3rd and 4th generation iPad Pro have expressed great interest in being able to use the Stage Manager on their iPad. In response, our teams worked hard to develop a single-screen version for these systems, supporting up to four live apps simultaneously on the iPad screen. External display support for Stage Manager on M1 iPads will be available in a software update later this year.

Pair the smartphone to the computer