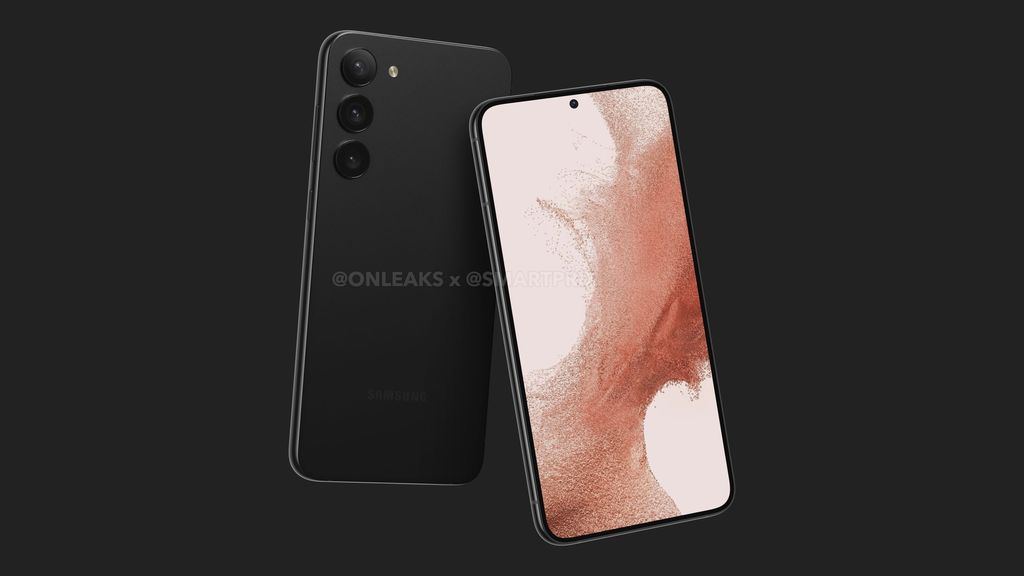 Also here on the blog, we have repeatedly reported the Galaxy S23 over the past few days or weeks, as there have been one or two leaks in this regard via the internet. Now Steve Hemmerstoffer (@OnLeaks) has his say and would like to give a first look at the Galaxy S23 Plus with renders. Along with the pictures, there’s also a video that shows the Plus model from all angles. It is assumed that the device will appear in January or February of the coming year.

A triple camera is adorned on the back, whose sensor layout still matches that of the Galaxy S22+. Apparently, however, the camera bump is omitted. The screen should measure 6.6 inches, the dimensions are 157.7 x 76.1 x 7.6 mm. The front camera looks like a small punch hole in the screen. Even though no SIM slot is visible in the renders, that doesn’t mean that Samsung is now only using an eSIM for its new device, just like Apple in the US.

Instead, it is believed that the SIM tray will once again be placed at the bottom. So far there have only been rumors about the processor, the Qualcomm Snapdragon 8 Gen 2 or the Samsung Exynos 2300 could be used here. In addition, the model can be charged wirelessly with up to 25 watts.