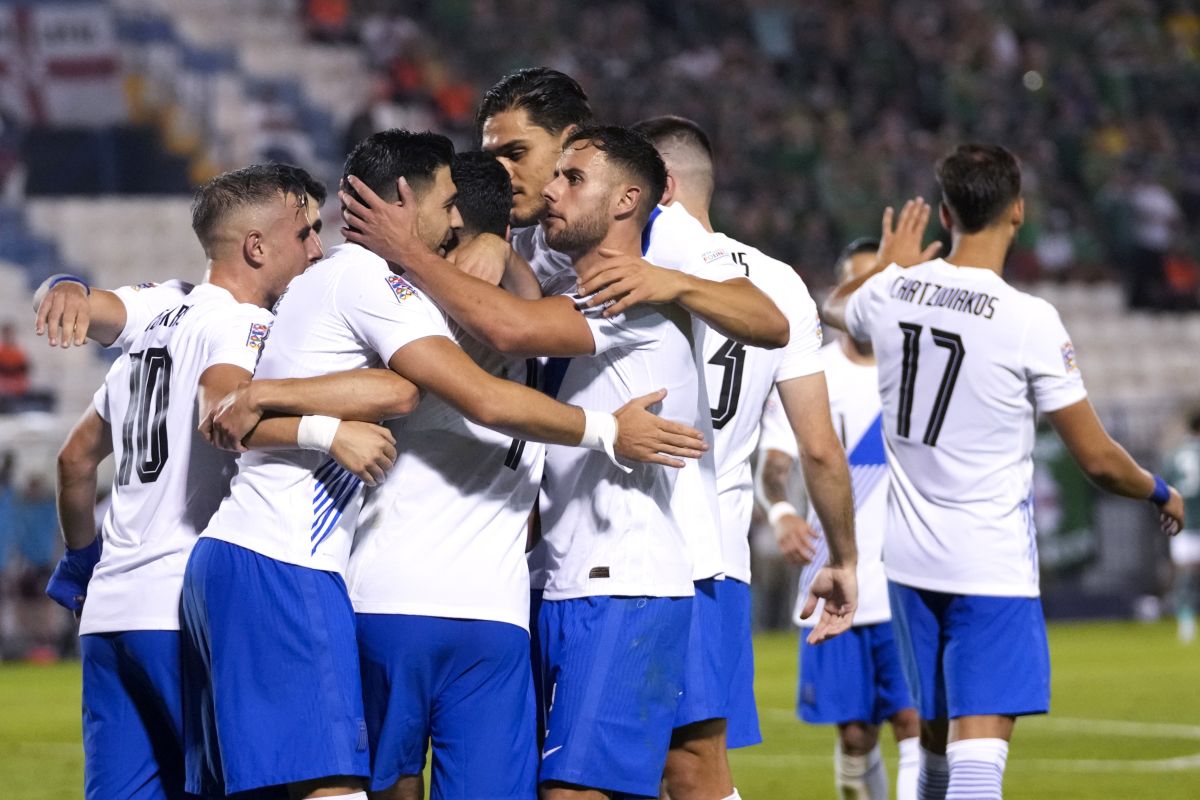 Northern Ireland suffered their third defeat of a poor Nations League campaign as they were beaten 3-1 by Greece in Athens, only spared a relegation play-off as Kosovo beat Cyprus 5-1.

Shayne Lavery quickly canceled out Dimitrios Pelkas’ goal in the 14th minute, but a scrappy, scrappy performance couldn’t find an answer after Giorgos Masouras restored Greece’s lead early in the second half, with a nice shot from Petros Mantalos who settled it 10 minutes from time. .

It was not a fitting evening for Jonny Evans’ 100th cap, with the joy of Saturday’s late victory over Kosovo at Windsor Park dissipating at Georgios Kamaras Stadium as the 976 traveling fans gathered behind the dugout of Ian Baraclough have made their feelings known, with some booing the manager at the final whistle.

Northern Ireland have avoided relegation but third place in League C Group 2 means they face the prospect of a tough Euro 2024 qualifying draw for the campaign which begins in March.

Jordan Thompson returned to the starting XI in one of three changes but lasted just four minutes before taking a heavy blow in a midfield collision – although it took several minutes for the Northern Ireland to bring in George Saville as a replacement.

And five minutes after falling back to 11 players, Northern Ireland were trailing. Bailey Peacock-Farrell came on for a deep cross but collided with Paddy McNair as he battled Fotis Ioannidis, knocking the ball over the way for Pelkas who ducked home.

Northern Ireland needed only four minutes to equalise. Steven Davis picked up the pieces from a half-cleared free-kick and sent in a fine cross from the left, with Lavery close at hand to bring the ball home from close range.

Two quick goals might have brought the competition to life, but after an offside Masouras hit a post for Greece it instead deteriorated in a sloppy first half of misplaced passes and bad decisions.

The Northern Ireland midfield trio – in which Ali McCann had replaced Corry Evans – did a good job of winning the ball back but too often returned it directly, while at the back attempts to get the ball off invited a unnecessary pressure.

Anastasios Bakasetas fired a shot wide from a poor Peacock-Farrell pass early on, then the Greece captain had another chance when Davis, earning his 140th cap, missed a chance to clear and instead left the ball for the keeper who was only half-pressure cleaned.

Northern Ireland’s best chance before the break came in the 23rd minute when McCann collected the ball and rolled it for Josh Magennis, who saw Odysseas Vlachodimos off his line but couldn’t find the target .

Northern Ireland continued to try to play from behind in the second half, and it cost them as Greece regained the lead in the 55th minute.

Masouras had time and space to put the ball away after it was played by Bakasetas, but the move started with a misplaced pass from Davis at the edge of the box.

Greece threatened again moments later during a break, but Conor Bradley was quickly out to deny Kostas Tsimikas, while George Baldock then fired a shot over the top.

Northern Ireland needed to regroup, and Baraclough dispatched Dion Charles and Gavin Whyte for Lavery and Bradley, then Shane Ferguson and Conor McMenamin – the Glentoran winger was cleared to play on Monday after a historic video was shared on social media kept him away from Kosovo. Game.

But no sooner had they started than Mantalos put the game out of reach. His shot had plenty of venom, but Peacock-Farrell will feel he could have done better. The same would go for several of his teammates.