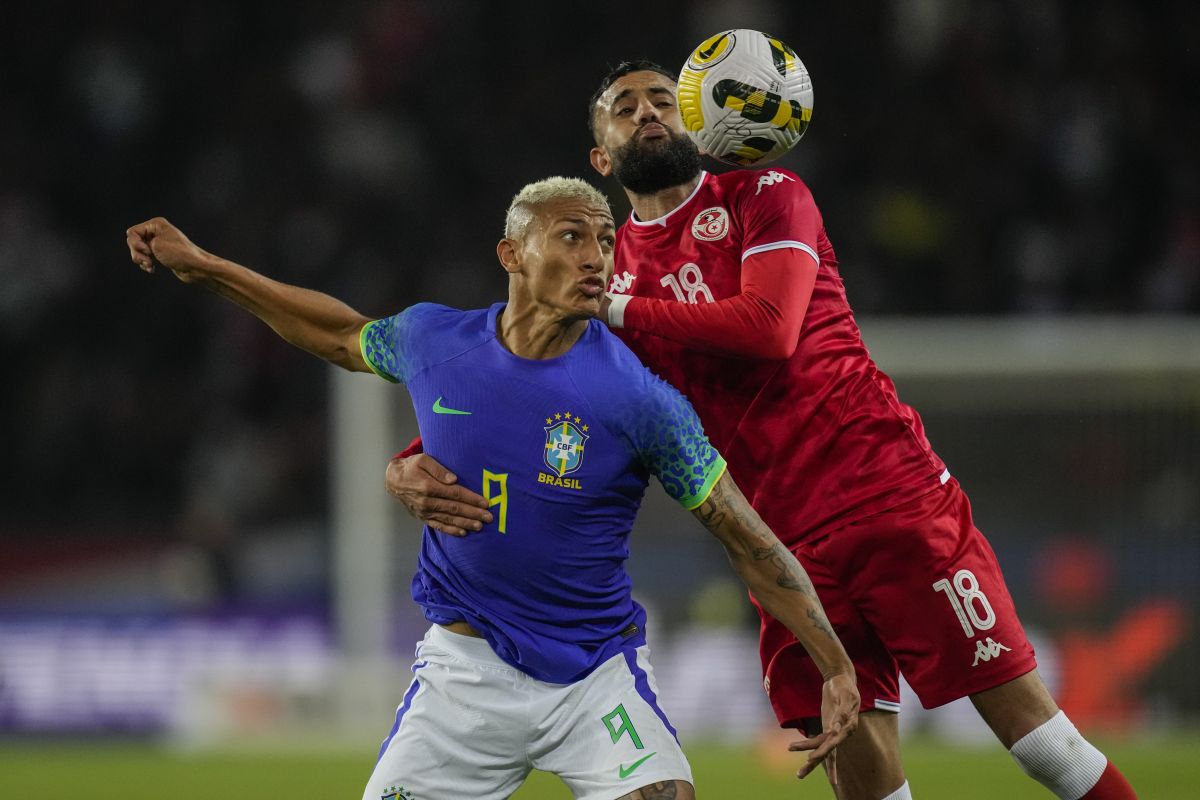 Tottenham striker Richarlison had a banana thrown at him as he was racially abused in Brazil’s friendly win over Tunisia in Paris on Tuesday.

The incident happened as the former Everton striker ran towards the corner flag to celebrate his side’s second goal in their 5-1 win at the Parc des Princes.

Before the game, the five-time world champions Brazil posed for photos with an anti-racism banner that read: “Without our black players, we wouldn’t have stars on our shirts.”

The Brazilian Football Federation (CBF) later issued a statement on the Richarlison incident via Twitter.

He said: “Unfortunately, a banana was thrown on the field in the direction of Richarlison, author of the second Brazilian goal.

“The CBF reinforces its position in the fight against racism and repudiates any manifestation of prejudice.

Richarlison’s goal put Brazil back in front after Montassar Talbi canceled out Raphinha’s opener. Neymar added a penalty, Raphinha claimed his second and Pedro wrapped up the scoring after Tunisia sent off Dylan Bronn.