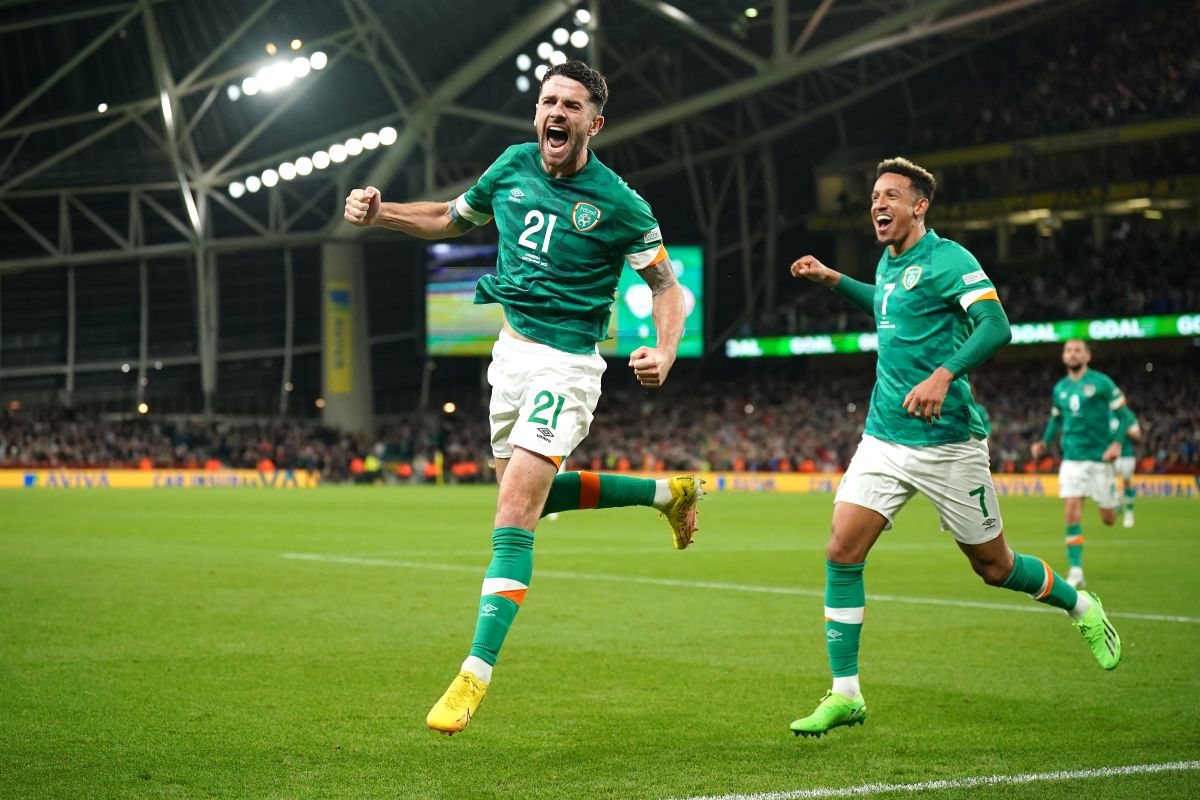 Robbie Brady bailed the Republic of Ireland out of jail by securing their Nations League B status with a wild 3-2 win over Armenia at nine.

The 30-year-old, making his first start for his country since March last year, converted a stoppage-time penalty into victory after Ireland nearly ruined the game.

They appeared to be heading for their second victory of the Group 1 campaign as they entered the final 20 minutes leading 2-0 thanks to goals from John Egan and Michael Obafemi.

However, goals from Artak Dashyan and Eduard Spertsyan silenced the hosts before Brady’s final intervention saw Hovhannes Hambardzumyan and Dashyan sent off.

The victory – just manager Stephen Kenny’s fourth in 21 competitive appearances – was a relief on a night when defeat would have meant relegation, but third place behind Scotland and Ukraine represents a poor comeback for a nation that had ambitions to win the group. .

Determined to avenge their 1-0 defeat in Yerevan, Ireland went straight for the job as Jayson Molumby led the way from central midfield to force the visitors’ five-man defense closer to goalkeeper David Yurchenko .

The home side’s initial dominance was such that centre-backs Nathan Collins and Dara O’Shea repeatedly found themselves in forward positions, but they didn’t create a scoring opener until Jason Knight picks Obafemi off with a cross in the 11th minute and sees the striker headed. unnecessarily wide.

Egan headed wide after O’Shea fended off Brady’s corner in the 15th minute, but the Sheffield United defender was not caught out when he presented himself with a second opportunity three minutes later. late.

He timed his jump perfectly to meet Brady’s corner and power a downward header towards goal, where Yurchenko was unable to keep the ball out of his net as he rose off the turf .

Both Knight and Brady had shots blocked as the green shirts poured forward, but a lack of precision and an inability to move the ball as quickly as they had before allowed the Armenians, who had not managed a single attempt at goal, to reach the break. without further damage.

Molumby’s night could have taken a decisive turn within three minutes of the restart when, after receiving a first-half caution for a foul on Lucas Zelarayan, he appeared to pull Artak Grigoryan off, although the referee Slovenian Rade Obrenovic took a benevolent point of view. and the midfielder was removed soon after.

He had barely settled into his seat when Ireland extended their lead, Obafemi turning cleverly 30 yards out before closing in on goal and driving a long-range effort past Yurchenko’s desperate dive.

Collins headed Brady’s inviting corner close to the post on the hour mark and Jeff Hendrick went wide with the game seemingly won, but that’s when they were hit with two sucker shots.

Goalkeeper Gavin Bazunu, who had only been an interested spectator until then, had to return Styopa Mkrtchyan’s shot against a post in the 71st minute, but when the ball fell on fellow substitute Dashyan, he didn’t there was nothing he could do to keep it out.

Disappointment turned to horror within two minutes when Spertsyan, whose goal proved to be the game-winner at the Republican Stadium, repeated the dose to level the score at 2-2.

Khoren Bayramyan whistled an 83rd-minute attempt just wide of Bazunu’s far post as Armenia threatened to snatch victory, but it was the home side who ultimately prevailed in dramatic circumstances after Dashyan had was judged for managing O’Shea’s shot into the box after a VAR. exam.

Brady had to wait until Mr Obrenovic fired Hambardzumyan and the hapless Dashyan amid furious protests, but calmly sent Yurchenko the wrong way to spare Ireland blushes.