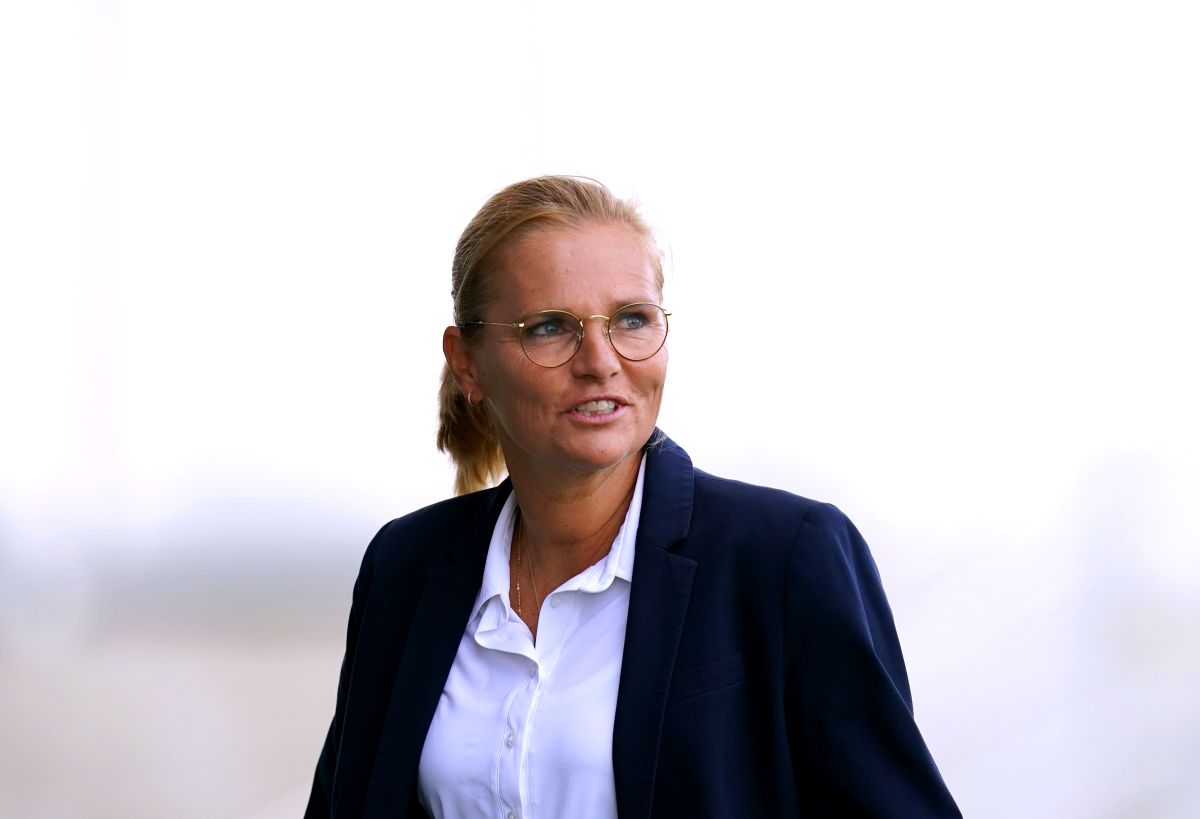 Sarina Wiegman hopes any fear England have had in the past about playing against the United States has eased as they prepare to face the world number ones as European champions.

The Lionesses will take on World Cup holders USA on October 7 in a sold-out friendly at Wembley, returning to the stage where they beat Germany in the Euros final in July to win the first major trophy in their history.

Boss Wiegman named a 24-man squad for that game on Tuesday and a friendly against the Czech Republic at the Amex Stadium four days later.

And when asked if there had perhaps been a fear factor in the past in terms of playing against the Americans and if it was less the case after the summer, she replied: “S’ there were, I hope.

“I think with the development of the team over the year and at the Euros, the experiences that we have gained, I think we have shown and really played with courage.

“That’s what we want to do all the time, that’s also what we tell the players, and that’s how we will approach the USA game as well.

“Yes, we all know they are a big opponent, but Germany and Spain (who England beat in the quarter-finals of the Euros) were also very, very big opponents.

“We just approach it the same way we do, playing to win, accepting mistakes, and hopefully we can bring our style of play to the pitch.”

The 2019 World Cup saw the United States beat England, then under Phil Neville, 2-1 in the last four and a Dutch side led by Wiegman 2-0 in the final.

Wiegman added: “I don’t think the Americans are scared, but they also saw how good we did in the Euros, and I think they will respect us. This is also what we will do with them.

“We’re just really prepared. We hope we can dominate a bit, but we know they are also very strong.

Wiegman, whose side are preparing for next summer’s World Cup in Australia and New Zealand, said the game at Wembley would be “such a great occasion” while stressing that it would “also be another measure for us (of) where we are”.

The squad includes two players called up for the first time in midfield Jess Park, who is on loan to Everton from Manchester City, and West Ham defender Lucy Parker.

The other uncapped player in the group is City defender Esme Morgan, who is back in action this season after recovering from a broken leg.

And Wiegman said: “We have qualified for the World Cup now and we have 10 months to prepare. It’s good to have talented players knocking on the door, and it’s a really good opportunity to bring in some players. players and see where they stand.

Chloe Kelly and Fran Kirby return after missing World Cup qualifiers against Austria and Luxembourg earlier this month through injury, while Nikita Parris, Beth England, Jordan Nobbs and Lotte Wubben- Moy – who each started on the bench for their clubs at the weekend – dropped out.

Wiegman spoke about the factors of minutes played and competition for places as she said there had been “difficult conversations, difficult choices”, and underlined her hope that the omitted players could “give us pain. head for the next time”.

Once again there is no place in the squad for former England captain Steph Houghton, who after Achilles surgery in February made the provisional Euros squad but not the 23 last.

The 34-year-old defender has played the full duration of Manchester City’s two Women’s Super League matches so far this season.

Wiegman said of Houghton, “I had a conversation with her again, and I think she’s not quite ready.

“There are 10 months left before the World Cup. The door is still open, and I’ll meet her at the end of October and then we’ll see where we are at then.