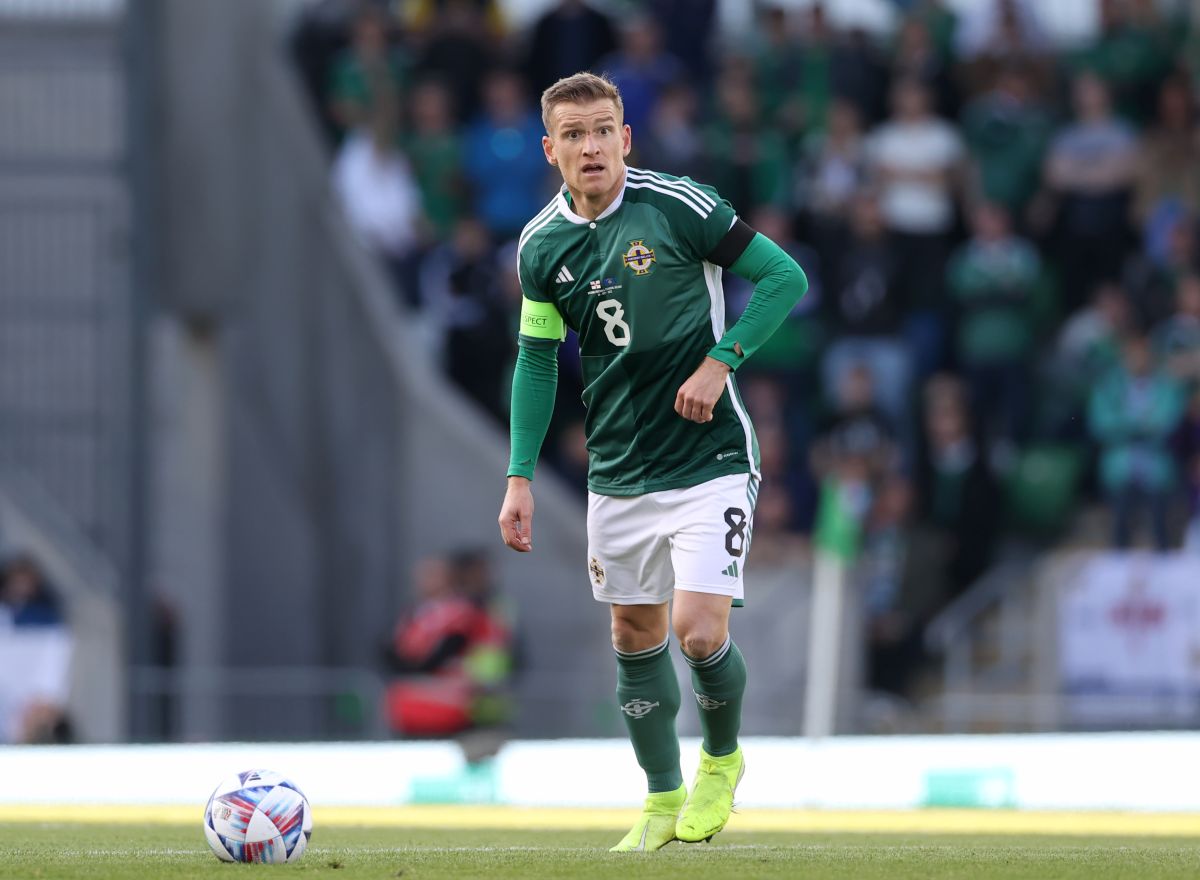 Northern Ireland captain Steven Davis has insisted he will not rush into any decision over his international future this winter.

The 37-year-old won his 140th cap on Tuesday night but ended in defeat as Northern Ireland’s Nations League campaign ended in a 3-1 loss to Greece in Athens – Ian Baraclough’s side only spared the prospect of a relegation play-off. after Kosovo beat Cyprus 5-1.

As he has at the end of previous campaigns, Davis said he will take time over the next few weeks before committing to a return.

“I think it’s important to think things through and not make impulsive decisions,” Davis said.

“It’s a fantastic relationship that we have shared” #GAWA— Northern Ireland (@NorthernIreland) September 27, 2022

“When that day comes it will be very emotional for me, to be honest. Everyone knows how much it means to me to play for Northern Ireland. I think I really have to feel that I can still contribute so much. that I want and that must be shared by all.

Northern Ireland have yet to stage any matches for the international window ahead of the World Cup in November and may not play again until the start of the Euro 2024 qualifying campaign in March.

The defeat in Athens was a disappointing way to sign off as the optimism created by Saturday’s victory over Kosovo quickly evaporated in a disjointed performance with too many misplaced passes.

Davis was responsible for a key element – giving the ball away to put Greece back in the lead early in the second half – and the Rangers midfielder raised his hand.

“We’ve said it too many times in this campaign, we’re frustrated,” he said. “Obviously, after the peak of the Kosovo game, we wanted to come here and get a positive result, but unfortunately we overdid it with the two goals we conceded in the second half.

“In the first half I thought we were in good form and sometimes frustrated them with good combinations. In the second half we didn’t really start and the pressure kicked in at the end. He there were also some mistakes in there and it happened way too often in this campaign.

“As for the first half, we reacted well by conceding the first and I made a mistake for their second goal and we were punished for that and we struggled to get on the pitch and play in the style we did in the first half.”

Although Shayne Lavery canceled out Dimitris Pelkas’ opener, Giorgos Masouras punished Davis’ error 10 minutes into the second half and a fine strike from Petros Mantalos settled it late.

The final whistle was met with boos from the 976 traveling fans crammed behind Baraclough’s dugout, and a number took their frustrations out on the under-pressure manager as he went to applaud them.

“We’re all in this together,” Davis said of Baraclough. “It has been a really frustrating time. The responsibility is not limited to the manager but we obviously know how football is perceived when the results are frustrating. It’s a shared frustration in the locker room.

“We were optimistic going into this campaign with the squads we have and we feel we haven’t done enough.

“There’s a lot of frustration there (among the fans) but for 90 minutes of the game and even after the game when the players approached them, they clapped and showed their support again.”