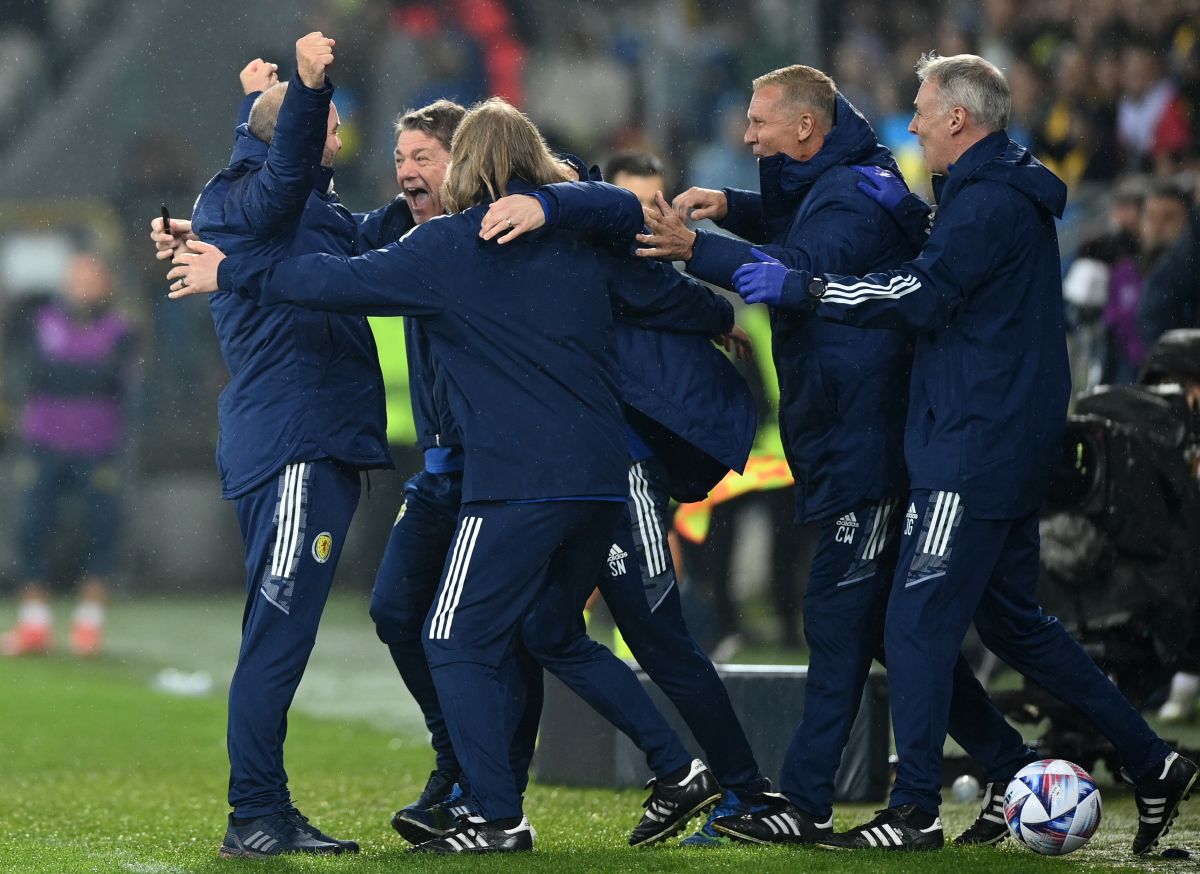 Scotland head coach Steve Clarke hailed his side for taking another step in their continued progress – and vowed they wouldn’t stop.

Clarke’s side secured top spot in UEFA Nations League Group B1 with a 0-0 draw against Ukraine in Krakow.

This achievement brings promotion to the elite level of the next Nations League, a place among the second seeds for the Euro 2024 qualifiers and a guaranteed play-off place to qualify for this tournament if they need it.

Clarke admitted Scotland pressed the ‘reset button’ after the disappointment of the summer, when they lost to Ukraine in the World Cup play-offs and went down 3-0 at Dublin.

They responded by taking seven points from three games against Ukraine and the Republic of Ireland in one week.

Clarke said: “I sat down with all of my staff and said ‘we need to create a different environment, we need to be more demanding of the players, we need to move this program forward’.

“Then I sat down with the players and we went over what we did well this summer, what we didn’t do so well.

“We gave them a lot of information to change the system, to play in a slightly different way.

“These players are desperate to play for their country, they took that on board and had a great week.”

Clarke, who stressed his contract expires ahead of Scotland’s next Nations League campaign, added: “Sometimes it doesn’t work out for us but they are always determined to do well.

“We went to Serbia and got the play-off result to take us to our first grand final in so long. We had the European Championship and took it to the last game and we just failed.

“We then had a very good group campaign in the World Cup and we just missed out in the play-offs.

“I asked the players before the game, we did it again, we took this campaign until the last game. Let’s take the next step in order to show everyone how we are improving. I said let’s make sure we take the next step. Then we’ll feel good about ourselves.

“The supporters were magnificent, the connection between supporters and players is fantastic. This is what we are working towards.

“Now we have reached pot two and in Group A of the Nations League. We don’t want to stop, we want to keep getting better and better if we can.

“Porteous was outstanding on his debut, I’m so happy for the boy,” Clarke said. “It shows he’s listening, it shows he’s learning.

“He was struggling with a cold a bit, his performances were outstanding in all three games. It’s good to have a clean sheet again, it makes me happy as a coach.

Clarke had lost eight players from his original squad to injury and suspension while others were battling a virus.

“Sometimes it can galvanize you,” he said. “Maybe I exaggerated the disease a bit just to galvanize us before the game.

“The only thing I thought was if someone had woken up with the same bug, they wouldn’t have played.”