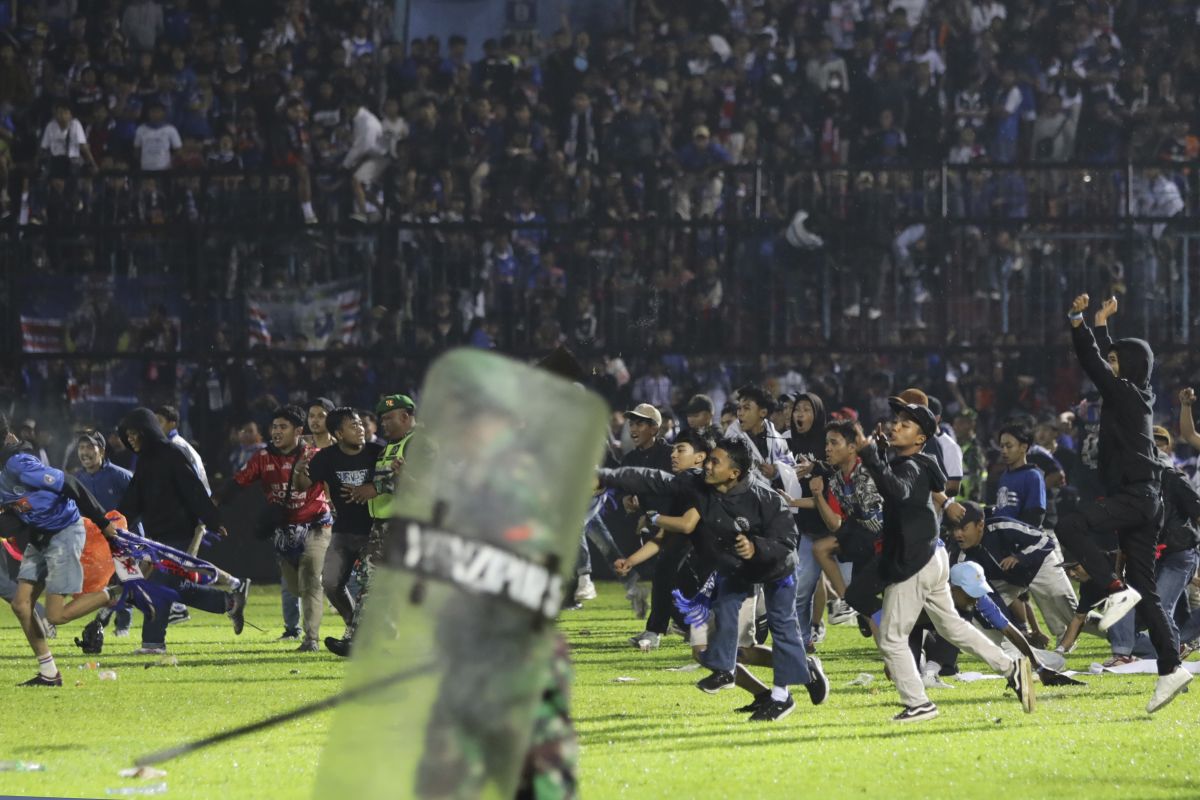 At least 174 people are believed to have died after a lightning strike during an Indonesian football match on Saturday.

Around 180 people are believed to have been injured in a stampede with one of the world’s worst stadium disasters.

The country’s chief security minister, Mohammad Mahfud, said 42,000 tickets had been advertised for the 38,000 capacity stadium and posted on Instagram: “To the family of the victims, our condolences. We also hope that the families of the victims will be patient and continue to coordinate with government officials on the ground.

“I must emphasize that the Kanjuruhan tragedy is not a clash between Persebaya supporters and Arema. Because Persebaya fans can’t watch this game. The supporters on the pitch come only from Arema.

“As a result, victims generally died from pushing, squeezing, stomping and shortness of breath. There were no beatings or harassment among supporters.

“The government has made improvements in the implementation of football matches over time and will continue to improve.”

Fans reportedly ran onto the pitch after the final whistle and police then fired tear gas, causing the stampede.

The Indonesian Football Association (PSSI) has launched an investigation and Indonesian President Joko Widodo has ordered the championship to be stopped.

“I express my deepest condolences for the football tragedy that claimed the life of Kanjuruhan, Malang,” he wrote on Twitter. “Due to this incident, I have ordered the temporary suspension of the PSSI football league until the security assessment and improvements are completed.”

East Java police chief Nico Afinta said two officers were among the dead and added at a press conference: “It had become lawless. They started attacking officers, they damaged cars.

“We would like to convey that not all of them were lawless. Only around 3,000 who entered the pitch.