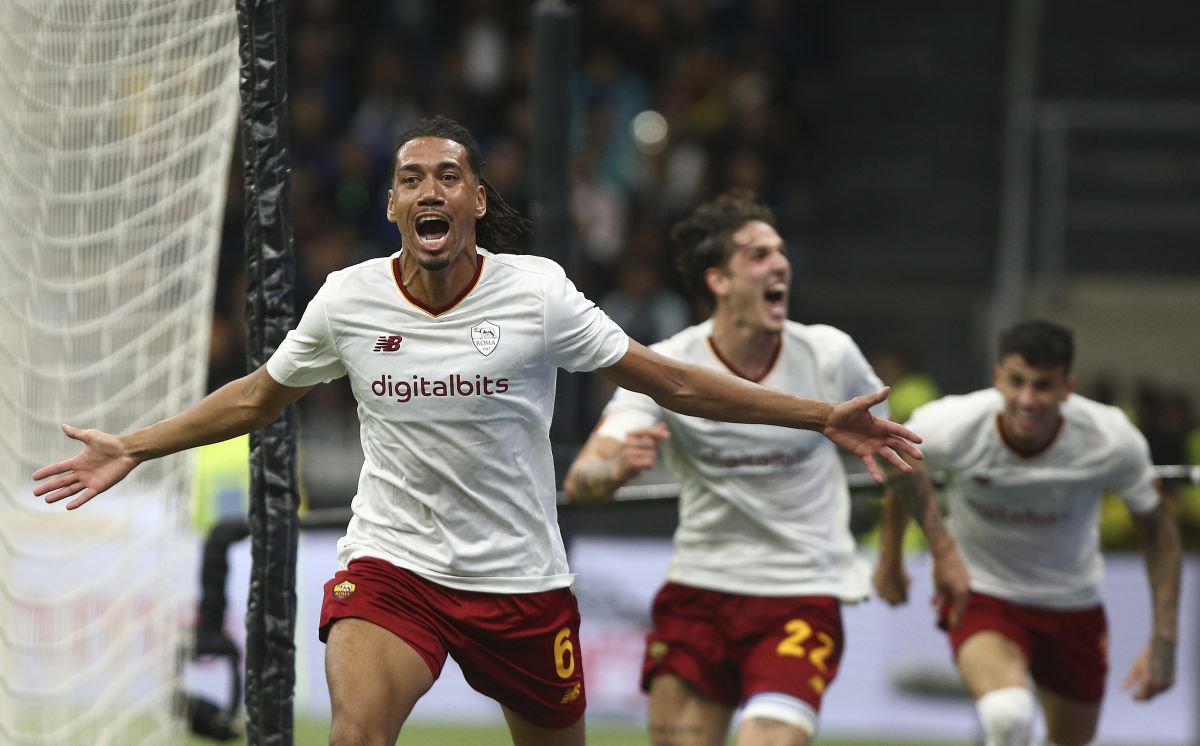 Chris Smalling’s second-half header secured Roma’s first victory over Inter Milan since 2017 and left the Nerazzurri’s hopes of battering their way into the Serie A title race in tatters at the San Siro .

Federico Dimarco had opened the scoring for the home side on the half-hour mark but Paulo Dybala equalized with a superb volley nine minutes later and Smalling headed in the winner 15 minutes from time.

The result gave Jose Mourinho his first win over his former club and left Inter languishing eight points behind leaders Napoli, who consolidated their advantage with a 3-1 win over struggling Torino.

Andre Frank Zambo Anguissa netted an early brace and Khvicha Kvaratskhelia added a third with a superb solo effort before Antonio Sanabria gave his side a glimmer of hope by reducing the deficit.

AC Milan staved off a remarkable late finish to win 3-1 at Empoli, who looked set to salvage a point when Nedim Bajrami’s free-kick in stoppage time canceled out an Ante Rebic opener.

But Milan regained the lead on the restart with a fine finish from Fode Ballo-Touré, and he even had time for Rafael Leao to add a third before the final whistle.

Barcelona extended their La Liga winning streak to six games with a hard-fought 1-0 victory at Mallorca.

Robert Lewandowski netted his ninth league goal of the season by cutting into the box and directing his shot into the bottom corner.

A goal in each half from Marcos Llorente and Alvaro Morata helped Atletico Madrid forget the memory of their recent painful loss to city rivals Real as they won 2-0 in Seville.

Sergio Leon scored twice as Real Valladolid ended a two-game losing streak with a 3-2 win at in-form Getafe, while struggling Cadiz relegated Villarreal to their third game without a win after their having drawn and goalless despite Isaac’s late dismissal. Carcelen.

Kylian Mbappe came off the bench to send Paris St Germain top of Ligue 1 with a 2-1 win over Nice.

Lionel Messi’s brilliant free-kick was canceled out by a strike from Gaetan Laborde early in the second half, but Mbappe, replacing Hugo Ekitike in the 59th minute, fired the winner seven minutes from time.

Goals from Arnaud Kalimuendo, Martin Terrier and Amine Gouiri saw Rennes win 3-1 at Strasbourg, who were playing 10 after Gerzine Nyamsi was sent off in the 28th minute.

Surprise Bundesliga leaders Union Berlin saw their unbeaten start to the season end in a 2-0 loss to 10-man Eintracht Frankfurt.

Goals from Mario Gotze and Jesper Lindstrom put the hosts in charge before half-time and they held on despite Randal Kolo Muani’s 68th-minute dismissal.

Berlin’s loss helped Freiburg level the points at the top of the table as goals from Michael Gregoritsch and Daniel Kofi-Kayereh helped them maintain their superb start to the season with a 2-1 win over Mainz.

There was a setback for Borussia Dortmund, who surrendered a half-time lead to lose 3-2 at Cologne, for whom Florian Kainz, Steffen Tigges and Dejan Ljubicic turned the tables in 18 second-half minutes.

Werder Bremen scored three times in the opening 13 minutes as they staged a dramatic return to form with a 5-1 thrashing of Borussia Mönchengladbach.

Two goals each from Timo Werner and Christopher Nkunku saw RB Leipzig overcome bottom side Bochum 4-0, while Stuttgart remain winless after a 3-2 defeat at Wolfsburg, for whom Yannick Gerhardt scored the winner in the break time.