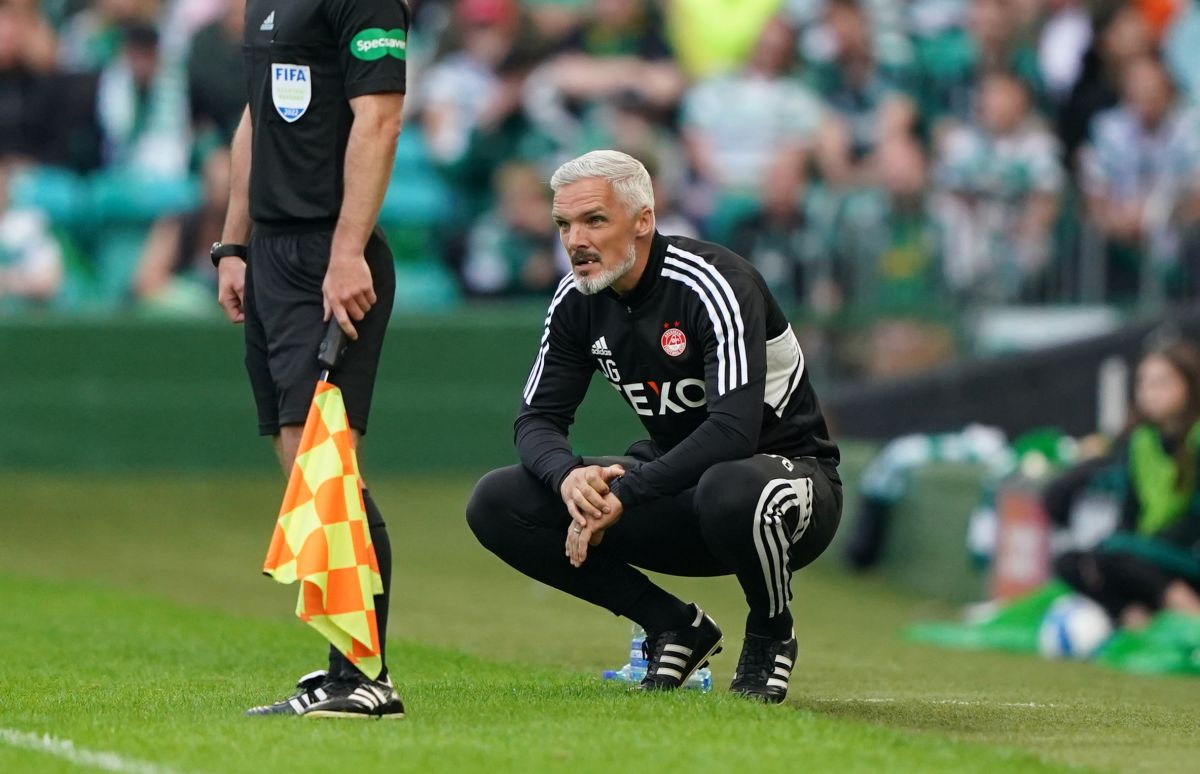 Jim Goodwin was full of praise for his attacking options after his Aberdeen side scored 15 goals in four Premiership games at home, with a 4-1 victory over Kilmarnock.

Vicente Besuijen opened the scoring for the Dons before Bojan Miovski took his tally in all competitions to eight for the season, his goals coming either side of Ash Taylor’s header for the visitors.

Dons captain Anthony Stewart scored his first goal for the club in the second half as Goodwin’s men moved back into the top six.

Goodwin said: “I’ve built the team in a way that gives me great attacking options. I have one or two utility players who can play two or three different positions.

“Some people might look at the squad and think we’re light on a centre-half or maybe a right-back, but I deliberately used the budget that way.

“You can see today we are bringing Duk (Luis Lopes) for Miovski, so there is real quality there. We are bringing (Christian) Ramirez for Besuijen, so the changes up top don’t weaken the team .

“This league is going to be competitive top to bottom and there will be bumps along the way, and if the guys are tired or we need to freshen things up, we can.”

Kilmarnock manager Derek McInnes committed his future with the club on a contract until 2026 during the week, and he looks forward to a return to the comforts of home in the coming week as Killie looks to work your way up.

“We had tough away games at Ibrox, Easter Road and here,” he commented. “It will be great to go home on Wednesday – we have two home games now and I think we need a home game.

“We have to go back and hopefully we can be a better version of ourselves.

“We have two or three players we could come back to the team with, and there are opportunities there for some who haven’t had a chance to come forward.

“Behind all of this we have to make sure that on Wednesday night we come off the pitch having shown more personality, been tougher to face and hopefully with three points.”