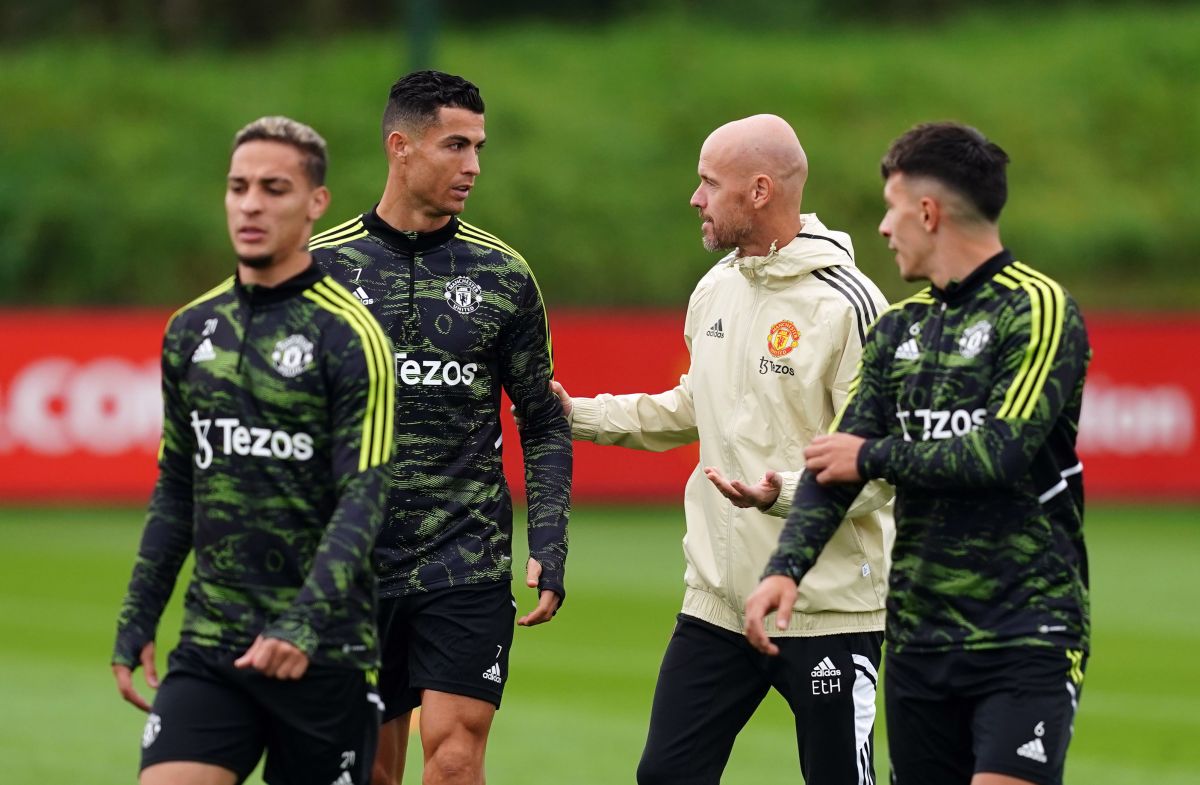 Erik ten Hag believes Manchester United remain an attractive prospect for top players – and already boast some of the best talent in the world.

The Old Trafford giants are in the midst of a rebuild following a miserable season which saw Ole Gunnar Solskjaer’s interim replacement Ralf Rangnick flounder as the side stumbled to sixth place.

That miserable run continued in the first two games of Ten Hag’s reign, but the United boss has overseen an impressive turnaround since, with new signings making a promising start to life in the North West.

The Red Devils are aiming for a fifth straight Premier League victory on Sunday when they travel to rivals Manchester City, whose striker Erling Haaland has taken over since joining from Borussia Dortmund.

United have long been interested in the 22-year-old, but the striker’s father, Alf-Inge Haaland, revealed in a recent documentary that they were not on his list of seven potential destination clubs this summer.

When this was put to Ten Hag and the United boss asked how the club go about attracting the best players in the world, he retorted: “We already have them.”

“Because we have world champion players in our team today, so they are the best in the world. You can say that. We have a lot of players who are already winning the biggest titles in the world.

“I’m sure when I come back in the window a lot of players think Man United is a really attractive club for them, so I’m not concerned about that.”

Ten Hag’s only concern at the moment is stopping City in their first derby in Manchester, which means stringing up in-form Haaland.

The Norway international netted a mouth-watering 14 goals in his first 10 appearances for his father’s former club, but the United boss stressed that on Sunday it wasn’t just about the striker.

“I like his attitude,” Ten Hag said of Haaland. “How he is on the pitch. He is direct, his life is made up of goals – he goes straight to the opponent.

“He can also create goals but, again, I respect him but for us on Sunday we don’t play against Haaland. We play against Man City.

“And it’s not about Man City, for us. We respect the opponent but it’s about Man United.

The derby will also see Ten Hag take on Pep Guardiola, who he knows well from leading Bayern Munich’s second team when the City boss was in charge of the perennial Bundesliga champions.

“Of course I know (him) but he will also know (me),” said the Dutchman. “I think we know everything about each other.

“When we worked together it was already eight years ago and as a manager one of the things is that you always have to develop.

“I hope we have changed for the better. I’m sure he did and so did I.

“And if he is the best manager – he is certainly one of them and for me he is – but I think there are many more very good managers.

“We have world class (managers) at the moment in football. It’s pretty clear.

Guardiola has a surprisingly poor record against United, having lost three of his six Premier League games against them at the Etihad Stadium.

Luke Shaw last won there in March 2021 and boosted his derby chances by putting behind him a poor start to the season at club level with a fine display for England against Germany.

“No, not quite well – he did very well! We are really happy that I think almost all the players have done well for their country,” said Ten Hag.

“We followed that, it’s one of the aspects of an international truce. Diogo (Dalot) scored twice, Bruno (Fernandes) had two good games, Casemiro played very well, Fred did his job.

“Luke Shaw definitely, for me, played very strong against Germany.

“We have seen a lot and we are satisfied with the performance of our players. I think it reflects what we are doing with Man United at the moment. “

Manchester City will remain a force after I eventually leave, says Pep Guardiola