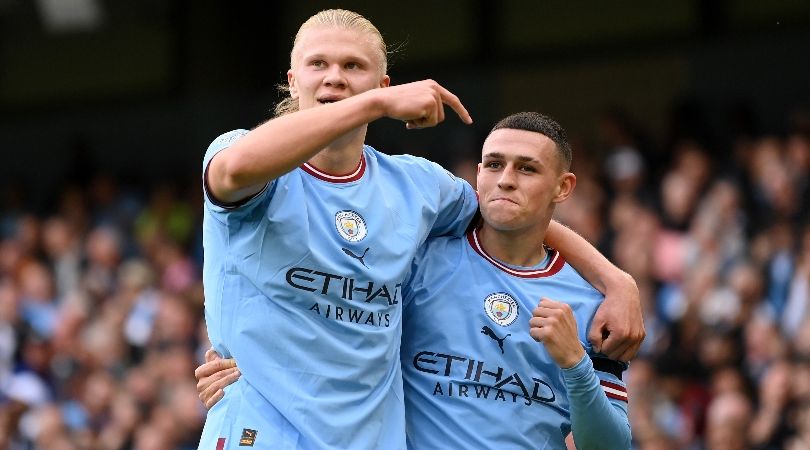 Manchester United became only the second club in Premier League history to concede two hat-tricks in a game after Erling Haaland and Phil Foden scored hat-tricks in a 6-3 derby win for Manchester City at the Etihad Stadium on Sunday.

Both players scored two goals each in a one-sided first half and the Norwegian netted his third Premier League hat-trick of the season after 64 minutes.

And nine minutes later, Haaland became Foden’s provider to make it 6-1 and complete his hat trick.

United managed to pull back two late goals through substitute Anthony Martial, but Erik ten Hag’s side still endured a miserable afternoon in a 6-3 loss to city rivals .

The previous two double hat-tricks in Premier League games have both come in games against Southampton.

Robert Pires and Jermaine Pennant scored three each for Arsenal in a 6-1 win over Southampton in 2003, while Leicester pair Ayoze Perez and Jamie Vardy picked up hat-tricks in the Foxes’ 9-0 thrashing of the Saints in 2019.