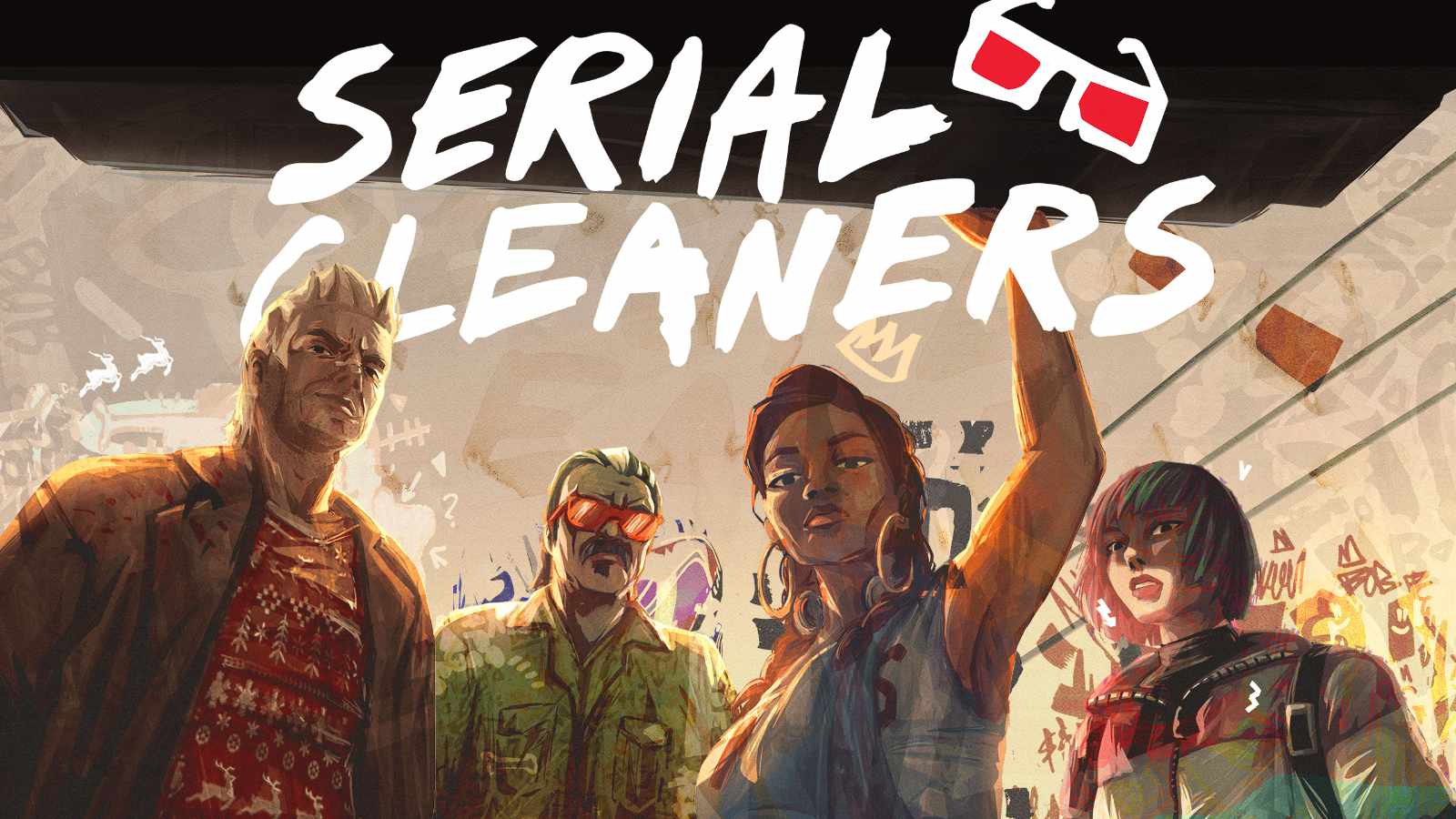 The Serial Cleaners game has gone completely under my radar. So I didn’t even know it was a sequel because the first part titled “Serial Cleaner” from 2017 rushed past me. However, distributor 505 Games provided me with a key, so I looked a little nonchalantly at the title on the PlayStation 5 at first. Fortunately, because I was pleasantly surprised.

Polish developers Draw Distance described “Serial Cleaners” as a stealth action game, but here you should clearly emphasize stealth and not action. By the way, you don’t need to have played the predecessor, because the sequel is self-sufficient. The basic idea is simple: you hire yourself as a crime scene cleaner. However, you are not working for the authorities, but doing the dirty work for the criminals in the truest sense of the word.

But you’re not cleaning up in the present, but in the 1990s after the criminals. Anyone who lived through that era will therefore recognize charming pop culture references of the time in the game from time to time. The graphics are reminiscent of titles such as “Disco Elysium”, that is, it is shown from an oblique bird’s eye view. Surprisingly, the story of the game is very well told.

The four protagonists meet before the start of the year 2000 and tell each other how they came to their rather idiosyncratic profession of organized crime. This allows each of the characters to have their say and you will be introduced to their personality and approach. For example, there is the Vip3R hacker, who can manipulate equipment to create distractions. In contrast, Psycho, who shreds corpses with his chainsaw, while the artist, Lati, is particularly agile. Bob, the protagonist of the first game, is the all-rounder, so to speak.

As you can guess from the subject, you should have a penchant for the morbid. It’s not a gore-fest though, although there is quite a bit of gore to be seen. However, dark humor plays a central role, so “Serial Cleaners” isn’t particularly dark. Incidentally, you first have the choice of the characters you want to support first. However, in the levels that you cannot choose freely, the numbers are given in each case. I was surprised that you can even influence the story: from time to time there are dialogues and decisions that affect the continuation of the action. So there are multiple endings.

This replay value is also good for “serial cleaners”, because otherwise you’ll be done with the number in about five to six hours. This is also due to the rather low difficulty level. For example, awkward actions put the police and other observers in an uproar, but they quickly erased from their memories that there was in fact a strange figure lurking. Sure, this reduces frustration, but often makes it too easy to maneuver through areas by trial and error.

The gameplay reminds me of the “Hitman” series in one aspect: you have fixed objectives here in the levels, but you can freely decide which one you want to tackle first and find the best way for you. But aside from the story changes, there’s not really any incentive to master levels multiple times. So it’s not like you can unlock new starting positions, dropped items or anything like that.

The graphics aren’t a technological miracle, but they’re fun to watch with their cartoon diorama style. As a result, the over-the-top violence seems more comedic than drastic. Especially since the surroundings have many small details. Even though these are only cosmetic aspects, you can tell that the small team at Draw Distance has put a lot of effort into it. This also applies to the soundtrack, which even uses its own gender for each character. At Vip3r, for example, electro usually beats bang, while Bob is accompanied by music that would go just as well with a detective trill of the film noir genre.

Overall, “Serial Cleaners” was a small but pleasant surprise for me. Especially since the price also corresponds to what is offered here: the game for PS4 / PS5 costs 24.99 euros. Those who have subscribed to PlayStation Plus benefit from a reduced price of 22.49 euros. In that regard, I can definitely recommend this title with its macabre humor, interesting story, and solid stealth gameplay in between.

The AI ​​has already created the protagonist of the third part