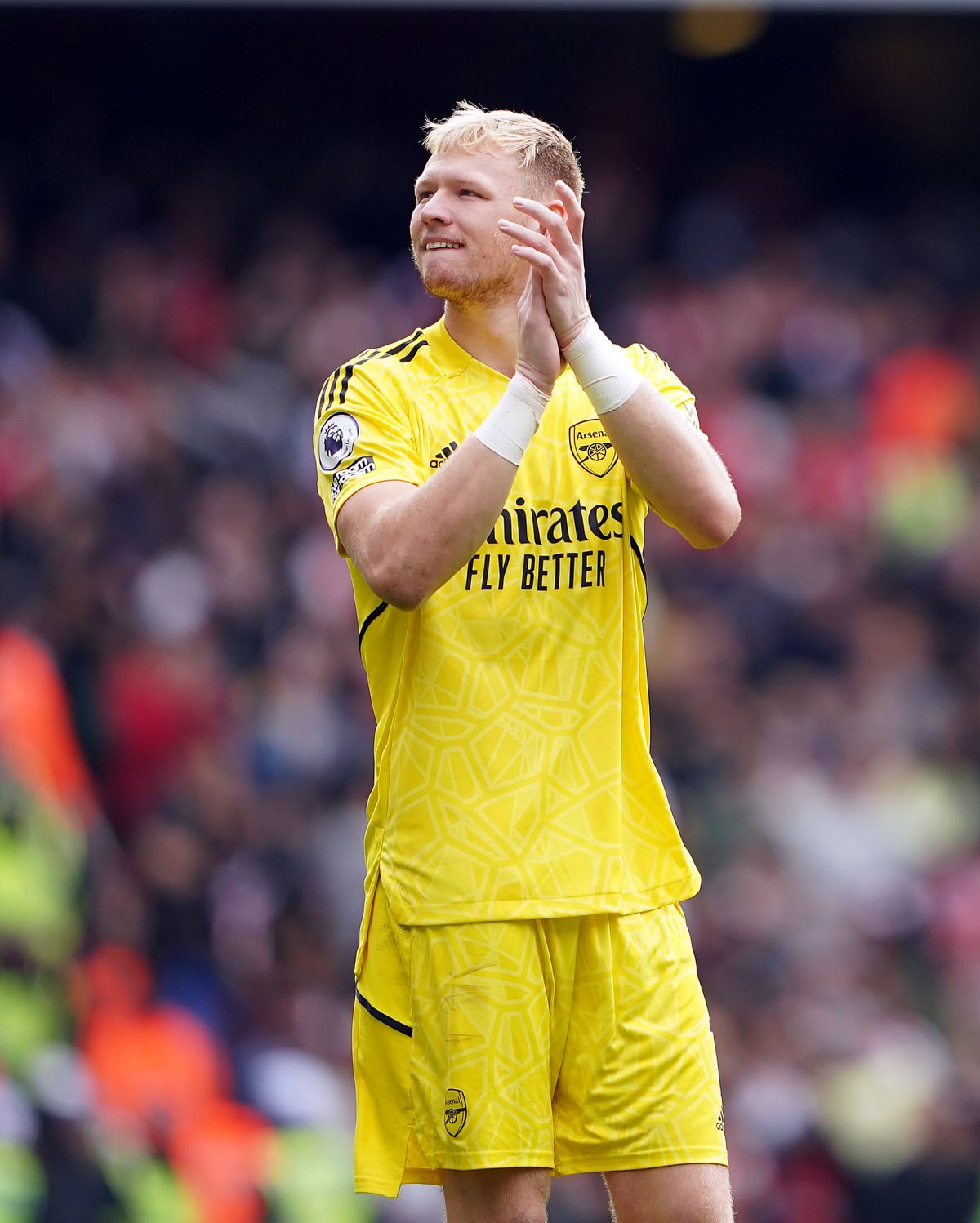 Aaron Ramsdale believes Arsenal’s poor end last season lit a fire under the players for the current campaign – revealing they now have an ‘Eff it’ approach if anything goes wrong.

A 3-1 win over north London rivals Tottenham on Saturday kept Arsenal top of the Premier League, with goals from Thomas Partey, Gabriel Jesus and Granit Xhaka proving too much for Spurs at 10.

Harry Kane had equalized from the penalty spot – his 14th goal in 18 North London derbies – but when Emerson Royal was sent off for a nasty challenge on Gabriel Martinelli the game went away from the visitors.

The performance and result stood in stark contrast to the reverse game in May, which saw Tottenham win 3-0 and ultimately propel the Gunners to the Champions League final position.

After that loss, Ramsdale said emotions got the better of Arsenal, which the England keeper said has changed this season.

“The experiences at the end of last season strengthen our team spirit and our mentality,” he said.

“It’s not just the guys who came in who brought that winning mentality. We all have this fire burning inside because of what happened at the end of last season.

“We talked about it before the game, to play the game and not the occasion and that’s what we did.

“The day I came back to pre-season, two weeks late at internationals, I came back and the level of training had increased.

“Since the start of the season, we have played very well in games and we are winning, that helps.

“It’s a never say attitude, the way I would put it is an ‘Eff it’ mentality, ‘who cares we conceded? We have 10 minutes, 70 minutes, we’ll play our way. We never run out of time.”

“That’s the most important thing for us and the manager, we don’t stop working.”

One of the players who came into last season’s squad is William Saliba – the French centre-back spent last year at Marseille but is now a fixture in Mikel Arteta’s squad.

“He’s settled in really well,” Ramsdale said of the 21-year-old.

“It’s a credit to him to have been put straight into the team, he’s a bit of a Rolls-Royce with the way he moves and he never seemed phased.

“He’s still a young boy so he still makes mistakes, so at the minute it’s either Ben (White), myself, Gabriel or Thomas Partey who are digging him up and he’s digging up other people as well.

“That’s the main thing at the minute, our mistakes don’t lead to too much and that’s a sign of a team with good characters in and around that back five.”