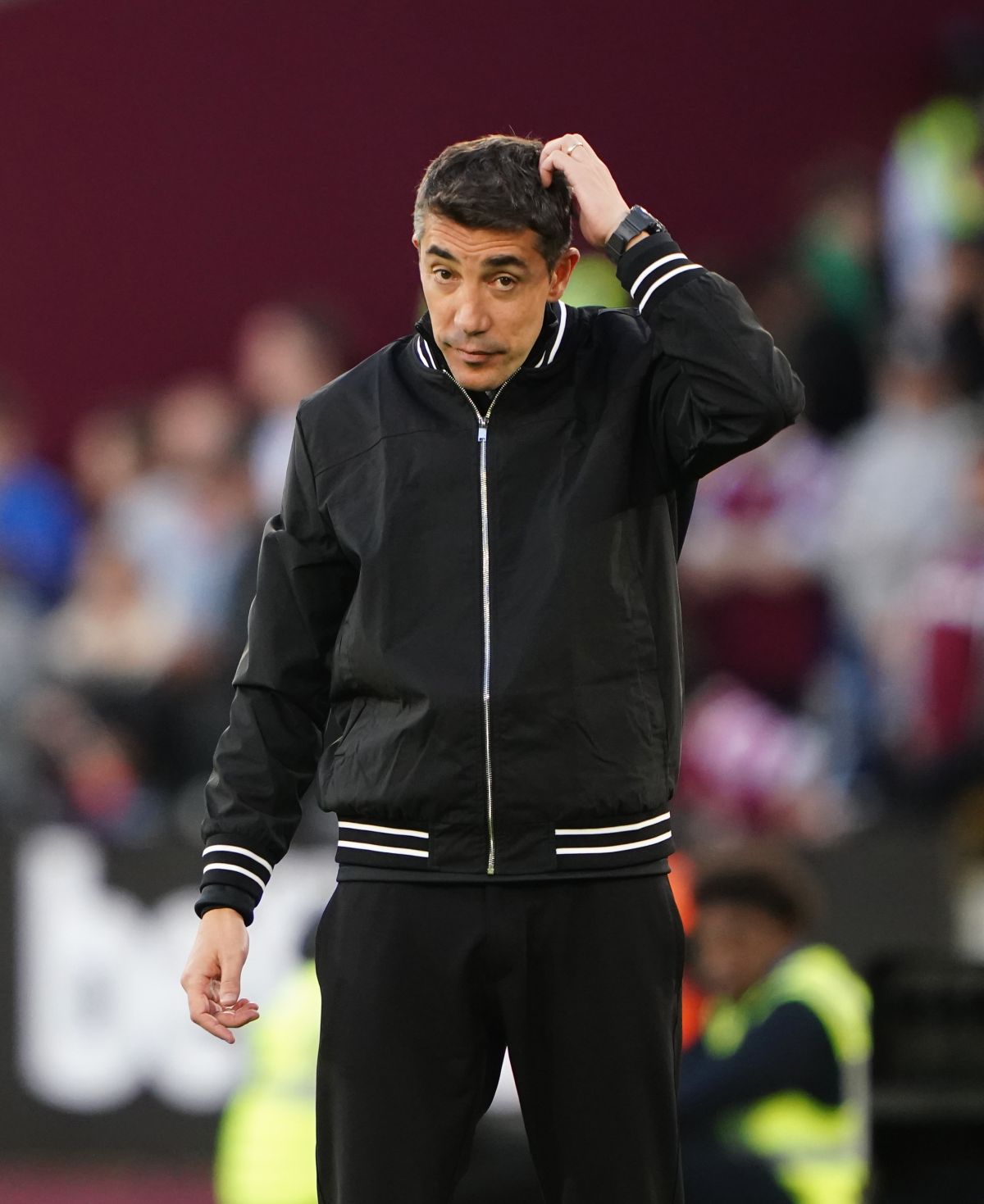 Wolves are looking for a new boss after Bruno Lage left the club in the Premier League relegation zone after just one win in their first eight games this season.

Lage took the reins from fellow Portuguese Nuno Espirito Santo in June 2021 and oversaw a 10th-place finish last season, but Wolves acted after a run of nine defeats in their last 15 matches.

Here, the PA news agency takes a look at who might be ready to take over.

An early favourite, who if named would be Wolves’ third successive Portuguese boss. A former midfielder who played for Sporting Lisbon in the mid to late 1990s, the 52-year-old managed several clubs in Portugal but got his big break with Olympiacos four years ago. He helped the Greek club win three league titles, but while signing a two-year extension in January, he was sacked in August shortly after a 4-0 loss to Israeli club Maccabi Haifa in of a qualifying match for the Champions League.

Another Portuguese renowned for his 3-4-3 preference, similar to what Nuno and then Lage employed for much of their reign at Wolves. Amorim had a transformative impact on Sporting, who won their first league title in nearly 20 years in the 2019-20 season under the former Benfica midfielder. And they managed a double by winning the cup during this campaign. Last season, the 37-year-old oversaw the club’s run to the Champions League knockout stages for only the second time in their history.

It is perhaps unsurprising that there is a Portuguese flavor to the list of early contenders for the role, given the size of the contingent from there already at Molineux. Paulo Fonseca has also been linked with the job but having just taken up a job at Lille, his former team-mate at Porto Conceicao, who manages the Portuguese giants, could be in contention. Conceicao, 47, has led Porto to three league titles in five seasons since taking over from Nuno, who left to join Wolves in May 2017.

Lopetegui has been courted by Wolves owners Fosun in the past, notably before their takeover in 2016, but he opted to take charge of his native Spain on the day of the takeover. His two-year tenure there ended acrimoniously as he only lasted four months at Real Madrid, but the former goalkeeper has rebuilt his reputation at Sevilla. Under the 56-year-old, Sevilla won the 2019-20 Europa League, beating Wolves en route, as they netted a hat-trick of fourth place in La Liga.

Celtic’s Ange Postecoglou is an attractive option after helping the Hoops regain the Scottish League title last season, although it remains to be seen if he would leave Glasgow. Sean Dyche’s star has not been dampened by his sacking at Burnley and his name is likely to be linked in the coming months whenever an English top flight – or even top-flight – position becomes available. Andre Villas-Boas, Leanardo Jardim and Rafael Benitez have been touted but seem more unlikely candidates at this stage.

A closer look at Manchester derbies to remember