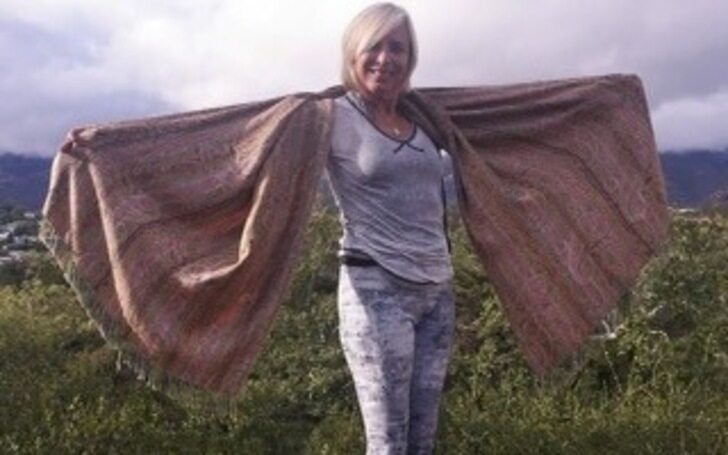 A truly strong woman always accepts the scars she has been through and proudly displays what she has. And, whenever she represents herself, she represents all women who face similar situations all over the world.

Everyone has enough inner strength to face the difficulties of life’s journey. But, understanding the ability and working on it takes a lot of courage.

Today we are going to talk here about a famous person who embodies grace and strength.

The person is Nancy Alspaugh. Nancy is a screenwriter, author and television producer. She wrote a few books and also worked on magazines and television.

Who is Nancy Alspaugh?

Nancy Alspaugh is a productive and confident woman who is willing to age wisely and gracefully. She is known as the Autism Advocate, Fearless Aging Advocate, and a published author.

This strong personality turns 67 in 2022. Throughout her life, she has gone through many ups and downs in her life and always starts her life positively.

She sets the example of a daring woman and inspires us to take a stand, be optimistic in any situation and vigorously mark every moment of our daily lives.

Nancy Alspaugh and her revolutionary mission

Alspaugh tries to teach women throughout her life not to give up, no matter what obstacles they encounter along their life journey. Additionally, Nancy always provides assistance when needed and raises awareness of issues that would otherwise go unnoticed.

In the same way, she became a role model for the way a woman is. Nancy represents that all women should enjoy their lives and preserve their joy and sanity while redressing abuse in society.

respectively, Nancy demonstrates publicly through her life that with enough focus, any occasion or circumstance can be experienced and transformed.

How long was Nancy Alspaugh married to Matt Lauer?

Nancy Alspaugh first met Matt Lauer in 1980. Then the couple got married in 1981. However, their marriage only lasted seven years. During their marriage, Lauer and Alspaugh were childless.

The couple later divorced and Nancy married another person named H. Read Jackson. They lived happily as a beautiful family after adopting a son.

Sadly, Jackson passed away from cancer, leaving behind Nancy and her son Wyatt.

Her son has autism

Nancy Alspaugh is the mother of a disabled child. His name is Wyatt Jackson. Likewise, she is currently living with her son as of now. She and her husband H. Read Jackson adopted Wyatt when she was three years old.

Unfortunately, at the age of 3, Wyatt was diagnosed with autism. However, Nancy takes good care of her child and grows him up to be kind and respectful.

Suffering from autism, it is quite difficult for Wyatt as well as his mother Nancy to tackle their daily activities. But the courageous mother and her son are doing very well in their lives supporting and loving each other unconditionally.

Wyatt is a very creative person and enjoys making paintings and pictures of many natural things.

Nancy has also been involved in several autism-related charities since adopting her son. Additionally, she was also named Executive Director of ACT Today, a non-profit organization dedicated to the care and treatment of people with autism.

Her ex-husband has been accused of multiple sexual harassment cases

Matt Lauer was fired from NBC News in 2017. Around that time, several sexual harassment charges were brought against him by some female employees. The original charge was brought against him relating to actions he committed against an employee in 2014.

After the first harassment, the woman claimed that Matt Lauer tended to keep his behavior the same even after the two returned to New York.

After that, The New York Times and Variety investigated Matt Lauer intensively for earlier allegations of sexual harassment made by other female colleagues. NBC News was unaware of the investigation at the time and later decided to fire Matt Lauer based solely on the complaints.

Her ex-husband made her face negative opinions

Her ex-husband Matt Lauer is involved in various allegations of sexual harassment and abuse.

Nancy Alspaugh has reached out to help ex-husband Matt since the allegations surfaced. However, the allegations against Matt Lauer appear to be serious and true. The evidence and reports of the incident were factual, rendering any support irrelevant.

Alspaugh participated in numerous interview sessions in hopes of helping Lauer maintain his reputation. With this move, Nancy surfaced in various controversies and she also received a lot of criticism.

An advocate for the suppression of women in society and fighting against various taboos, Nancy has faced negative public opinion. Matt apologized for his behavior which made him totally guilty in the case and while supporting him, many questions were also raised for Nancy.

Despite the grave incident, she continues to enjoy a fulfilling career uplifting women across the country today. She personally believes in appreciating the inner strength of women and overcoming the stigma that comes with aging.

Nancy Alspaugh is a versatile woman

Nancy Alspaugh is a screenwriter, author and television producer. Alspaugh is best known for co-writing Fearless Women: Midlife Journeys. Similarly, she is also the author of Not Your Mother’s Midlife: A Ten-Step Guild to Fearless Aging.

Additionally, she also served as Vice President of Group W Productions There, Nancy oversaw the production of The Mike Douglas Show and PM Magazine respectively.

Well, what strikes the reader is the wealth of renowned personalities. Speaking of Nancy Alspaugh, the author is quite wealthy and very renowned.

However, the author did not reveal his exact earnings. On the other hand, her ex-husband Matt Lauer has a net worth of $80 million in 2022.

Nancy is present on Instagram and Facebook. Outside of her social media accounts, she is mostly active on Instagram. From her posts, Alspaugh can be seen attending social events, sharing intimate moments, and posting photos of her son. Alspaugh uses Instagram to show the normal life of his autistic son.

Alspaugh uses Instagram to share private moments in his life that would otherwise go unnoticed. She often shares photos of her child with family members and friends. As a mother, she tries to provide her son with as normal parenthood as possible.

So it’s all about Matt Lauer’s ex-wife, Nancy Alspaugh. We hope you enjoyed it.