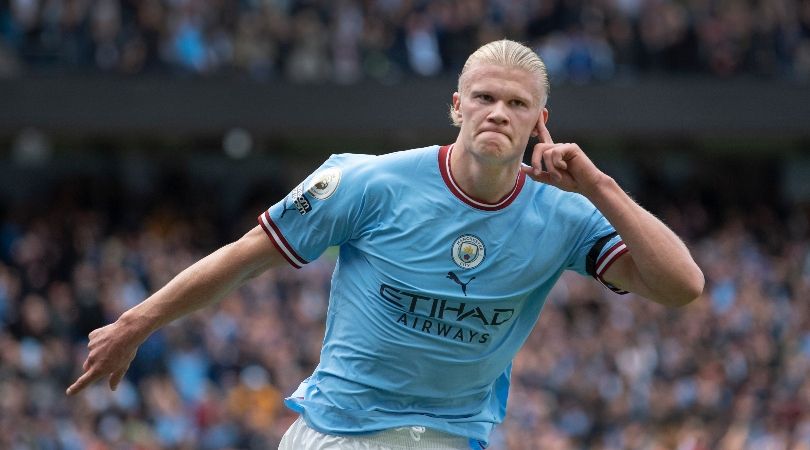 Looking for a live stream of Manchester City vs FC Copenhagen? We have what you need.

Manchester City will be aiming to continue their perfect Champions League start when FC Copenhagen visit the Etihad on Wednesday night.

Pep Guardiola’s side are flying high, topping Group G with six points, five ahead of the Danish visitors.

City opened their European campaign with a 4-0 thrashing of Sevilla and followed that up by beating Borussia Dortmund 2-1, responding to a Jude Bellingham goal with late strikes from John Stones and Erling Haaland.

The Norwegian striker has been in unstoppable form this season and that continued with a hat-trick in a 6-3 thrashing at rivals Manchester United on Sunday.

Phil Foden also scored three goals in a superb attacking performance for the Citizens, who have now won four games in a row in all competitions.

Developing a plan to deal with Haaland will be one of Copenhagen’s priorities as the 22-year-old’s total for the season so far stands at 17 goals in 11 games in all competitions.

The Danish champions lost 3-0 at Dortmund on Matchday 1 but drew 0-0 at home to Sevilla last time out.

They haven’t been in top form recently, however; a 1-0 home win against Aarhus on Sunday was welcome after a four-match winless streak.

Stones is injured for City after picking up a hamstring injury while on duty in England, but Aymeric Laporte is nearing a comeback and Rodri could be back after missing out on United.

Kalvin Phillips is out with a shoulder problem.

Manchester City v FC Copenhagen will be played at the Etihad Stadium.

Sevilla against Borussia Dortmund will kick off at 8:00 p.m. in the other Group G game.

Kick-off is at 20:00 BST on Wednesday, October 5 and it is shown on BT Sport 3 (opens in a new tab) in Great Britain. See below for international streaming options.

Liverpool report: Jude Bellingham boost for Reds as Bayern Munich rule themselves out

Chelsea v AC Milan live stream: How to watch the Champions League from anywhere in the world