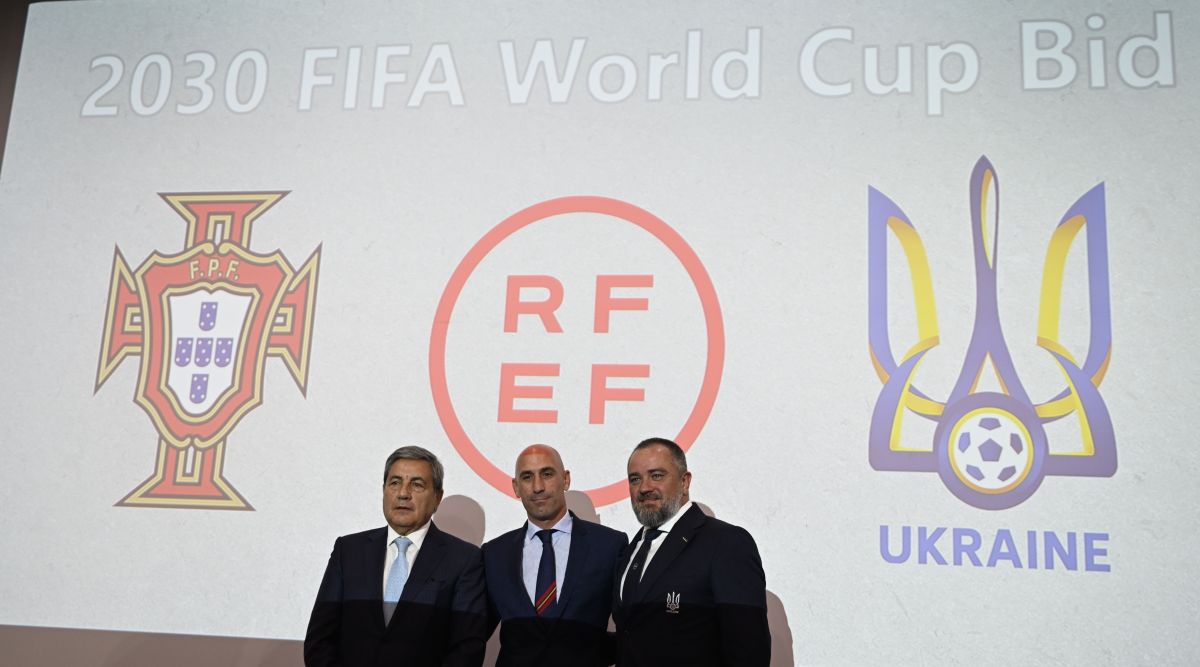 Ukraine will bid together with Spain and Portugal for the right to host the 2030 World Cup.

The Spanish and Portuguese football associations have confirmed the three-nation bid between the two Iberian countries and Ukraine.

Announcing the news, the RFEF (Royal Spanish Football Federation) tweeted that the partnership aims “to send a message of hope to society based on the transformative power of football”. It was reported (opens in a new tab) Tuesday that Ukrainian President Volodymyr Zelensky had given Ukraine the green light to join the bid.

Ukraine remains at war with Russia, which launched an invasion in February and has since annexed four regions of the country (opens in a new tab).

In a statement, the RFEF added that the Spanish-Portuguese-Ukrainian bid has the full support of UEFA President Aleksander Ceferin.

Spain already hosted the World Cup in 1982, while Euro 2004 was held in Portugal. Ukraine co-hosted Euro 2012 alongside Poland, with Spain winning the tournament.

There are currently three other bids for the 2030 World Cup, which will mark the 100th anniversary of the tournament.

As such, 1930 hosts Uruguay are in contention; they teamed up with Argentina, Paraguay and Chile. Egypt, Greece and Saudi Arabia have announced a tricontinental bid, while Morocco are aiming to become the second African country to host the World Cup.

It is expected that the host (or hosts) of the 2030 World Cup will be declared during the FIFA Congress 2024. This year’s World Cup in Qatar will start in less than seven weeks.

RB Leipzig v Celtic live stream: How to watch the Champions League from anywhere in the world