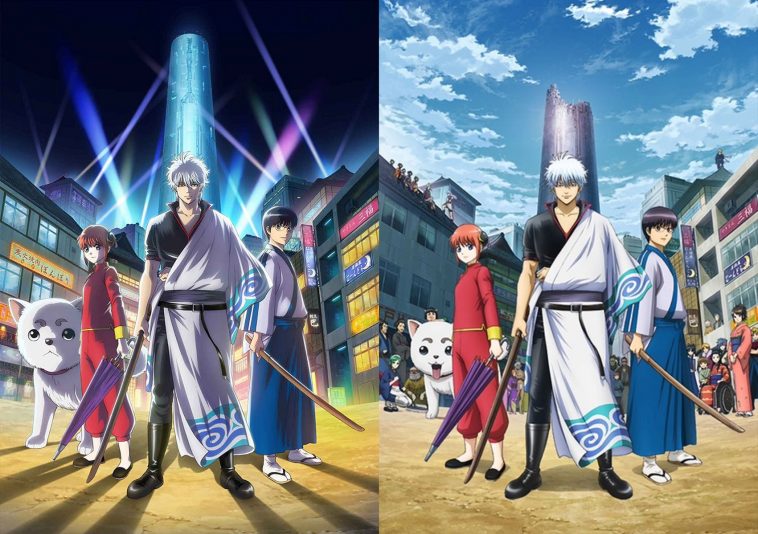 Gintama is one of the best-known action-comedy films in the anime universe. Fans loved the anime and movies that were released based on the manga. Hideaki Sorachi is the author of the manga. The anime was first released in 2006 and continued until 2010. The most recent anime series was released in 2017 and ended in 2018. Then a movie was also released in 2021. But between so many series and movie releases, fans got very confused. regarding the end of the franchise. Writer Sorachi has often made fans feel like he’s ending the franchise to keep releasing new chapters. So, in today’s article, we will talk in detail about the end of Gintama.

It has been really confusing for the fans to understand whether the famous Gintama series is over or not. This is because of the jump from series to film, and again, the series is very confusing indeed. But today we are going to talk about the storyline and other details of Gintama so that all confusion is over. It is very certain that the Gintama manga is actually over, and it ended a long time ago, in 2019. No new manga editions will be released anytime soon. As of 2022, it can be said with certainty that the anime is also over.

The anime started covering the final and longest arc in the story in 2018. After that, in January 2021, a movie was released titled Gintama: The Final. The film covered the last twenty chapters of the manga and finally ended the story. But then again, in January 2021, two special anime series were released to fill the gap between the original series and the movie. Two episodes of the anime special titled Gintama: The Semi-Final served as a bridge between the film and the series. It is therefore very certain that Gintama is finished. All manga chapters have been covered and the story is complete. So fans can rest assured that no new Gintama episodes or movies will be released any time soon.

Gintama’s plot is based on science fiction and focuses on an alternate world at the end of the Edo period. Aliens called Amanto are attacking Earth in this alternate world. And brave samurai are fighting to protect the world from aliens coming from the sky. However, the leader of the samurai, the shōgun, turns out to be a coward and gives up the fight. He establishes a new rule that prevents samurai from wearing their swords in public so that alien invaders will come to earth without any competition. Based on this timeline and background, the story of Gintama begins.

The protagonist of the story is a brave and eccentric samurai, Gintoki Sakata. He wanders around and does independent work to support himself. One day, he helps Shinpachi Shimura by saving his sister Tae from a group of aliens. Being eternally grateful to Gintoki for this, Shinpachi follows him in his freelance work. The duo encounter a teenage alien Kagura on their journey and rescue her as well. Thus begins the adventures of the trio as they embark on various independent adventures and also battle the evil and corrupt system and aliens. The real immortal alien, Utsuro, is introduced in the story, who is the real antagonist of the story.

Gintoki and his companions must team up with friends and foes alike to defeat Utsuro. Are they successful? To find out, you have to watch anime and movies. In the movie, there is an epic fight between Gintoki, Shinpachi, Kagura and the ultimate villain, Utsuro. Takasugi also plays an important role in this fight while destroying Utsuro. Even though at first Takasugi seems like the enemy, you can understand his sacrifice by the end of the movie.

Where to watch Gintama online?

Manga and anime lovers know how famous Gintama is. They love the storyline because of the super interesting sci-fi world and unique characters. If you are interested in watching anime or movies or reading manga, we have some sites where you can check out anime. At the time of its release, the film was screened by Eleven Arts. However, the anime and the movie are now available online for fans. You can check out previous episodes as well as the movie on Hulu, Crunchyroll, Disney+ and ESPN+. You can also read the manga online at Viz Media.

Katina Dejarnett’s age: how old is the youtuber Katina?