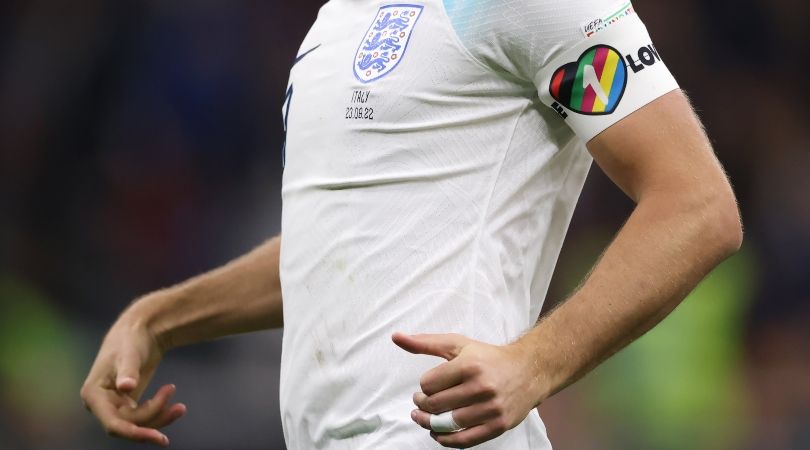 A man wearing a t-shirt with a rainbow surrounding a soccer ball was prevented by a security guard from entering a 2022 World Cup match, being told what he was wearing n is not allowed.

Grant Wahl, journalist and analyst for US television channel CBS Sports, reports that a security guard tried to deny him entry to Al Rayyan Stadium for the United States’ Group B clash with Wales , because of the clothes he wore.

Wahl tweeted: “Security refuses to let me into the stadium for USA-Wales. ‘You have to change your shirt. It’s not allowed’.”

Finally, the American journalist managed to enter the stadium, which he covers the match in a professional capacity, but not without incident.

“I’m fine, but it was an unnecessary ordeal. I’m in the media centre, still wearing my shirt. I’ve been detained for almost half an hour. Come on gays.”

I’m fine, but it was a useless ordeal. I’m in the media center, I’m still wearing my shirt. Was detained for nearly half an hour. Come on gays 🌈 https://t.co/S3INBoCz89November 21, 2022

The incident comes after eight nations, including England, Wales and the Netherlands, confirmed that their respective captains would not wear the ‘One Love’ armband at the World Cup, after FIFA ruled. threatened to punish players with immediate yellow cards during matches.

Initially, the nations planned to wear the multicolored armband throughout the tournament in Qatar, where homosexuality is illegal, to “promote inclusion and send a message against all forms of discrimination”.

However, the threat of player bookings caused each nation to reconsider.

BBC pundit Alex Scott protested the FIFA and Nations decision live on TV, wearing the OneLove armband live on BBC One in Harry Kane’s absence ahead of the England v Iran game.